Turn your novel into reality

You have the idea and foundation skills, you have the characters, and at least 20,000 words in the bag – now you’re ready to see your manuscript to completion. To do this, you need Write Your Novel – benefit from the valuable feedback of industry professionals and fellow writers, while also learning more about how to strengthen your story as it grows.

This novel writing program is designed to help you take your novel to the next level. If you haven’t finished the first draft, you'll receive the structure to complete it by the end of the program. If you have a first – or even a second or third – draft, the program will help you to look at it objectively and improve it significantly. You’ll learn how to identify any problems in your manuscript, ensure your structure is working and deepen your connection to your reader.

“This process is wonderful. All of a sudden it's like a light has been turned on
and things seem clearer. Now my job is to translate this onto the page.”

Enjoy the benefits of this online program

“The structure has put me back on a better path to move forward with a story in my head.
If there's a story in you, take it a step further with this course.”

Is this program right for me?

Write Your Novel is an advanced creative writing program. It assumes a solid knowledge of fiction techniques and at least 20,000 words written. Many of our students have completed courses such as Creative Writing Stage 1, Writing Workout and Novel Writing Essentials and are now serious about publishing a novel or book-length memoir.

During the program, you will have scheduled opportunities to workshop your novel in class, and to have your entire novel read and commented on by fellow participants as well as receiving feedback from your tutor. You'll also elevate your skills by regularly providing feedback on your classmates' writing.

This program is powerful and unique – there is no other novel-writing course like it in Australia. No matter what state your novel is in, this program will give you the motivation and discipline to take it to the next level.

“The best aspect of the course was learning how to critique and prepare a structural edit. By applying those skills to each other’s manuscripts, we learned how to use them to improve our own work.“

– Margaret Morgan,
now a published author, whose debut novel ‘The Second Cure' is in talks to become a TV series… 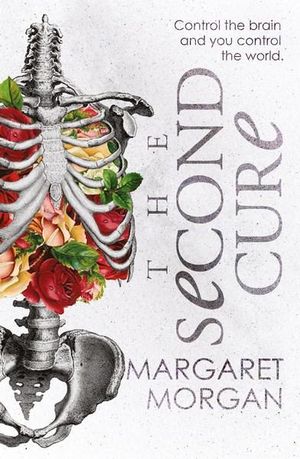 Frances Chapman
Graduate of Australian Writers' Centre, author of YA novel Stars Like Us

Pamela Freeman is the award-winning author of more than 30 books. Her most recent book, published under the name of Pamela Hart, is A Letter from Italy, an historical novel set at the height of World War I (2017). In 2016, The War Bride, an historical novel set shortly after World War I was published, sequel to The Soldier’s Wife (2015) (all published by Hachette Australia). For children, her most recent publication is the Princess Betony series published by Walker Books. Her new book for kids, Lake Eyre, is a non-fiction picture book (Walker Books, 2016).

Cathie Tasker is a fiction editor with over 25 years’ experience. She has mentored many manuscripts to publication and is experienced at guiding and motivating writers to improve their work.
Cathie has worked as an editor and publisher with HarperCollins, Scholastic Australia and Koala Books. She also worked as Marketing Manager for Koala Books and as a Book Club Editor at Scholastic Australia. In her career, Cathie has edited and commissioned nearly 800 books, many of which went on to become bestsellers and win awards.

Bernadette Foley was publisher of fiction and non-fiction for international publishing house Hachette Australia for 10 years, working with such authors as Di Morrissey, William McInnes, Gabrielle Lord, Graeme Blundell, Kate Ceberano, Bronwyn Parry, Lian Hearn, Pamela Freeman, Troy Cassar-Daley and many more.
She is one of the most connected people in the publishing industry and has worked as an editor and publisher for over 30 years, receiving the George Robertson Award for Service to the Australian Publishing Industry in 2015.

Angela Slatter‘s Verity Fassbinder supernatural crime series was published by Jo Fletcher Books/Hachette International, and she has recently signed a two-book deal with Titan UK for the gothic fantasies All These Murmuring Bones and Morwood. She is also a master of short stories and has authored nine short story collections, including The Girl with No Hands and Other Tales, Sourdough and Other Stories, The Bitterwood Bible and Other Recounting, Black-Winged Angels, Winter Children and Other Chilling Tales and A Feast of Sorrows: Stories. Angela has won a World Fantasy Award, a British Fantasy Award, one Ditmar Award, and six Aurealis Awards.

What the Presenters say

If your goal is to write a novel, AWC offers three stages of creative support and guidance to help you get there. Creative Writing Stage 1 kicks things off – giving you a solid understanding of how to build your story. In Novel Writing Essentials and Write Your Novel, you will workshop your actual manuscript and take it from its beginnings to completion.

Q: I haven't done a writing course before. Is this course for me?
A: This program is for writers who already have advanced fiction knowledge and at least 20,000 words written of a manuscript (see the creative path section above). We recommend our Creative Writing Stage 1 course as an excellent first course or refresher, while Novel Writing Essentials is an 8-week introduction to workshopping your work and refining your opening chapters.

Q: Does this course suit memoir writers?
A: Yes, although if your memoir is more emotional in nature, then we recommend having a first draft of your memoir completed prior to applying for Write Your Novel. This program allows you to then approach the material analytically through workshopping. For specific assistance initially, our Life Writing and Creative Non-fiction courses are excellent.

Q: I've completed Write Your Novel before. Can I do it again?
A: Of course! In fact, we have many students who choose to return due to the valuable workshopping process (difficult to replicate in the ‘real world’). This includes those repeating for a subsequent draft of the same manuscript, as well as those who are writing a new book and want to enjoy the same benefits that assisted them previously.

Q: How many people are in the program?
A: Due to the workshopping nature of the course and ensuring you receive adequate access to your tutor and value out of the program, we limit class sizes to a maximum of 16 students.

Q: How much time is needed each week?
A: This will depend on a few factors, including your reading and writing speed. But, as a rough guide, you’ll want to allow approximately 5-6 hours per week for the 6-month program or per fortnight for the 12-month version.

Q: I'm writing books for children. Can I do this course?
A: Absolutely! In fact, you may use the program to complete a series of books. We have many students in the program who are writing middle grade novels or YA. (Note: The program is not suitable for picture books however – for this, you’ll want our Writing Picture Books foundation course and Masterclass.)

Q: Okay, I think I’m ready. How do I apply?
A: Fantastic! You’ll need to prepare a short bio and then provide a 1500-word writing sample (from your Work In Progress is fine) – as it’s important to ensure everyone is at a similar level to make workshopping worthwhile. The course tutor reviews all applications to ensure this program is going to best suit your goals.

By the end of this progam, you will have:

Want to know where all the cool kids hang out? The Graduates’ Club of course! Now, calm down – there’s no cigars, leather armchairs or loud ticking grandfather clocks here. But it IS exclusive invitation only (on completion of a course) and it’s free! Meet other writers online and share successes, seek help or just get something off your chest. Many students believe this ‘legacy learning’ is one of the most valuable things about our AWC community, and who are we to argue? So if you want to receive feedback, support and a heads-up on opportunities … join the Club!

American editor Pat Walsh says: “The number one reason your book may never be published is that you haven’t written it.” Don’t let that be true of you… Apply today!

SALE: Up to 40% off until midnight 30 November VIEW COURSES