Drew Chapman is the American crime author of The King of Fear and The Ascendant. He has also been a screenwriter for Disney, Fox, Universal, Warner Brothers and Sony and has co-executive produced the second season of the spy show Legends. Drew Chapman says you need to create a hero 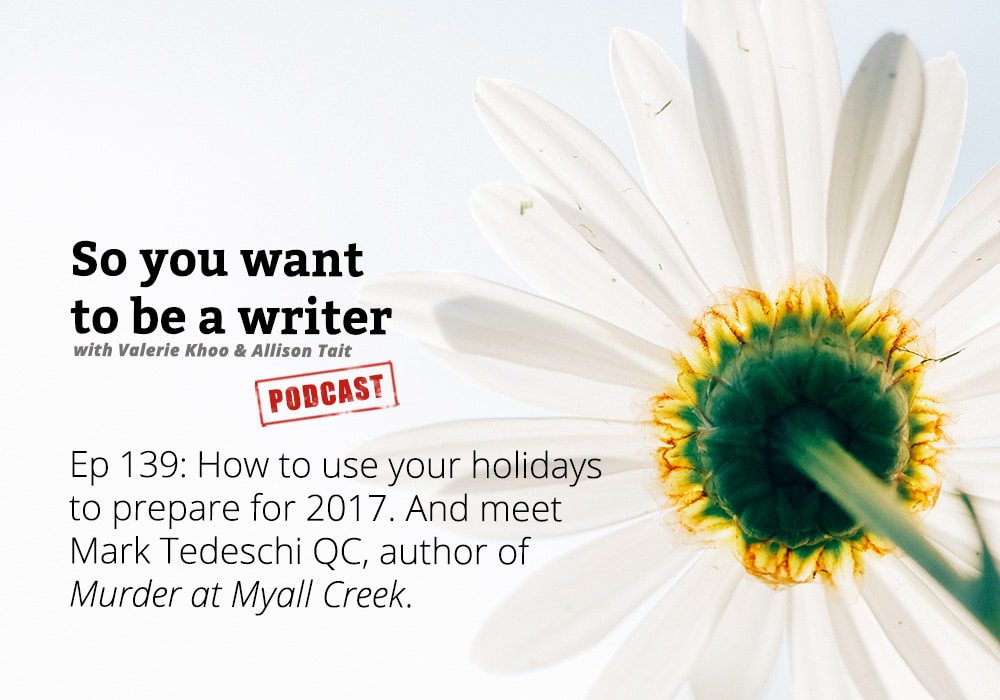 In Episode 139 of So you want to be a writer: Discover how you can use your holidays to prepare for 2017. Do you have bibliophilic tendencies? We think you might! You’ll also meet Mark Tedeschi QC, author of Murder at Myall Creek. Plus, we reveal our favourite episodes of 2016