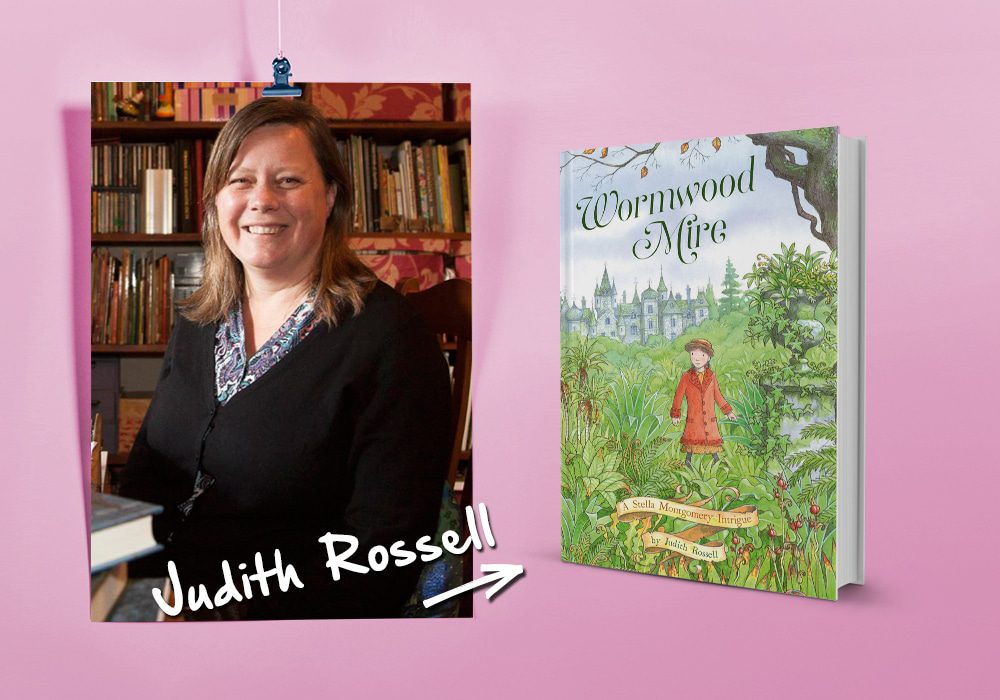 Unless you were under a rock in 2015, you would have been well aware of Judith Rossell’s multiple award-winning book, Withering-by-Sea. It was subtitled “a Stella Montgomery intrigue” – and now Stella is back for another intriguing installment.

So Judith, the second book of this series has finally hit the shelves. Can you tell us what Wormwood Mire is all about?
“At the end of the first book, Withering-by-Sea, Stella returns to her dreadful aunts covered in mud and dressed as a boy, after being missing for two days. They are furious, and send her away to the family home, Wormwood Mire, to stay with her two cousins, Strideforth and Hortense, and their governess. The house has been empty for 10 years. It is surrounded by a tangled, overgrown garden, and there’s something lurking in the lake. Stella has a frightening adventure, and discovers some things about her own past.”

Sounds like another fascinating tale perfect for all readers who loved the first one! So remind us where the idea for Stella and her story come from?
“It came out of my obsession with Victoriana. I wanted to write an old fashioned scary adventure.”

It is certainly paints a vivid picture. So, honestly, when you wrote the first book, Withering-by-Sea, did you have more adventures in mind for Stella?
“Originally, I thought it would be just one story. But there were still some unexplained mysteries, and I thought Stella could have another adventure.”

Well fair enough too. And can Wormwood Mire be read as a standalone book?
“Yes, I really wanted people to be able to enjoy it even if they hadn’t read Withering-by-Sea. The story follows on, but there are new characters (apart from Stella) and a whole new setting.”

As well as being an author, you’re also an accomplished illustrator. Could you talk us through your process of putting together a story like this? For example, do you start with the words or the pictures? Or is it a blend of both mediums?
“I start with the writing. Sometimes, if I’m stuck, I draw a picture of a character or a scene, and that helps me get ideas, but I try to finish the writing first before doing the illustrations. I much prefer drawing the pictures, so it’s like finishing up all the nasty boiled vegetables before having lovely dessert. I’m determined to make sure the words come first, and not let the images I’d like to draw dictate the direction of the story.”

And what's next for you? What are you working on?
“Stella will be having a third adventure, and I will have to start that soon. I find writing very difficult, so it’s nice to be between books for a little while.”

Great news for Stella fans though. And finally, what's your advice for aspiring children's book writers?
“Write a whole lot. Like everything else, you get better with practise, so do lot of practise. Read a lot. Don’t give up.”