5 ways to engage readers in your young adult book 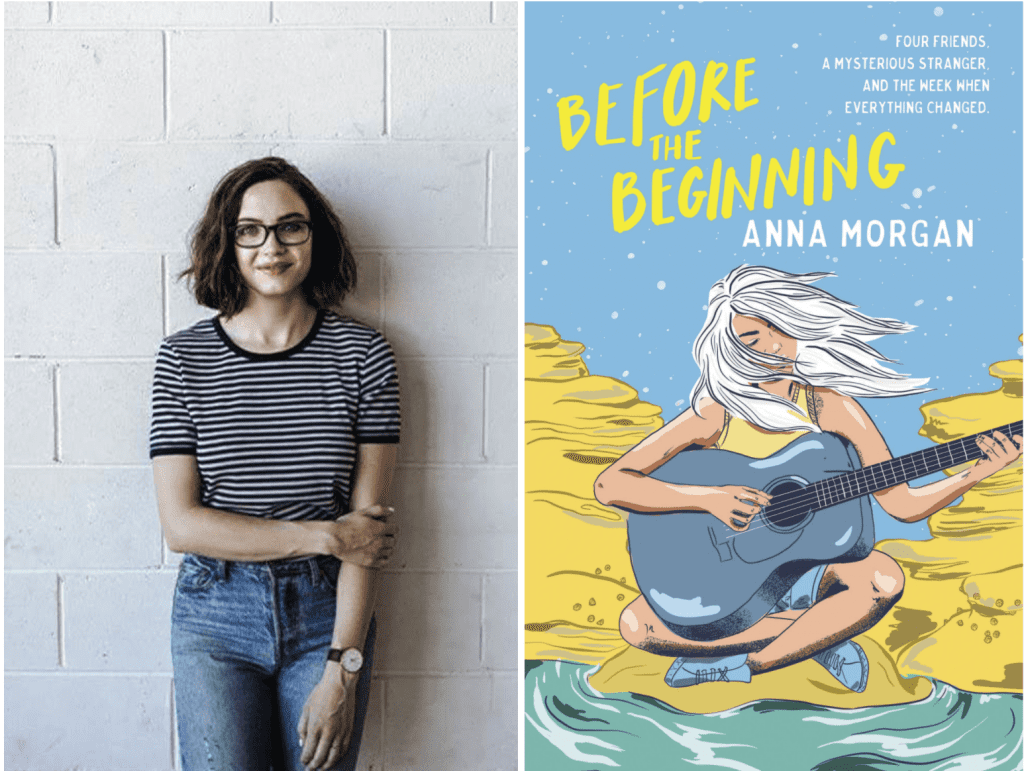 The latest book by YA writer and bookseller Anna Morgan is Before the Beginning. Here she reveals her top five ways to engage readers in your young adult book.

One of the most common pieces of feedback I’ve heard from readers is: ‘Once I picked up your book I couldn’t stop – I read it all in one day’. When a book takes multiple years to write it can feel slightly dispiriting that it only takes a reader a single day to finish, but I take this as a compliment to plotting. YA books span wildly different genres and tones, but one common feature is a strong plot, and it is something I am thinking of all the time as I write – where do the points of conflict go, and how can I build them higher? How can I end this chapter with the momentum to keep going?

This doesn’t mean that books for teenagers are formulaic – strong plots can come in all kinds of inventive structures. In Before the Beginning I split the novel into four parts, each told from a different perspective. I had to keep in mind a natural rise and fall of the tension within each section, while also keeping the overarching shape of the novel building towards the ending: I thought of them as four mini-plots within one larger one.

Perhaps the only reason I will forgive a book for a slow plot is if there are well-drawn characters who feel like people I want to hang out with. For me, characters start to take shape with a few key details – for instance Casper, one of my characters in Before the Beginning, never ties his shoelaces and somehow doesn’t ever trip. Or Noah, usually tightly wound and academic, who cried when the Mars Opportunity rover shut down.

Taking character tropes and playing with or reversing them can also help. In Before the Beginning, Elsie at first appears to be a classic activist and Grace a conservative rule-follower, but as their relationship develops the assumptions they have made about each other begin to fall away and their own complexity becomes more evident. Once your characters become real people to you, they will connect with your teen audience.

The teenagers and young people I know are interested in all kinds of things, from arthouse movies from the 90s through to space travel. If you’re interested in something specific and strange, it is likely there will be teen readers who will connect to that too. In my first book, I included creative non-fiction retellings of a true unsolved mystery (and invited many readers into my obsession with it in the process).

In Before the Beginning, I spent lots of time researching the mythology of sea creatures from all around the world, and wove my findings through the narrative in the form of imaginary dictionary entries. I’ve learnt that if I come across something in the writing process that makes me think ‘this is too strange, no one other than me would want to read this,’ it often ends up becoming my readers’ favourite part of the book.

There’s a temptation to try to include all the latest trends or slang when writing for young people, but you risk pulling the reader out of your story if you get it even slightly wrong (teenagers will definitely notice). In my first novel, I had to change a reference three times because I was editing for so long it kept becoming outdated! If you know pop culture and can weave in the references naturally, that’s great – Jenna Guillaume’s YA novels do a brilliant job at this – but it’s not an essential part of writing for teenagers.

Technology is similar. Using smartphones and apps are a big part of teens’ lives, but with the speed these things change and the timeline of publishing I’ve found it best to incorporate technology with a light touch. My characters are often using their phones to ‘message’ each other, but I don’t say which app they are using. One character scrolls through her phone, which I changed in various drafts to include Instagram, Tumblr, TikTok, and finally took out all specific references and said ‘social media apps.’ And in Before the Beginning I cheated slightly by setting most of the action on an uninhabited island with no mobile service!

Finally, I think teenagers respond to a sense of optimism and energy in your work. YA novels can definitely contain darkness – I just finished and loved Ellie Marney’s None Shall Sleep which is all about teenage serial killers – and I also think they need to contain a seed of hope.

In my novel my characters are facing big fears: the collapse of an academic future, the loss of key friendships, rejection, and uncertainty about their lives beyond school. But I also gave them the resilience and courage to take on these losses and find a way through. The young people I know respond to the challenges they face with hope and energy, and I believe the best fiction for teenagers reflects that.

Anna Morgan is a YA writer and bookseller. Her first novel All That Impossible Space was published with Hachette in 2019 and was a CBCA Notable Book for Older Readers. Before the Beginning is her second novel. She lives in Melbourne with her husband and an ever-growing collection of indoor plants (most of which are still alive). 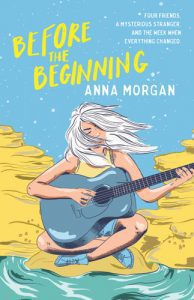 Before The Beginning:
Schoolies week: that strange in-between time when teenagers move from school into the adult world. It's a week when anything is possible, and everything can change.

Grace is questioning everything she thought about herself, and has opted not to join her clique of judgemental friends for schoolies, instead tagging along with her brother Casper and his friends. Casper, an artist, is trying to create the perfect artwork for his uni application folio. Overachieving, anxiety-ridden Noah is reeling from a catastrophe that might have ruined his ATAR result. And Elsie is just trying to figure out how to hold their friendship group together.

On the first night of the trip, they meet Sierra, a mysterious girl with silver-grey hair and a magnetic personality. All of them are drawn to her for different reasons, and she persuades them to abandon the cliched schoolies experience in favour of camping with her on a remote, uninhabited island. On that island, each of them will find answers to their questions. But what does Sierra want from them?

An empathetic and suspenseful coming-of-age story from the author of All That Impossible Space.