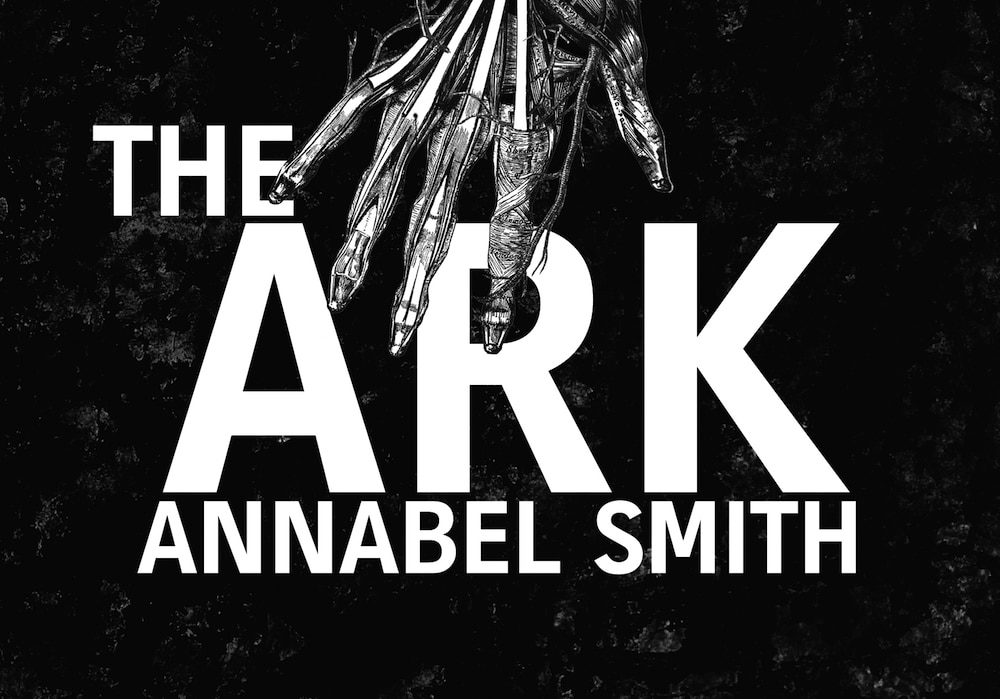 Why write a novel, when you can write an interactive novel?

That was the challenge for author Annabel Smith in her latest venture – a digital interactive novel and app called The Ark. This is Annabel’s third book, but the experience was completely different to what had come before. So we sat her down at her ukulele-adorned desk and asked her about this intriguing concept…

So Annabel,The Ark – quick synopsis please.
The Ark is a digital interactive novel and app in which a group of scientists and their families retreat into a bunker inside Mount Kosciusko during a post-peak oil crisis, alongside a seed bank which holds the key to the future of life on earth.

And what’s all this talk of an app for your book?
The app invites readers to dive deeper into the world of the novel, and to continue to develop that world by sharing their own content inspired by the novel. Readers can tour the bunker, eavesdrop on characters’ conversations, and upload their own articles, audio recordings and videos to add to the narrative. 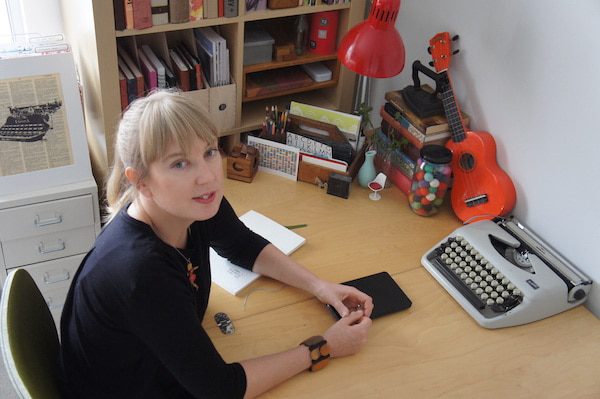 Wow, so readers can actually enter the world and interact with it. So here’s the chicken/egg question – which came first, the story idea or the interactive concept?”
The idea came first. For me the story always drives the form or structure of my novels. I began making notes for the novel after reading Adrian Atkinson’s essay ‘Cities After Oil’, about the likely collapse of society as we know it, in a period of chaos following post-peak oil. Then, in the ‘environmental lifestyle’ magazine G, I saw a snippet about the Svalbard Global Seed Bank, also known as the Doomsday vault. These two ideas came together in my mind and The Ark was born.

The story is told through emails, news articles, blog posts, text messages and conversation transcripts. After reading some early chapters, the writer Robyn Mundy suggested it might lend itself to a digital, interactive ebook and I took the idea and ran a thousand miles with it!

That’s quite a jog. So how long did it take to bring it all together?
It took me about five years in all. For much of that period I was working part-time and only managing to write a couple of school-length days per week. I had a period of writer’s block during the writing of the first draft when I didn’t make any progress for around three months. I also procrastinated hugely on the first round of edits, which I made based on feedback from some trusted writing colleagues.

But it wasn’t over with just the words. How intensive was the process of building your digital world?
The digital world of The Ark, which comprises a web-based app, took a little over a year to create. First I had to build a team. I worked with a programmer, graphic designers, architects, and a 3D animator and it took some time to find the right mix of people. Once I had the team on board, it basically became a project management task. I was in an endless round of email exchanges and meetings as we worked together to achieve my vision for The Ark. After the site was built, I created all the content, which includes frequently asked questions, fan fiction suggestions, bonus scenes and deleted scenes. This turned out to be a massive undertaking that I seriously underestimated!

Tell us about the help you received for the website/app from an Australia Council ‘Creative Australia Fellowship'. How did you access this?
The Creative Australia Fellowship was the first Australia Council grant I had applied for. I did not believe I had any chance…because they were for all arts forms Australia-wide and I knew they would be fiercely competitive. I applied as a ‘practice-run’ with the Australia Council grant application system. When they rang to say I had been successful, I almost fainted with shock! It was definitely one of the highlights of my writing career so far. Since then, I always encourage people to apply for opportunities, even if they feel they may be out of reach.

What level of detail did you have to provide on your project?
The application required:

Since the categories were quite broad and the entire application was only 2-3 pages, I knew every single word counted. I revised that document many times!

Sounds like it paid off. So talk us through how different this novel was compared to your previous two traditionally published books.
The Ark was a self-published novel. The Australia Council Fellowship provided me with financial support but beyond that I was on my own, so the experience was very different from my previous experiences with traditional publishers. On the positive side, I had total control of every aspect of the process, from the title, to the cover design, to which editors I worked with. The flipside of that was a very steep learning curve, the time cost of coordinating the entire process, and the stress of being an absolute beginner and being responsible for every aspect of production.

And what has the response been like to the book/app?
People have been hugely enthusiastic about the innovative aspects of The Ark and even some diehard Luddites have given it a crack and admitted that they enjoyed it, which feels like a huge triumph. Lots of people have told me that they couldn’t put it down which I take as a great compliment. 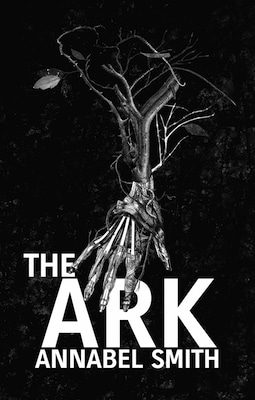 How do you hope the story of The Ark will progress?
The novel begins with a newspaper article that describes the discovery of the bunker in 2093. But the action of the novel takes place over just two years, beginning in 2043. A number of readers have already said they are dying to know what happened – both inside the bunker, and in the world outside –between the end of the novel and the discovery of the bunker almost 50 years later. It’s still early days but I’ve already received some wonderfully creative responses in the form of fan fiction.

Describe your typical writing day.
It's a short working day and I make every minute count. I have a nerdy little timetable which includes time for the creation of new work (I aim for 500 words a day), administration, interaction with the writing community (through Twitter, Facebook writers’ groups and blogs), marketing activities (social media and face-to-face events), as well as some time which is allocated to other writing opportunities, for example grant and residency applications, writing articles, short story submissions etc. I keep myself on track with a kitchen timer, which has a horrible shrill ringing sound I can’t ignore – much to my cat’s annoyance when he is taking a nap in my study!

Wow super organised! (Although we had kind of already guessed that when we saw how neat your desk was!) So what’s up next for Annabel Smith?
My current work-in-progress, Monkey See, is the first book in a trilogy about a trio of unlikely heroes who must unite to overthrow a sadistic cult and save their city before a tsunami strikes. Set in a post-technological far-future version of Chile, I describe it as an epic quest with a speculative fiction twist. It is far and away the craziest book I’ve written and I’m having enormous fun with it.

And fun is what it’s all about. Thanks Annabel, and everyone else – check out the interactive world of The Ark today!