Her second book, Fire Came Down is here – so let’s have a chat about that first before snooping around her writing space…

Hi Emma. Fire Came Down is the second novel in your Caleb Zelic series. Can you elaborate on this? “It takes place seven months after the events in Resurrection Bay and Caleb is struggling: his best mate is dead, a heatwave is suffocating the city, and his beloved ex-wife, Kat, is avoiding him. When a young woman is killed, after pleading for his help in sign language, he’s determined to find out who she was. The trail leads him back to Resurrection Bay where he finds his hometown on bushfire alert, and simmering with racial tensions. As Caleb delves deeper into the case he uncovers secrets that could ruin any chance of reuniting with Kat, and even threaten his life.”

What themes does it explore?
“And Fire Came Down is about the nature of family and belonging, and the grip our pasts can have on us, both good and bad. I began writing it with a strong sense of the atmosphere I wanted to create: hot, intense and claustrophobic.”

Heatwaves and bushfires will certainly help with that. So, let’s turn our attention to your writing routine. What's the first thing you do before you sit down to write?
“I really want to say ‘meditate’, but as I’ve managed to do that exactly twice this year, I’m going to be honest and say check Twitter. The second thing I do, is turn off the modem.”

We meditated before this interview actually. (Okay, that’s a lie. We ate a tub of ice cream and cried.) Ahem, anyway. So, with all those tweets safely nested, you’re ready to go. Describe your writing space – and don’t leave anything out! 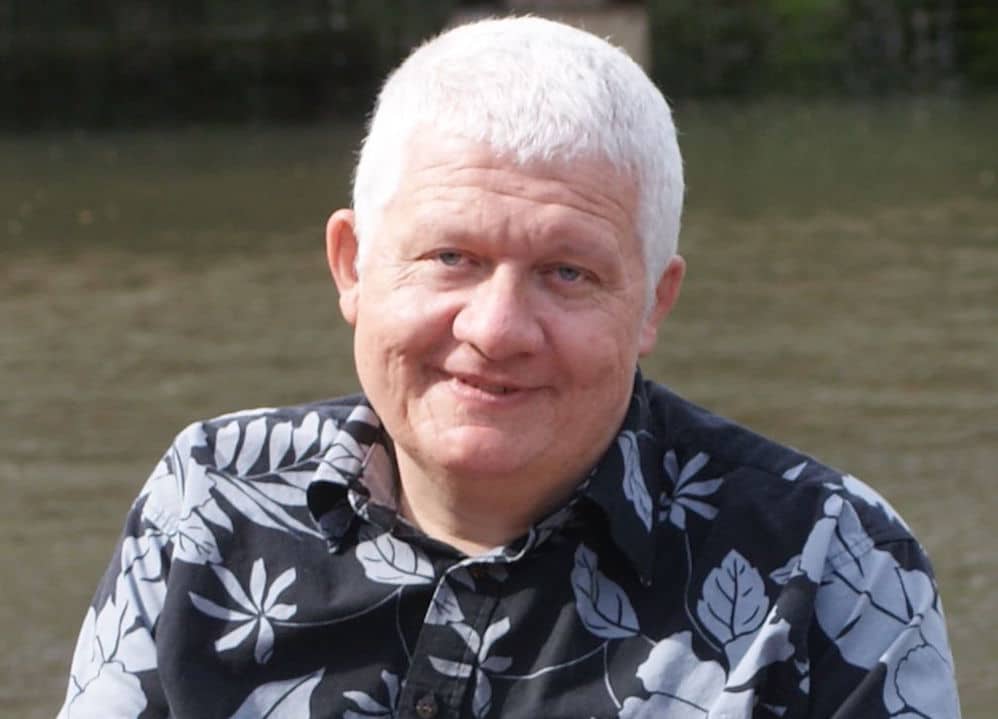 “For the past six months I’ve been lucky enough to have access to a friend’s writing studio a couple of days a week, but most of the time I write in my living room. I haven’t got a desk so I usually sit cross-legged on a chair, with my dog, Otto, by my feet. If I need to escape my family, I go to the bedroom. My favourite place to write is by the living room window where I can sit and watch the world go by while I think. We’ve got chooks in the front garden, and a little free library, so there’s a steady trickle of people stopping by to browse for books, or talk to the chickens. Lately I’ve also been doing some of my writing at a custom-made standing desk in the kitchen – see photo.”

Do you have anything visual to inspire you while you write?
“I don’t usually use visual cues when I write, but I happened to have a perfect prompt in front of me while writing And Fire Came Down, a painting by the artist Rob Gray. It features the moon, fire and darkness, all of which are recurring themes in the novel.”

How many words (or hours) do you aim for in a day when you are writing?
“I never count words and rarely count hours. Some of my best writing days are spent honing a sprawling page into a taut paragraph, and seeing that word count tick backwards can be demoralising. Instead, I write when I can. This can be anything from twenty minutes snatched at work, to a 14-hour marathon if there’s a deadline looming. It’s not so much discipline, as accountability. I come from a classical music background so practice is part of my daily routine. There’s nothing like knowing I’ll be playing in front of an audience to make me work hard. The only difference between writing and performing, is that the audience isn’t in the same room as me.”

Okay, so when you ARE writing, can you take us through your routine on a typical day?
“I work part-time and have a family, so every day has its own rhythm. In the early stages of writing a novel I do a lot of thinking away from the computer. My best plotting often happens while I’m riding to work, or doing chores. The actual writing part happens on my non-work days, on weekends and in the evenings, often after the rest of my family has gone to bed. “If I’ve got the luxury of a whole day to write, I do a (very) short run, check social media and the newspapers over breakfast, then get stuck into writing around 8am. I do my best work before lunch, so those early hours are precious. After lunch my brain powers down, so I write in short bursts of 45 or even 30 minutes in order to keep focused. This is also when I answer emails and other requests. If the writing is going badly, I coax myself along with the promise of various treats: coffee, a reading break, a stint on social media. I’ve also been known to have the odd nanna nap.

“If I haven’t exercised during the day, I’ll do a Pump class before dinner. I’m naturally pretty tightly wound and I’ve found exercise to be the best way of relieving stress, as well as combating the dreaded ‘writer’s arse’. If I’ve had a productive day, I’ll wind down after dinner by watching something on Netflix or iView. If I’m writing in the evening, I always use the f.lux app on my computer. F.lux automatically adjusts the screen’s colour-temperature through the evening, gradually eliminating the blue light that makes you wakeful. The last thing I do at night is read. Sometimes it’s only a few pages, but I can’t get into bed without a book in my hand.”

You're a classically trained clarinettist – and have played with some big names in the biz. Where did your passion for writing fit into this picture?
“I’ve been writing since I was four or five. I loved reading as a child, but we lived a long way from the library so once I’d read all the books in the house there was a long wait for new ones. Writing became another way of immersing myself in other worlds. My music career became my main focus from my late-teens onwards, but I missed writing desperately. I scaled back my playing when my children were young, and began writing regularly, purely for my own enjoyment at first, then more and more seriously. After I’d written my first full-length manuscript, I was hooked.”

Can you share with us what you’re working on now?
“I’m in the early stages of planning the third novel in the Caleb Zelic series. I’m researching and doing a lot of mulling, getting a feel for the overall shape of the novel, as well as the major plot points.”

Perhaps a fair bit of time being spent watching the chooks’n’books out the window! So finally, what's your advice to up-and-coming crime writers?
“Keep writing and reading, and be patient. It takes a long time to become proficient at any skill. No one would pick up a musical instrument and expect to be at a professional level in three months, or even three years. Writing is exactly the same.”