We’re no strangers to the talented Fleur McDonald and her seemingly never-ending list of colours with which to incorporate into her book titles. And this week, following the tradition of her bestselling novels like Crimson Dawn and Indigo Storm, she has released her latest fix of rural fiction – the suspenseful Sapphire Falls.

Recently, we sat down with Fleur in the shadow of one of those outback windmills to ask her a few questions…

Hello Fleur! And congrats on Sapphire Falls too – nice title. So, can you tell us what Sapphire Falls is about?
“Sure, I’d love to! Fiona Forrest is devastated when her husband Charlie commits suicide after the accidental shooting of his mate Eddie. Though Fiona decides to keep farming their successful property, ‘Charona', rumours that she intends to sell keep circulating.

“When Detective Dave Burrows arrives to sign off on the investigation into Eddie's death, his suspicions are aroused by some strange anomalies at the scene. As Dave becomes increasingly convinced that something sinister is going on, Fiona finds herself dealing with a series of disasters on the farm . . .”

Wow, that does sounds sinister, and certainly would not have suited our other suggested title of My Charona. But seriously though, this plot is based around a mysterious death. So um, where did the inspiration come from?
“Quite a few years ago, I heard a story on the radio about a man who had been killed in a fox shoot. This news item was actually an accident and very tragic, but I got to wondering if a murder could be made look like an accident in this situation.

“This idea of the accidental death has been percolating for quite a few years, I just needed to fill in the gaps, which I’ve finally managed to do!”

You certainly have. So it sounds like Sapphire Falls draws heavily on the crime/mystery genre. Can you tell us about what you think defines “rural fiction” and any of the influences or inspiration you've had from other genres?
“It’s no secret that I love reading crime. Starting with Enid Blyton’s Famous Five and Secret Seven, before graduating onto Michael Connelly, John Grisham and Patricia Cornwell’s early novels, these are some of my all time favourite reads. It’s probably not surprising there is an element of mystery and crime in my novels.

“'Rural fiction' tends to have sub genres within the genre itself. There’s romance and historical fiction all set in country areas, which makes it ‘rural', but having a strong female lead character is a necessity.

“To me rural fiction is about women achieving their goals in a male dominated industry. From when I started farming, back in the early 1990s to now, the change and growth of women within the agriculture sector has been phenomenal. I will do anything to help promote women in primary industries and I can do this by writing rural fiction.”

#Imwithherd? Anyway, that’s awesome. In fact, your work has been described as having an “underlying agenda of female empowerment”. How does that manifest in Sapphire Falls?
“To empower women is one of the big aims of my writing. I always try to make my characters real and believable. Some women don’t have the same sort of confidence as my characters. But when they see other women are achieving I hope it makes them feel if they can too. If this is the case, I’ve accomplished what I set out to do. (Can I just say, my characters have a lot more confidence than I do!)

“Fiona is dealt harsh blows within the first few pages of the book. She’s suddenly widowed and left with a large farm to run. She’s dealing with rumours and lack of money. Through the haze of grief, she continues to keep on farming and handle everything going on with determination and grit. She’s still hurting and sad, but as Fiona says to her friend, Jo, not long after Charlie dies: ‘We’re country women, we just get on and keep going. No one else is going to do it for us.’”

It’s great that you can share that through your writing. On a different note, the landscape itself is always an important part of rural fiction – practically a character in itself. Can you tell about why you set Sapphire Falls in the Flinders Ranges?
“I grew up in the Flinders Ranges and my family still live there. It’s the sort of area that drips into your bloodstream and never leaves. The dust seeps into your soul and doesn’t let you go. I love the area with all my heart and that lends itself to writing about the countryside with authenticity. Painting pictures with words and making the reader have the sensation of sun on their skin and dust in their eyes, from their lounge room, will make them keep turning pages!”

You certainly paint fantastic, area dripping, dust seeping pictures with your words! So, given your experience in the genre now (since first publishing Red Dust in 2009), what advice would you give to authors wanting to write rural fiction?
“There are so many authors writing rural fiction now – I feel it would be best to try to write a different genre. Sales are beginning to drop slightly and the market is certainly crowded! However, if they desperately want to write it, they must have a unique and original voice. The storyline needs to be something very different to what is already out there, because 1) the authors who already have been published have a readership, and 2) the reader doesn’t want to read a storyline they’ve read before in different words.”

You’re absolutely right. It’s all about a unique story told with a new voice. And finally, are you working on another book now? Or any other projects?
“I’m working on my new commercial fiction novel called The Missing Pieces of Us, which is due to hit the shelves in April 2017, my next rural fiction due out in November 2017 and my next children’s book, What Does a Horse Say? will be out in 2018.” 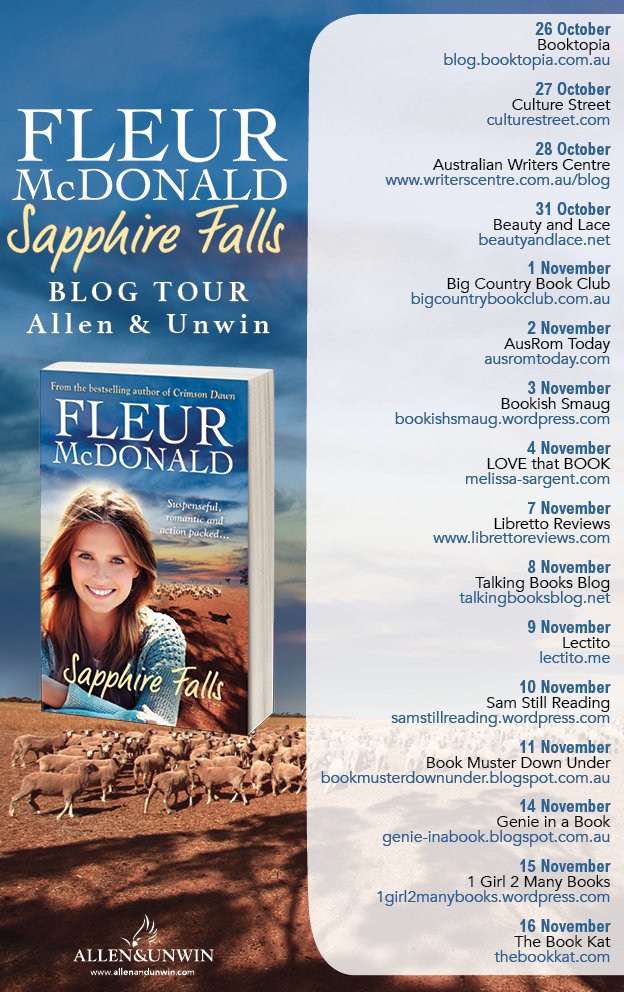 PrevPreviousCOMP CLOSED: Win this f***ing book!
NextMURDER EP 10 Barry Maitland is an award winning author of crime fiction including the acclaimed Brock and Kolla series, as well as “Bright Air” and the new Belltree TrilogyNext