How high do your stakes have to be? 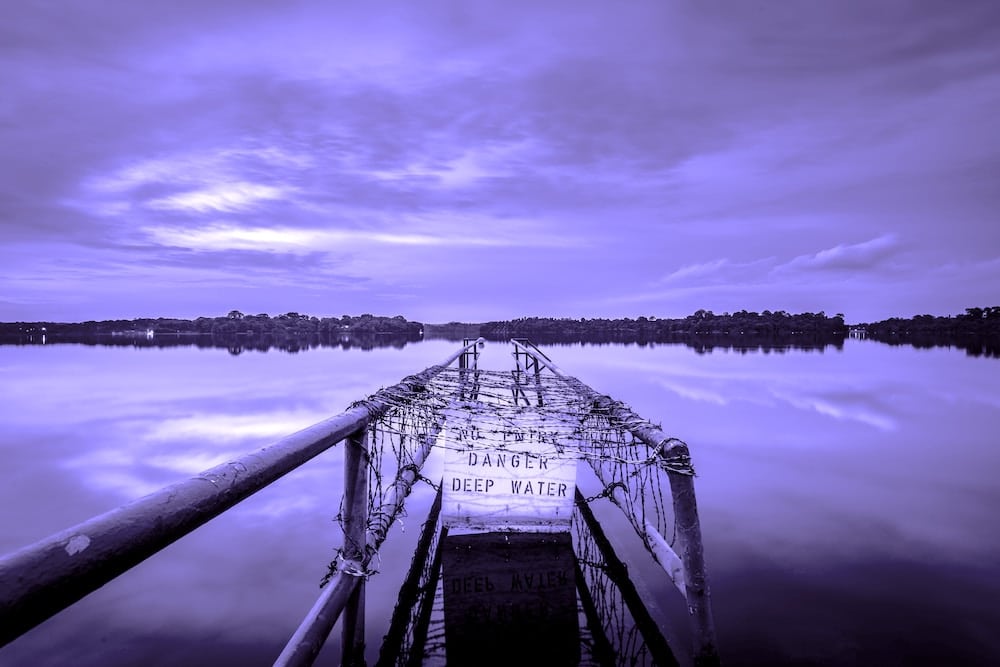 How high do your stakes have to be when writing a story? Is death, destruction and violence necessary to push your story forward?

I started thinking about this after a discussion on the So you want to be a writer Facebook community. A fellow writer said that she had chickened out of entering a short story competition because she didn't want to write about abuse.

I told her about my own stories, and how they rarely feature abuse or violence. It's not something I've done consciously; it just doesn't interest me. Don't get me wrong. People die in my stories. But it's rarely gruesome or grisly or unnecessary. And yet, I've been published and ranked well in competitions. I've even won a big one.

Like National Flash Fiction Day. They broadcast on Twitter that they didn't want any more death, destruction and apocalypse stories. “Bring the funny,” they implored!

This was retweeted by The Short Story Publishing, who agreed. We wound up having a conversation about how high your stakes need to be. They said that generally, short stories focus on death and destruction, and they would prefer more uplifting reads.

High stakes without a death count?

Every story is about a journey. That is where your tension comes from. The stakes can be seemingly low, but for your character/s they mean everything.

An example: I have a neighbour with severe physical disabilities. He's very elderly and walks with two canes. When I say ‘walk', I mean he hobbles. It takes him 45 minutes to walk the 500 metres from his apartment to the newsagent. He does this every single day to buy the paper. And then he turns around and walks back.

For that guy, the mere appearance of a badly placed rubbish bin, some newly lain concrete, a gaggle of teenagers who won't move – these could be incredibly high stakes for him. In the right hands, that could be a compassionate, tense, moving, stressful story.

Or as The Short Story Publishing put it, even a paperclip could provide seriously high stakes. 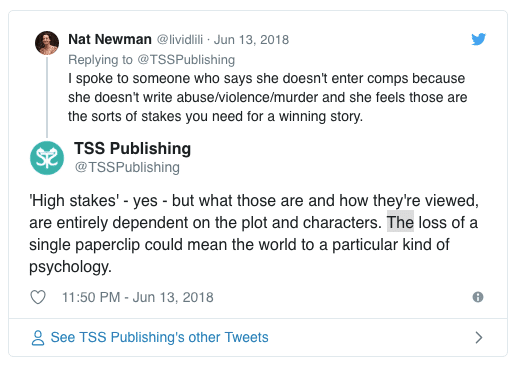 Other kinds of stakes

In other words, they can be stuck under a piano. Or they could be stuck at a piano, completely unable to play a note.

They could witness the death and destruction caused by an evil regime. Or they could make the most of an interesting situation and strive to be their best.

They could be worried about the end of the world. Or they could just be worried that their child is becoming an adult.

Of course there are times when horrible things have to happen to or around your characters. But sometimes we feel compelled to make horrible things happen for the sake of the story. Are you sure you're doing what's right for the story? Or just what feels like the most bang for your buck?

We as writers can be more clever about what things propel our characters in their action. Going for death, rape, abuse, violence, etc can be lazy. We all live amazing interesting lives, and we don't have to write about such atrocities if we don't want to.

So don't be afraid that your stakes aren't high enough. The roadblock you have put in the path of your character only has to be big enough to stop them on their way. It doesn't have to shock or appall anyone.

What do you think? Can you tell a good story without violence and murder?

This post originally appeared on lividlili.com. Reproduced with permission.

By Nat Newman
Nat Newman is a freelance writer