How to promote a book: Tips from top authors – Part 1 So your book – the labour of love you’ve poured countless hours of work into – is finished and ready for publication. Whether you’ve got a publisher with a marketing team or not, as an author you still want to do everything you can to spread the word about your masterpiece.

We’ve created a blueprint on exactly what you need to do in our course Build Your Author Platform. In the meantime, you can get started with 8 tips from successful authors and you’ll find it much easier to reach your readers. “I think authors need to do it across an author’s career, they need to do it and it needs to be focused around them rather than individual books,” he says.

“There’s often a tendency to do a Facebook page for a specific book and indeed, you know, a publisher may say that’s a good idea, but I think for an author who intends to be working for decades they need to be in that space, even if it’s only a little bit, because you never know what kinds of opportunity it will generate.”

2. Make it easy for the media to write about you Gabrielle Tozer, the author of three YA novels: The Intern, Faking It and Remind Me How This Ends, had a media background and so when publicising her books, she had a good idea of what a journalist would want.

“Get some really nice professional photos taken, the kind that you can imagine running in a newspaper or a magazine, because even if you’ve got the best story ever written, if there’s not an image to run with it, that will really reduce your chances of being mentioned,” she says. “Get a great website going, this is one of those things where you have to pay for it as the author. I just sucked it up, paid for it, got a professional to do it, I’m not a designer by any means.

“You want to be able to send people to your website to find out more about you. Include some kind of press kit on there as well, with all of the information, whether it’s down to the synopsis of your book to the price with more photos of you, pictures of your cover, just basically make it as easy for the media to write about you as possible, think of everything that you’d include and put it on there as one page.”

Another of Gabrielle’s tips for maximum media coverage is to think about the publications you’re targeting, and their schedules.

“Say your book is coming out in January, you need to start thinking about this back in October of the previous year. Maybe write a list down of places that you think are relevant to your book, who are the kinds of people that are reading it, actually put together some kind of spreadsheet or document and the contacts, and make sure your publicist has that,” she says.

“There’s no point targeting a magazine like [a teen magazine] if your book is targeted at 50-year-old women, so just really think about your audience.” Director, screenwriter and novelist Shirley Barrett, who wrote Rush Oh! and The Bus on Thursday, says that authors should understand the importance of hand-selling – where you introduce yourself to bookshop owners and encourage them to read the book in the hopes they’ll recommend it to customers.

“As a process I’ve really enjoyed it because I can really see the need for it. There’s been a couple of bookshops that have just gone above and beyond the call of duty, I think, for Rush Oh!, particularly down on the South Coast, where they’ve just sort of really embraced the book and really kind of put it forward.

“It really makes a difference if they do like your book and they’re able to recommend it to people wandering into the shop and wondering what they’re going to read.” John Purcell – author of The Girl on the Page – says grassroots visits to bookstores is a good option for those without a big marketing budget.

“Not just you popping in and rearranging the titles, but you know that you need to be at Dymocks in Carindale at two o’clock to sign the small pile they’ve got there. Anything to get in there and have a 15-minute chat with a bookseller,” he says.

“The great examples this year, two big ones stand out for me, and both HarperCollins. Boy Swallows Universe and Holly Ringland’s book [The Lost Flowers of Alice Hart]. Now, Holly went up and down the east coast largely – she did have a publicist at certain times – but largely by herself. Sold her book into booksellers right up and down the coast. And that did great things for her sales. Enormous things.”

5. Give them a souvenir Bestselling writer Natasha Lester, author of five novels including her latest The Paris Secret, makes sure she gives audiences who come to see her some sort of small reward which is relevant to her books.

“What I did with two of the dresses that Leo wears in Her Mother’s Secret is I asked a local fashion illustrator to draw up those and to illustrate Leo wearing those dresses from the book… She drew Leo up wearing these dresses and I had those made into postcards, which I gave out to readers who came to see me at any of my talks.

“You could only get them by coming to my talks, or I gave a few away on my social media and that sort of thing. So just another way to bring the character to life and to reward readers and people who take the time to come and see you, by giving them something special and something limited edition. That worked really well.

“I only had 500 postcards made, so once they’d run out, they ran out. And it was just a really beautiful way to, you know, a lot of the readers do notice the clothes in the book too, so for them to be able to see what I’m describing in the book as well works really well.” Kate says that starting the podcast was a huge help for her own books when she unexpectedly needed to return to work full-time around the time she got her first book contract. Still, she says it’s only a good strategy if you really want to do a podcast.

“I suddenly realised, gosh, I’m not going to have the time that I wanted to do school visits, or promote this book in person,” she says. “How can I get it out there? And I listened to your podcast and a few other writing podcasts and I thought, that’s the way that I can reach people without having to be available during the day and that sort of thing.

“I do think it’s been important in spreading the word. With these sorts of things, it’s always very difficult to know. People ask me that, and when it’s authors asking that, I often say, look, don’t do it just because it’s gonna spread the word. Do it because you like doing a podcast, because otherwise it’s a hell of a lot of work.”

If you don’t have the time or enthusiasm to start your own podcast, explore existing podcasts about writing and see if you can appear as a guest to talk about work – it’s a great way to reach a bunch of interested listeners.

7. Get in front of your audience 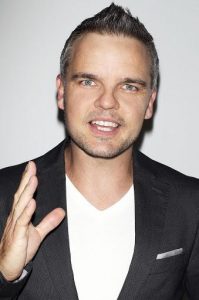 Tristan Bancks, author of children and young adult books including Two Wolves, The Fall and Detention, maximises the amount of speaking engagements and school visits he can do in a year.

“I probably do between 90-100 days of speaking in the year. Which I know sounds like a lot,” he says. “But you know what? There’s no point writing a book and then nobody knowing it exists.

“I’m with Penguin Random House and their publicity team is fantastic and amazing and they do heaps of work and they get you out there in lots of publications and TV bits and radio bits. But I just feel like everything is so fragmented, that the number of people that will see that newspaper bit, or the magazine bit, or the radio bit or whatever is so small, that it really helps to go directly to your readers and tell them about the story, and try to bring it to life in fun ways using video and images and music and maps and all that sort of stuff.

“It also helps, as an author for kids and teenagers, to be constantly having a conversation with them and trying stuff out.” 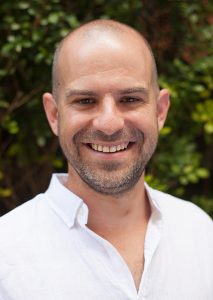 If your book is geared for child or teenage readers, making an appearance at school is a great way to get in touch – but don’t think they’ll be an easy audience just because they’re younger!

Matt Stanton, author of the popular middle-grade Funny Kid series, says he’s had some difficult experiences presenting to students, and he’s learned that encouraging them to speak makes a difference.

“I’ve started doing this thing just in the last couple of months where I open a session with students by asking them to tell me the most exciting thing that’s ever happened in their life. So I basically get them to start storytelling. And I riff off them. And that creates a really nice connection really early on between the audience and myself. But it also gives me a pretty good taste of the room and which kids are really engaged and kind of what the tone is.

“So I find that really helpful. And so I will go more and more interactive. I will free them up to speak as much as they can about whatever they want to speak about, sort of the harder the room is.”

That’s only the beginning: if you’re keen for more tips from successful authors on book promotion, publicity and marketing, check out Part 2.