In the world of publishing, new houses occasionally pop up to fill a niche. One such new publisher is Larrikin House, created by James Layton after he identified a need for more Aussie picture books. 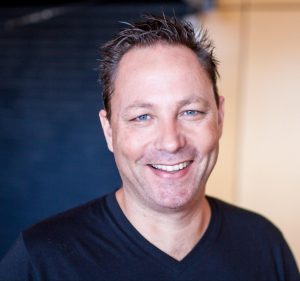 Like any traditional publishing house, Larrikin's focus is on high-quality stories that resonate with readers. And as their name suggests, they love to find and publish stories with humour and heart. Over the past 18 months, they have signed 50 stories for picture book format, all by Australian authors. And more than 80% are first-time authors!

We wanted to know more about this new imprint, so we sat down for a Q&A with James.

Tell us a bit about Larrikin House.
The ultimate focus for Larrikin House is to create books that kids want to read. It sounds obvious, but when I look closely at a lot of what gets published, it feels like there’s way too many books being produced that parents would want kids to read, or stories where it’s clear that the adult wants the child to learn something from them. So there's a lack of fun, nonsensical books in the marketplace that don’t always have a deeper meaning.

I believe that when kids want to read, they can foster a life-long love of reading. When kids have to read, they won’t – and Netflix or gaming will win in the end.

What drove you to start this new publishing house?
Larrikin House was created about two years ago as a publishing imprint within our school supply business Learning Discovery. I've been running Learning Discovery for 29 years now. Outside of the school/preschool market, we’re a bit of a ghost, but inside we’re one of the largest suppliers of children’s books to this market in Australia, selling anywhere up to 250,000 books a year.

I’ve been directly importing picture books from the UK (because they’re brilliant at publishing them). I was looking to add Aussie content to our product mix, but found similar deals here hard to come by.

I also struggled to find the same kind of fun, quirky stories that the British are so good at. It felt like so many of the Aussie publishers were publishing very serious and message-heavy stories, but not so much the fun or nonsensical stories that kids like to read. One could be accused of saying it feels like Aussie publishers are publishing more for CBCA awards than for the kids who read them – just saying. 🙂

Anyhow, I wondered how hard it could be to start publishing our own picture books. It turns out, it is hard!

What's your background that led you to this point?
Having been a bookseller for so long, I realised I have a really good instinct for what kind of stories work well in the children’s market and it would be a shame not to utilise that.

What are you looking for in a submission from a potential author?
For me, story is the hero. I’m looking for quirky original plots that make me smile in the first few stanzas. I love it when things go wrong, even bordering on crossing the line into ‘that’s wrong’ territory. I always love a new spin on an established idea too.

What are you NOT looking for?
Perfect rhyme with a rubbish story. So many manuscripts come through with perfect rhyme, but a very ordinary story. It’s clear some authors are spending 80% of their time on the rhyme and 20% on the storyline. It needs to be the other way around.

I’m also not looking for storylines that have been done to death, like monsters under the bed, or the typical storyline where the young child won’t share their toys but learns to in the end, etcetera.

I also recommend that authors think through the animals. Aussie bush animals have been done to death. Would a child rather read about a shark in the loo or a wallaby in the loo?

What would you say are the top three mistakes potential authors make when submitting?
The number one mistake is killing the flow of the first read-through because there are page numbers and illustration notes to wrestle with. I advise putting all that stuff in the margins and just present plain text paginated into stanzas.

Number two is not capturing my attention in the first 2-3 stanzas. In a 500-word story, there’s no time for a long setup.

And number three, putting more time into your CV than your story. I don’t even read the CV until after I’ve read the story. I find it’s better that way. My advice is to put 99% of your time and energy into your story, because everything else can be fixed up later.

What would you say are your top three successful books you have published in the last year and why?
We had a massive hit with My Shadow is Pink by Scott Stuart. We found him on Instagram when searching for illustrators. As soon as he told us about the idea we signed him. It went top 10 in its first week of release and we’ve reprinted three times in three months. We’ve also sold the book in seven different languages.

We just got our first BigW order and group Dymocks deal on our first adult novel called One Night Stand by Simon Taylor. It’s a great laugh.

Our 3rd bestseller so far in the retail sector is There’s a Shark in the Loo by Sharon Boyce. It’s just a very funny story. For more information about Larrikin's books, and to submit your own picture book manuscript, visit Larrikin House.