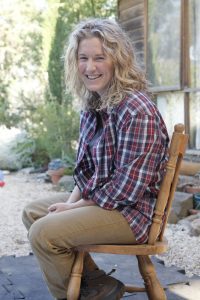 Ellie Marney is a young adult novelist. Every Breath was one of two Australian novels on the most borrowed YA library books in 2015 and her second novel Every Word won the 2015 Sisters in Crime Davitt Award for Best Young Adult Novel.

Ellie Marney says that writing for a young audience can have its challenges. But it comes down to being aware of what they expect. “There are varying opinions about how much you have to self-censor for a YA audience. My feeling is that you have to be a bit more aware of your language and a bit more aware of how much is too much in terms of violence and gore and things like that. But I think YA authors generally are fairly aware of their audience in that way.”

Isn’t it a scary genre for such a young market? “Look, to be honest I think high school students, or teenagers in general are not as afraid of delving into crime as most people might think. I mean they’re actually kind of a bit fascinated with murder and death and all of those kind of mysteries of why people do the things that they do, why people make bad choices.”

BE REALISTIC ABOUT YOUR AUDIENCE Ellie isn’t one to shy away from the realism. “Most of the people that I’ve had response from have said that they enjoy having something that’s a bit more realistic, a bit more gritty. And, let’s face it, I mean there are a lot of teenagers out there watching Sherlock or watching Elementary and CSI and all of those things are fairly engaged with violent crime and gore and autopsies. So, I don’t think teenagers back away from that stuff all that much really.”

IF YOU’RE NOT INTERESTED IN IT, THEY WON’T BE EITHER

She says it’s vital to be deeply intrigued in what you’re writing about in order to sustain your journey. “When I decided I was going to write YA crime, I thought I wanted to write something that I found deeply affecting, or deeply intriguing for myself, because, you know, writing anything in long form, writing any kind of long work you have to really commit to it. To push through to the end of a long project like that you need to find something that you’re really in love with.” 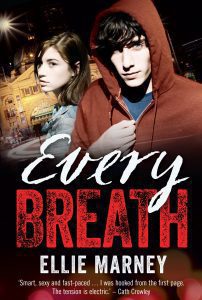 DON’T WAIT FOR THE MUSE

“I’m just not one of those people that kind of waits for the muse to strike, I think you have to be a bit more professional than that. You have to just knuckle down and work your way through that crappy first draft and then once you’ve got it all out, then you can go back and edit and make it pretty.”

Stay up to date with posts from the AWC blog. You can sign up to receive our weekly newsletter, follow us on Twitter, or like us on Facebook. Our carrier pigeon service is currently unavailable.
PrevPreviousMURDER EP 14 Liz Porter is a true crime writer, novelist and freelance journalist
NextMURDER EP 16 Mark Abernethy is an Australian crime and thriller writerNext