MURDER EP 18 LA Larkin is famous for her thrillers. She is a presenter at the AWC 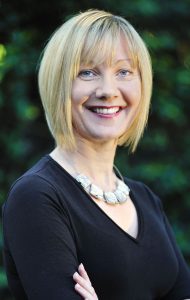 LA (Louisa) Larkin is famous for her thrillers The Genesis Flaw, Thirst and her latest novel Devour. She has been likened to Matthew Reilly and Michael Crichton and is a presenter at the Australian Writers’ Centre.

LA (Louisa) Larkin is an expert on the thriller writing genre. Here, she provides an insight into what makes a successful thriller. “A thriller is generally about a character who needs to prevent a terrible thing from happening. The stakes are incredibly high. And so thrillers tend to be about things like the assassination of the President of the United States, the release of a virus that will terminate mankind.”

WHAT GOES IN THE NOVEL

Louisa talks about what events are needed in a thriller. “There are people who do die along the way, I mean that’s inevitably the case with a thriller. But, it’s not like a detective-based crime fiction story where you have a body at the first chapter … and then the detective, or FBI agent then has to find the killer. It’s sort of the big event has already happened. More people may die along the way, but it starts with the death of somebody, and that’s the focus.

“So it goes about it a different way and the detective tends to be a bit more procedural. Not always, but a bit more on how are they going to go about hunting down the identity of this person? With a thriller it often involves a lot more mystery about what is this all about? What is actually going to happen? And you’ll find that the central characters will be going off in all sorts of wrong directions, assuming that in fact this person is about to do (A) when in fact, really the plan is to destroy (B).” 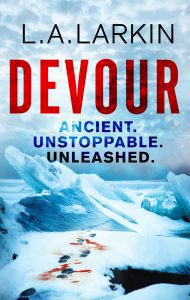 In addition to the importance of what happens in the novel, Louisa stresses that it has to be centred around a strong lead character. “The other thing is having a central character, a lead character. I know there are books out there where you have, say, numerous points of view and numerous characters, like Game of Thrones, you’ve got all of those different characters.

“With crime fiction and thrillers it’s not to say that you can’t have that, but if you’re beginning your writing career it’s very complicated and
it takes a lot of skill to do that. Generally, if it’s detective-based fiction, you’re talking the lead detective and the person they’re trying to catch, you want those characters. You don’t want three lead detectives – you’re following all of them, because you really want to be supporting and cheering one character that you really identify with, so when they fail or get hurt you’re really moved by it.” “My advice would be that it’s probably the toughest thing I’ve ever done. So, I’ve worked in all sorts of corporate careers, I can safely tell you I’ve never worked so hard. But, the reward is far greater because you’re doing it for yourself, you know? You’re doing something that is very personal. And, it’s your book, and it’s your legacy, I guess. That’s the thing. It’s a very personal legacy that you leave the world.”

Stay up to date with posts from the AWC blog. You can sign up to receive our weekly newsletter, follow us on Twitter, or like us on Facebook. Our carrier pigeon service is currently unavailable.
PrevPreviousMURDER EP 16 Mark Abernethy is an Australian crime and thriller writer
NextMURDER EP 19 Crime writer and psychologist Leah GiarratanoNext