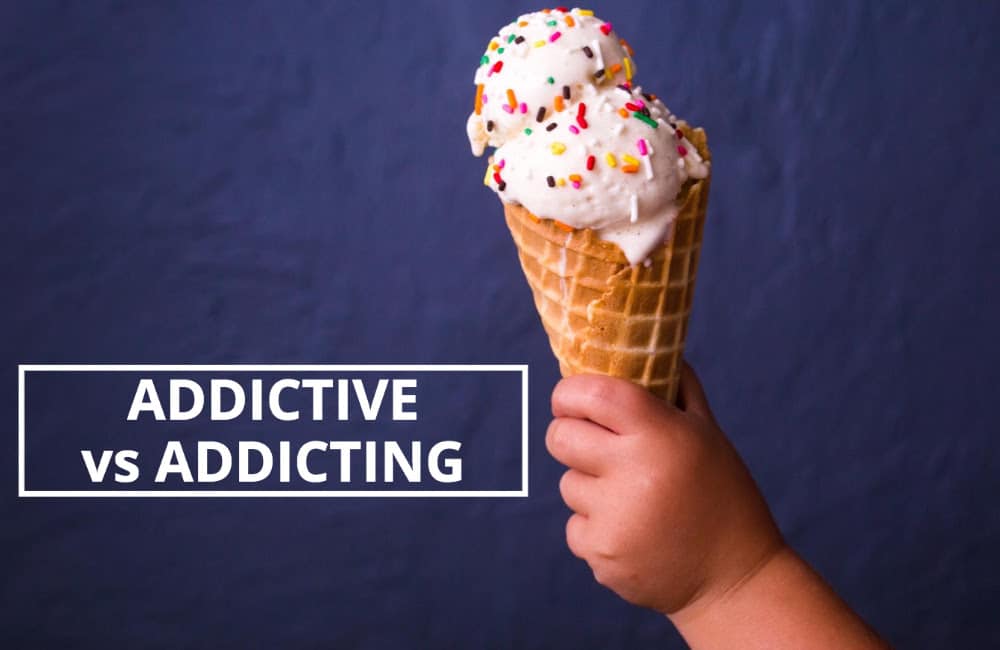 Each week here at the Australian Writers’ Centre, we dissect and discuss, contort and retort, ask and gasp at the English language and all its rules, regulations and ridiculousness. It’s a celebration of language, masquerading as a passive-aggressive whinge about words and weirdness. This week, we're addicted to…

A: That ice cream you took was clearly labelled in the office freezer…

Q: Oh that. Yeah, well. Um. No, the words I’m having trouble with are “addictive” and “addicting”. I recently read a piece that said that something was “very addicting”. I always use “addictive” – is there a difference?

A: Well actually there is no difference. They’re both adjectives that mean “causing or likely to cause someone to become addicted” – to a substance or activity. However, one is more legitimate than the other.

Q: Oh wow. My mum used to say that about me and my brother…

A: Ah.. okay. So while most of the world’s dictionaries include “addicting”, there are some notable exceptions – including Australia’s Macquarie Dictionary.

Q: So they both mean the same thing, but it’s better to use “addictive”?

A: It will result in fewer bar-room fights with grammar boffins, yes.

Q: So hang on. Why have TWO words meaning the same thing??

A: Have you met English?

A: You see, the verb “addict” or “addicted” – to devote or give up oneself to a habit or occupation – was around since the 1530s. The modern adjective didn’t arrive till 1815, and the idea of an “addict” as in a noun appeared thanks to morphine in 1909.

Q: So “addictive” is quite recent?

A: Yes. It wasn’t until the 1940s that the idea of narcotics being “addictive” caught on. “Addicting” as a verb appeared at the same time – e.g. “I’m addicting myself to chocolate” although it’s never been very common.

Q: So if someone says “this TV show is very addicting”, are they wrong?

A: Not entirely, but it’s definitely considered more informal to use “addicting” as an adjective when there’s a perfectly good word in “addictive” waiting to take its place. One distinction many use is to assign “addictive” to medically addictive substances and “addicting” to more everyday things.

Q: That’s so sexist. Male heroes can be addictive too, you know…

A: Okay, well how about “ice cream is so addictive that some people steal it from communal freezers”…

PrevPreviousLesley Gibbes makes a splash with her ‘Three Little Mermaids’ picture book
NextSo You Want to Be a Writer fundraiser with A.L. TaitNext