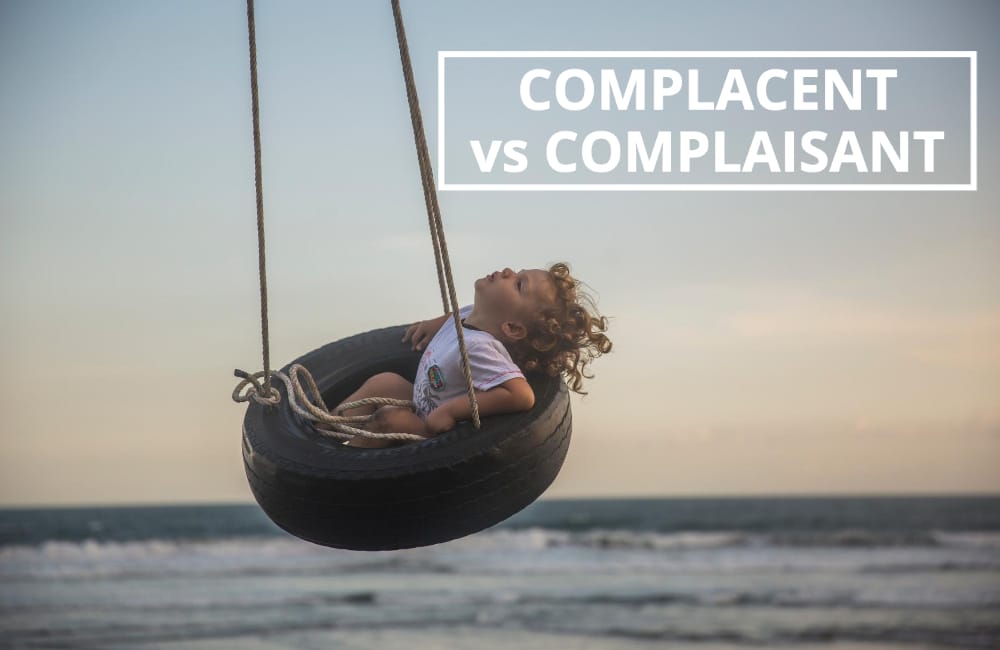 Each week here at the Australian Writers’ Centre, we dissect and discuss, contort and retort, ask and gasp at the English language and all its rules, regulations and ridiculousness. It’s a celebration of language, masquerading as a passive-aggressive whinge about words and weirdness. This week, we aim to please…

Q: Hi AWC. Can you help explain the difference between “complacent” and “complaisant”?

A: We certainly can. It is often confusing when words sound similar.

Q: Oh, I know exactly what you mean. I once tried raising funds for children across China and India, but no one seemed keen when I told them I wanted support for youth in Asia.

Q: Anyway, you were saying?

A: The complication with these two words is that they actually come from the same Latin parent, ‘complacere’ – meaning “very pleasing”. Both adjectives arrived in English around 1650 and initially they overlapped in meaning – describing someone who was eager to please.

Q: That doesn’t sound like the “complacent” of today.

A: You’re right. From the 1760s, the meaning for “complacent” started to align more with its modern day meaning of “being self-satisfied or pleased with oneself”.

A: That’s right. What’s more, “complacent” wasn’t just being pleased with oneself; it also started meaning being unaware of anything else happening around you.

A: Sure. “We became complacent, making us vulnerable to attack”.

A: Calm down. It was just an example.

Q: Because you know that I’d be the first to sign up and help.

A: Well there’s an example of you being “complaisant” – obliging and agreeable. Hopefully you can see the difference now.

Q: I think so. “Complacent” is being pleased with yourself. While “complaisant” is pleasing others?

A: That’s a pretty good way to remember it. “Complaisant” isn’t common these days; people instead use words like “agreeable”. And while both are usually pronounced identically, you will occasionally hear a “z” sound with “complai-Z-ant”.

Q: Can I have some more examples?

A: Sure. “The time for being complacent about climate change is over.” Or: “The journalist was very complaisant, asking no difficult questions.” If you’re thinking personalities, “complacent” would be “smugly ignorant” while “complaisant” is more of “an obliging pushover”.

Q: I’ll be sure not to be too complacent when using these from now on. Thanks!

A: We aim to please.