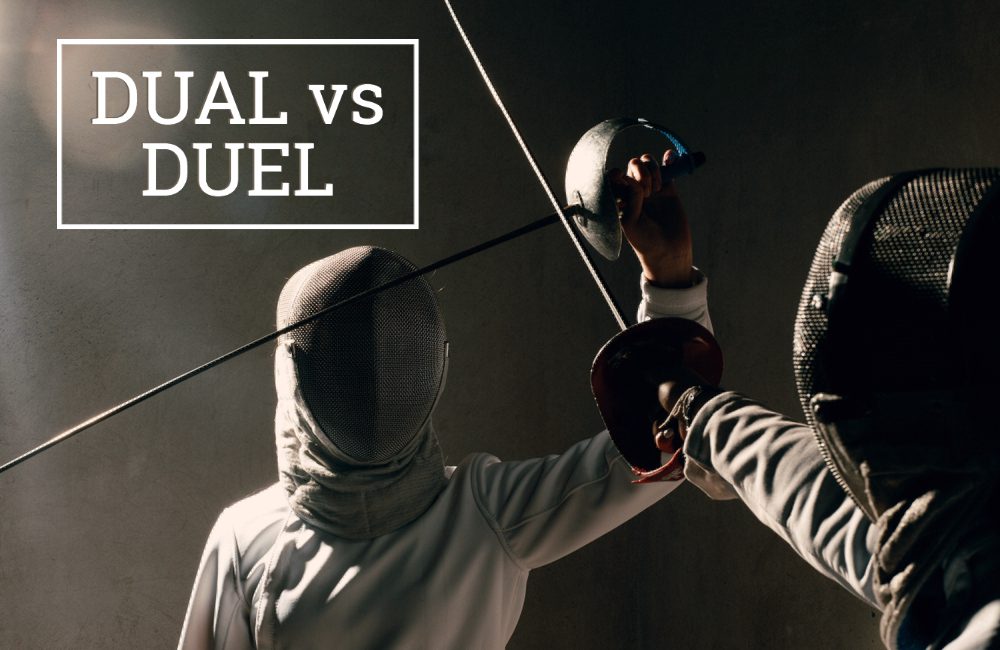 Each week here at the Australian Writers’ Centre, we dissect and discuss, contort and retort, ask and gasp at the English language and all its rules, regulations and ridiculousness. It’s a celebration of language, masquerading as a passive-aggressive whinge about words and weirdness. This week, it's double trouble…

A: Sure. We can also discuss “joule” – the energy unit named after 19th century English physicist James Joule, and maybe even “Jewel” – the 1990s singer.

Q: Oh, Jewel. Was she the one who sang about wiping spots off the mirror, consoling a cup of coffee and putting the cap back on the toothpaste?

Q: Indeed it was. And just for interest’s sake, was the “calorie” also named after a 19th century English physicist?

A: Nope, it was named by a 19th century French physicist Nicolas Clément after the Latin word “calor” – meaning heat. This is because calories are defined as the amount of heat needed to raise the temperature of water by one degree.

Q: All good to know. But yeah, I’m really just interested in the ones that people get wrong a lot – “dual” and “duel”. They’re separate words, yes?

A: Absolutely – both with very different meanings. But like you say, people often confuse them – even though “dual” is an adjective and “duel” is a noun and verb.

A: Sure. It comes from Latin – dualis – “that contains two; two parts”. An example might be a dual carriageway – a road that is divided into two parts or a dual flush toilet. The word arrived in English in the 1600s and is also related to “duo” and of course, “duality”.

A: Macquarie Dictionary defines “duel” as “a prearranged combat between two persons” – such as a sword-fighting duel. It’s older – dating back to the 1400s, from an earlier Latin word, “duellum” – meaning war. This itself was a form of the Latin “bellum” – from which we can trace words like “bellicose” (warlike), “belligerent” and even “rebel”.

Q: Hmmm I can see a big reason for the confusion. One word means “two” and the other means “combat between two”.

Q: So in the musical Hamilton, you might say that the two main characters Hamilton and Burr have dual storylines which result in a deadly duel?

A: Haha, yes, you might say that! Hamilton was indeed killed in a duel.

Q: Tickets are hard to get!

A: Well anyway, it can be confusing when the words sound so similar and each has an element of “two-ness”.

Q: Isn’t that the capital of Tunisia?

Q: Right. So, any tips on remembering which one is which?

A: You only need to know one really. In this case, we’d suggest focusing on “duel” – as its meaning is very specifically combat related. Fighting is sometimes called an “engagement” – such as in the term “rules of engagement”. Engagement starts with “e”, as does duel!

A: OR, if you want to be extra fancy, we’d also suggest “épée” – the name of the sharp-pointed sword actually used in a duel. Again, épée contains a lot of “e”s.

Q: Someone certainly bought a lot of vowels.

A: These days, the épée is often used in fencing.

Q: Hmmm, that seems rather expensive. Why wouldn’t French farmers use posts and wire like everyone else?

A: Ah, very clever – exploiting the “dual” meanings of the word “fencing”!

Q: Well anyway, thanks for the lesson. Now, if you’ll excuse me, I have to pick up a book, turn the sheets down and then put on my PJs and hop into bed.

Q: Same old story, not much to say…