Q&A: Head over heels in love? 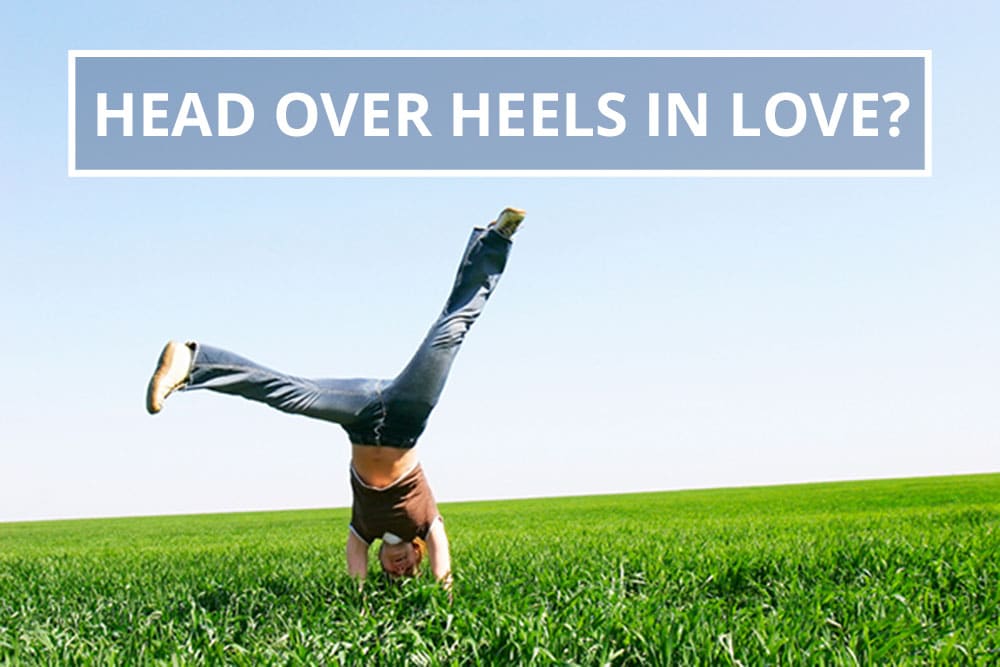 Each week here at the Australian Writers’ Centre, we dissect and discuss, contort and retort, ask and gasp at the English language and all its rules, regulations and ridiculousness. It’s a celebration of language, masquerading as a passive-aggressive whinge about words and weirdness. This week we are head over heels in love with writing…

Q: Hi AWC, I was declaring to my friend that I was “head over heels in love with writing” and they just laughed at me. Want to know why?

Q: Because they told me that my head is already over my heels. And they’re right. What kind of nonsense is this? Shouldn’t it be about something unusual or special taking place?

A: It’s certainly a curious idiom…

A: Well remember that idioms are the rockstars of the English language – happy to break the rules and not caring if they make no literal sense, so long as everyone knows what they’re supposed to mean.

Q: Sure, but wouldn’t “heels over head” have been better – the feeling of your heart doing a flip?

A: You’re absolutely right and that’s precisely what the saying WAS back in the 14th century – “heels over head” and meaning to do a cartwheel or somersault.

Q: So, what happened?

Q: English will not be getting chocolates and flowers from me today.

A: While no one can point to a distinct event that reversed the polarity of this saying, over the course of about three centuries, the anatomically correct “head over heels” slowly replaced the previous version, despite it still meaning to tumble in the same way.

A: Yes, this “perversion” of the original saying was now describing a normal state of being, despite meaning the opposite. Its first appearance this way around in print was in 1771, but it wasn’t until 1832 that to be “head over heels in love” was first seen.

Q: And it’s stuck ever since?

A: That’s what do. They stick around until they no longer make literal sense – but by then it’s irrelevant. This saying is meant to convey a recklessness (similar to being “madly in love”) yet on face value describes someone standing perfectly still.

A: One saving grace could be that if you were to trip over, your head would still technically be above your heels for most of the ride to the ground.

Q: Are there any other examples that make just as little sense?

A: Well yes actually. Often you hear about politicians doing a “backflip” on an issue – with the intended meaning similar to an “about face” – i.e. to end up in a different position. However, anyone who’s ever done a backflip knows that you actually end up in exactly the same place.

Q: My backflipping days are over. But point taken.

A: Another common mistake is when people talk about “doing a complete 360” on an issue with regard to changing their mind. But what they should say is a “180” – because 180 degrees has you facing the other way but 360 takes you back to where you started.

Q: I’m not head over heels in love with English right now…