Each week here at the Australian Writers’ Centre, we dissect and discuss, contort and retort, ask and gasp at the English language and all its rules, regulations and ridiculousness. It’s a celebration of language, masquerading as a passive-aggressive whinge about words and weirdness. This week, we're in the red…

Q: Hi AWC, why would someone be caught “red-handed”?

A: Perhaps they had their hand in the cookie jar, hmmm?

Q: No, you misunderstand me. I want to know why we would say that their hand is red?

A: Maybe it was a jar of squashed tomatoes?

A: Well, what do YOU think it’s from?

Q: I’ve heard that Ulster in Northern Ireland has a red hand on their flag, so probably something to do with them?

A: The red hand is indeed a pagan symbol in Irish Gaelic culture that dates back two thousand years – however, it doesn’t appear related to the saying.

Q: And why, pray tell, was the hand red?

A: Sometimes the most likely guess is the right one.

Q: So it WAS tomatoes?

A: No! It was due to blood – on the hand of people caught poaching (and killing) animals. They were literally taken with a red hand. It was also used for people who had committed murder.

Q: And those who had beetroot in their burger?

A: Haha, no. So, originally the “taken red hand” phrase was just used in Scotland – quickly evolving from the “clean up in aisle 4” variety of actual blood on hands to a more figurative catch-all legal statement for being guilty.

Q: So when did it go viral?

A: It wasn’t until the publication of the book Ivanhoe: A Romance by Walter Scott in 1819.

Q: Never heard of it.

A: Have you heard of Robin Hood?

A: Um, sure. Well, while tales of the outlaw “Robin Hood” had been popular for hundreds of years before the release of Ivanhoe, it was this book that provided the name “Robin of Locksley”, the 12th century setting and shaped the modern perception of a “high-minded prince of thieves” who looked after the poor. Before this, he was far more brutal and less, well, Costner-esque.

Q: We seem to have forgotten about the red hand.

A: Ah yes! It was ALSO in Ivanhoe that the phrase went from “red hand” to “red handed”. The book mentions: “I did but tie one fellow, who was taken redhanded and in the fact, to the horns of a wild stag.”

A: Sure. Anyway, the success of the book around the world helped spread the popularity of the saying. The exact “caught red handed” wording didn’t debut until 1857.

Q: Hey, what did Robin Hood say when asked if he’d like some rich people’s gold? “I Sherwood!”…

Q: Okay, what did Robin Hood and his Merry Men all die of? Menintightis! Hahahahaaaa.

A: We’re going to wash our hands of this now before it gets any worse… 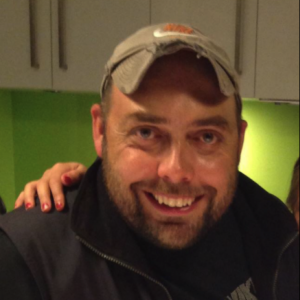