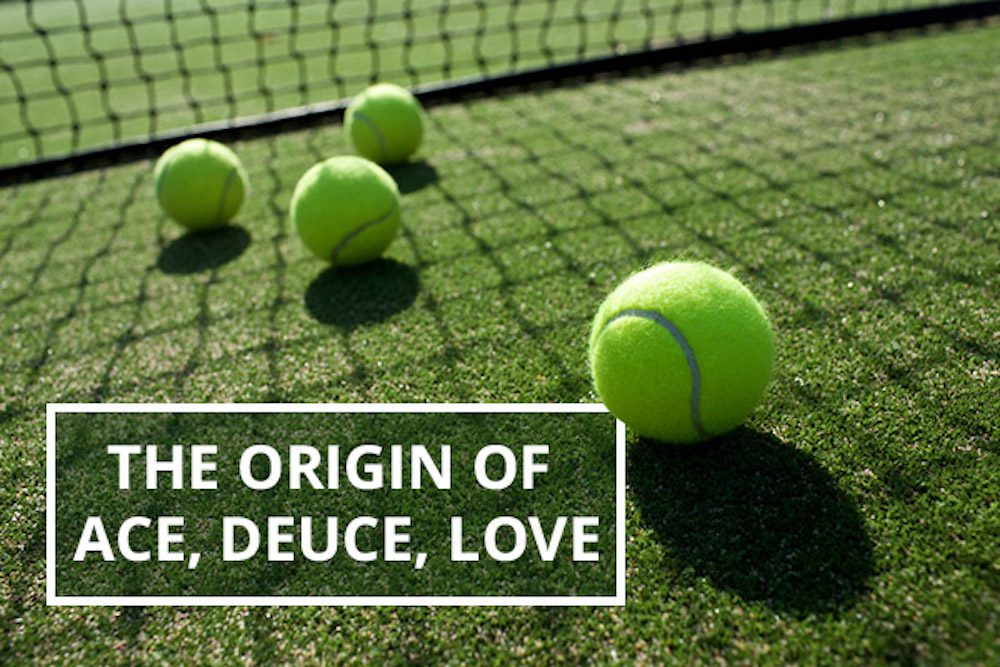 Each week, we chat about the quirks and anomalies of the English language. This week, we’re avoiding double faults with a few common tennis terms explained…

Q: Hi AWC, inspired by the recent Wimbledon tournament, can you explain some of the terminology used in tennis?

A: Certainly. One moment please.

Q: Right. That was weird. You’re not going to do this whole thing like a chair umpire are you?

A: You have two challenges remaining.

Q: Ugh, okay. Anyway, let’s start by serving up an ACE. Why is it called that?

A: Okay, well an “ace” is when a serve is in but not hit at all by the receiving player. “Ace” was already a word when tennis came along – from Middle English (and Old French and Latin before that) marking one unit, especially the “one” on dice (and eventually the highest-ranked playing card).

Q: So, when did it get the sports meaning?

A: It would go on to mean a single point scored in a sports game from the early 19th century, and, according to the Etymology Dictionary, it made its way to tennis as an unreturned serve in 1889. The word itself exists as a noun, verb and adjective.

A: Well, you serve an ace (noun); you ace your opponent (verb); and you might tell someone that they have an ace backhand (adjective).

Q: What a backhanded compliment.

A: That’s an official warning.

A: We’d say it was on the line… Anyway, as a noun, an ace is also typically someone very good at something. So: “She’s a tennis ace” makes sense too. “Ace” is slang for awesome, as is “aces”. It’s everywhere.

Q: Got it. Okay, so what about “deuce”? Where did that come from?

A: This one is a little trickier. If you’re familiar with tennis, a scoreline of 40-40 is instead called “deuce” – derived from “deux” – the French word for two.

Q: Ah, so it means that someone is “two points from winning that game”?

A: Pretty good guess. But it actually translates as both players being on the same score: “à deux le jeu”, meaning “to both is the game”.

Q: That’s so French. Okay, last one. Why is it called “LOVE” for zero points?

A: As they say, “love means nothing to a tennis player”…

Q: Yes, you’re hilarious. But why does it mean zero?

A: Well, it’s another one with a few theories. Some say it comes from our pronunciation of “l’oeuf” – the French expression for “the egg” – because an egg looks like a zero. (Apparently cricket’s no-run “duck” came about from a similar origin, as in duck’s egg.) A more warm and fuzzy theory proclaims that before the start of a game, while the scores are on zero, players still have love for each other.

A: Probably. Another theory points to the English phrase “neither for love nor for money”, where “love” means “nothing”. Or the Dutch liked the 17th century expression “play for love,” meaning to play without any wager; for nothing. It’s bound to have come from one of these. Take your pick.

Q: Well, I’d LOVE to stay and chat, but I think you’ve ACED this one. We might just be wimbleDONE for the day…