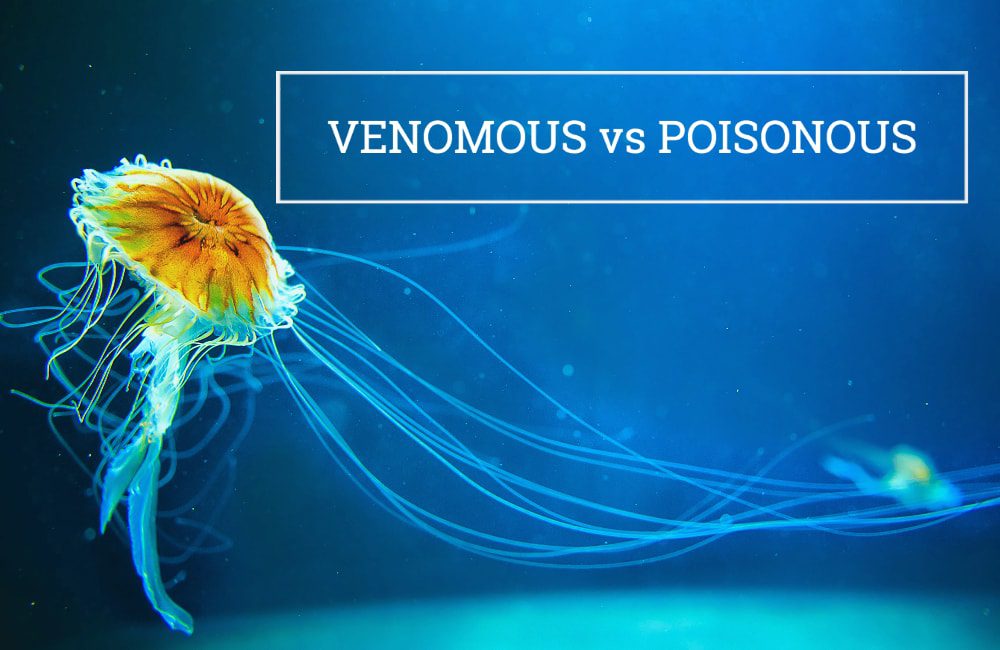 Each week here at the Australian Writers’ Centre, we dissect and discuss, contort and retort, ask and gasp at the English language and all its rules, regulations and ridiculousness. It’s a celebration of language, masquerading as a passive-aggressive whinge about words and weirdness. This week, name your poison…

Q: Hi AWC, what’s the difference between “venomous” and “poisonous”?

A: Good question. They’re both bad.

Q: Yeah clearly. I’m thinking in particular about things like snakes and spiders – I’m sure sometimes they’re called venomous and other times poisonous. Is there a distinction?

A: The two words are often used interchangeably, but scientifically there is a big difference.

A: How the toxins reach you.

A: No, you’re thinking of Texans.

A: Toxins are “organic poisons” and the difference between “venomous” and “poisonous” is simply how they’re delivered.

Q: Like a toxin taxi service? A “toxi” if you will?

A: Let’s begin with “venomous”. In zoology circles, “venom” is a toxic fluid that is delivered from naturally evolved glands via things like fangs or a stinger into your bloodstream. So to be “venomous”, the animal actively injects you with venom by biting or stinging.

A: Yep. Others include box jellyfish, stingrays (RIP Steve Irwin), catfish, some lizards, platypus, vampire bats and even a particular type of shrew.

Q: I thought shrews were tame?

A: Only in Shakespeare plays.

Q: Ohhh, that reminds me. What Shakespeare play is about a little pig?

Q: No, none of them are! Hahaha. Shakespeare wrote NO plays about pigs! I can’t believe you thought Hamlet was about a pig!

A: Can we continue?

A: Think of it as the passive-aggressive sibling of the bitey, stabby “venomous”. If something is “poisonous” it doesn’t need to create a wound and inject you with anything. Instead, it just sneakily releases its toxins if you’re silly enough to touch or swallow it.

A: A cane toad isn’t poisonous unless you eat or lick it. Poison ivy just needs to come into contact with your skin and it will result in a rash. And of course certain chemicals are poisonous if swallowed.

A: They’re not poisonous. You just don’t like them. That’s not the same thing.

A: But yeah, quite a few birds are poisonous if eaten, along with many other frogs, insects and plants.

Q: So, if a snake bites you, it’s not technically a “poisonous snake”?

A: That’s right. It’s a “venomous snake” and you’ll be wanting some anti-venom. Of course, it’s unlikely anyone will ever stop to debate this with you if you told them you’d been bitten by a poisonous snake.

Q: True. What about a boa constrictor then?

A: Well, it doesn’t bite, but can crush you, so let’s just call that one a “deadly snake” shall we? There are also a few truly poisonous snakes that you cannot eat.

A: And then of course there’s the double-whammy blue-ringed octopus. It’s both venomous via its beak AND poisonous if you eat it.

Q: I wonder if those blue rings are related to the zoology circles you were talking about earlier?

Q: Never mind. So, here’s a question. What if I took a vial of venom and swallowed it. What would happen?

A: Wow, that’s a very good question. Because venom typically needs to enter the bloodstream to take effect (hence the piercing of skin via a bite or sting), then providing you had no cuts, your stomach acids would probably deal with it and you’d be okay. We wouldn’t recommend trying it though.

Q: Fair enough. So, to recap, anything that bites or stings you is “venomous” and the rest of the stuff is “poisonous” – including things you swallow or touch.

A: Yes. But remember, this is in the natural world. If you’re talking more about a “poisonous personality” or “venomous intentions”, well all bets are off and you can choose whichever you want!

Q: Good to know. Now, if you’ll excuse me, my toxi is waiting…

PrevPreviousWatch Creative Conversations with bestselling author of funny books for kids Tim Harris
NextBestselling children’s author Tim Harris: How he got his big break and why he loves writing for kidsNext