If the recent awarding of Bob Dylan with the Nobel Prize for Literature is anything to go by, songwriting is a bona fide segment of the larger storytelling canon. To build on this, a writing festival with a difference is returning in 2017 following its successful inaugural event. It’s called A Rock & Roll Writers Festival – taking place 1-2 April 2017 at the Old Museum, Bowen Hills, Brisbane and celebrating the special relationship between music and writing.

This festival is the creative brain child of Leanne de Souza and Joe Woolley – both seasoned music professionals keen to explore the stories we tell through songs in a creative forum. Specifically, they ask: What happens when music and literature come together? 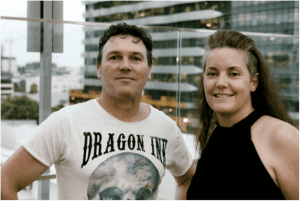 From the media release:
“Over the course of a weekend, musos, journos and writers will riff on music and literature, and how they influence each other, how they feed off and feed back into each other, through a program of interviews, presos, talks and panel discussions with some of Australia’s finest authors, songwriters, lyricists and commentators.”

According to the organisers, Australia has its fair share of literary gatherings on the calendar but the Rock & Roll Writers Festival wants to “turn the volume up to 11” and offer a fan experience unlike any other. Diverse, inclusive and independent. The festival will celebrate the creative relationship between writing and music, allowing writing fans of music and writing to get up close and personal with the creators of stories and songs.

Things said about the inaugural 2016 festival:

“Bursting with passion and not pulling any punches, there was enough information coming out of the event’s twelve panels to fill a novel of its own…”
—Music Feeds

“The festival maintained a wonderful balance between featuring musicians’ points of view and putting the spotlight on the critics, journalists, and music enthusiasts who write about music.”
—AAA Backstage

“Interwoven within the more controversial issues was an impressive overarching masterclass about the artistry of lyrics and writing, with artists offering advice on creating meaningful, emotive word-art.“
—Scenestr

For more details, including where to buy early bird tickets, visit the A Rock & Writers Festival website. Rock on!