Second draft syndrome: 10 tips for editing your own work 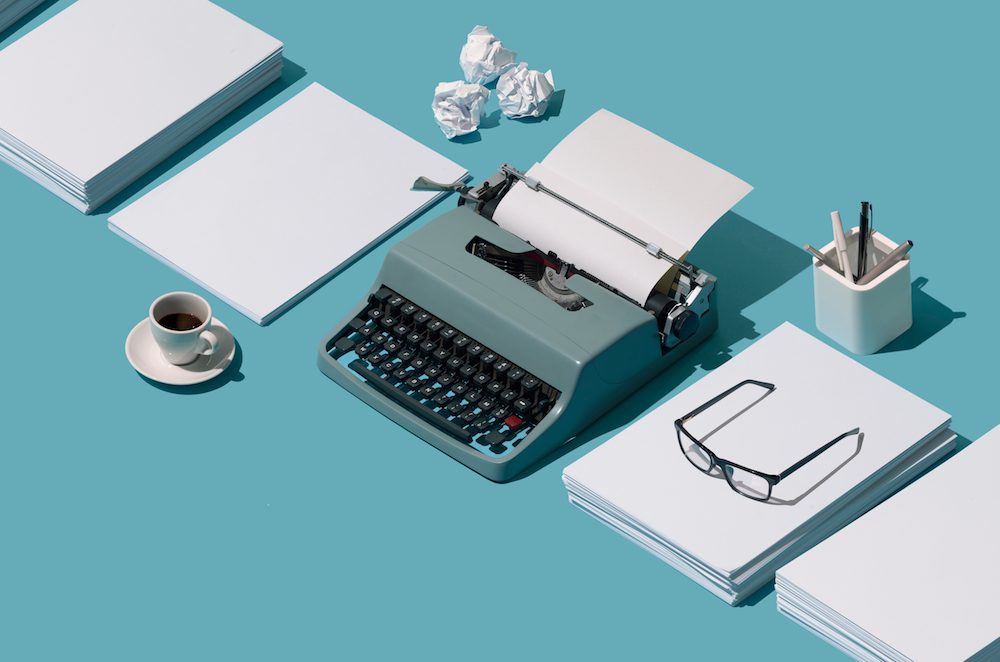 So you've followed all the advice you've heard from published authors and smashed out your first draft. You've struggled through various pits of despair and soared to lofty heights of ecstasy and finally reached the end of your manuscript.

It's time to sharpen your pencils and pull out your red pen. It's time to tackle your second draft.

There's plenty of advice out there about how to get your first draft done. So in this post, we're going to talk about second draft syndrome with ten tips for editing your own work.

We've spoken with hundreds of published authors and the consensus is clear; always take a break between finishing your manuscript and picking up the editor's pen.

You need time to transition from being a creator to being a critic.

Your first draft may be a labour of love that took years to write, or you may have written it in a frenzy in just a few months or weeks. Either way, the moment you write ‘The End' you are too close to your story. You are still immersed in the world of your characters.

Close your document and put it away for at least a month. If you have another story idea, start on that. Otherwise, just give yourself time to create distance between you and your manuscript.

When you come back to it, you will have fresh eyes. You'll be better able to spot irrelevant scenes or characters, or notice plot holes. You won't be as attached to your creation, so you'll be a better editor.

It is always worth printing out your manuscript. Firstly, it's very satisfying to see that pile of paper – you made that!

But most importantly, it makes it easier to see errors and inconsistencies and to make notes. If you ask yourself a question about consistency on page 30, it's easy to flick back to page 4 to see if it makes sense. You can draw arrows, make notes, scribble, scrunch and scratch away.

When you come back to your manuscript, it's not time to take out the highlighter just yet. Your second draft is not about fixing typos and grammatical errors; it's about finding the best version of your story.

Read through your first draft critically, the way a reader would. Try not to make too many notes just yet – the goal is to get an overall feel for what you actually wrote, rather than what you think you wrote.

4. Determine your structure and genre

Whether you're a plotter or a pantser, writing out your structure for the second draft is essential.

Your structure will also be determined by the genre that you're writing in as most genres have their own conventions. AWC presenter Cathie Tasker, who has tutored hundreds of students in our Write Your Novel program, says that different genres and categories require different approaches.

“If your first draft of your novel or memoir is your ‘vomit draft', and it should be, then in the second draft, you should focus on genre conventions,” Cathie says. “This is for the age level of the writing and the narrative voice that suits that genre.”

The best way to write out your structure is to use index cards or Post-It notes. On each card, write a summary of each scene, then put the scenes in order. This allows you to visualise your structure. Does it make sense? Are the scenes in the right order? Is there anything that could be changed, removed, added, or improved?

Pantsers will definitely need to do this step. You probably introduced a character or concept half way through your novel that should come in earlier. Or you'll find that the trajectory of the last half doesn't match the set up of the first half. Writing out your structure will help you to identify these problems.

Plotters will also find it useful to write out the actual structure of the first draft. You may find that it differs from your original plan quite a lot! Key scenes will change dramatically, character arcs will go in the opposite direction, and subplots will dry up without resolution.

Your second draft is the ideal time to tackle structural problems before you even think about getting into the nitty gritty.

When editing, you can't be shy. You want your story to shine. It's not enough to tinker with a sentence here, and delete a word there. Your first draft is like excavating a slab of marble; now it's time to take out the chisel and work to reveal the magnificent sculpture within.

“Don’t be afraid to be radical,” says bestselling novelist and AWC presenter Pamela Freeman. “Better to throw something out that’s not working and start again than slave over draft after draft and never get anywhere.”

It's a good idea to recognise that your first chapter is probably going to change – a lot. You may even end up cutting it entirely. Some writers are able to nail their first chapter on the first try, but they are in the minority. What usually happens is that you find out you have started your story too early or provided too much backstory that would be better incorporated later.

Rather than getting caught up in the quagmire of trying to make your first chapter perfect, just give it some space. Skim over it so you can make notes, but don't labour it. Come back to it when you've nearly finished editing your second draft. By then, you'll be much clearer about what needs to change.

7. Tap into your inner rainbow

It's time to bust out all your favourite pens and highlighters! As you're working through your manuscript and making notes, use different colours for different notes. A highlighter is great for quickly identifying typos or sentence level errors; you can always come back to those later and don't need to write it out.

For notes about location or setting, use a green pen. For characters, use purple, and so on. These sorts of quick visual cues can really help you when it comes to making the changes.

But, of course, you also need to be organised! If you haven't already, make a dossier for every character, major location, and important event.

This can be as simple as a page in your notebook. Put the character's name at the top, and then write down every quirk or habit or description that you find as you read through your manuscript. Do they have brown hair in chapter one, and luscious blonde locks in chapter four? Do they hate swearing in one scene, and embrace it in another?

You can do the same for events and locations. Each time you mention an event or location, write it down on the dossier. You'll soon see if you've been inconsistent.

The best way to see whether your language choices are working is to read your manuscript out loud. Yep, the whole thing.

As you read, you will immediately notice where you stumble. That's a clue that the sentence isn't working. Are there words that you skip entirely? Also listen for your rhythm and pace. Does it sound flat? Or can you hear a rhythmic quality to your sentences?

“Rhythm is such an important part of writing, and it is evident in a well crafted piece, whatever the age level or category,” says Cathie. “Rhythm is often one of the defining characteristics of literary fiction and it is crucial for all children’s books and YA authors.”

Charles Dickens famously read out sections of his drafts in the mirror, even practising facial expressions to make sure it looked as well as sounded right. If that's a bit too intense for you, try reading into the voice recording app on your phone and listen back. It's a great way to tighten up your writing.

Some writers think that they only need to read out

If you can't see any flaws in your manuscript, or you can't figure out how to improve it, or you just hate it from beginning to end, you're too close to it.

“You may have the book blues,” Pamela says. “Ask your beta readers. They’re your guides to what you need to do. If you’re afraid the story is not working, ask them to be ruthless, and to say whether it needs radical overhauling. If you give them permission to be honest about it, their feedback will be more useful to you.”

When choosing a beta reader, make sure you choose someone who can be compassionate as well as constructive.

Above all, have fun with the editing process. Some writers actually love editing more than writing because it's a process that makes your story better. Go into it with a sense of adventure and with a goal to write the best story you can.

Tackling your second or third draft and not sure what to do next? Our Cut, Shape, Polish course is ideal!

It has been especially designed to help writers gain the editing skills they need to improve their story. You will:

PrevPreviousEp 363 Meet Monica McInerney, author of ‘The Godmothers’.
NextHow long does it take to write a first draft?Next