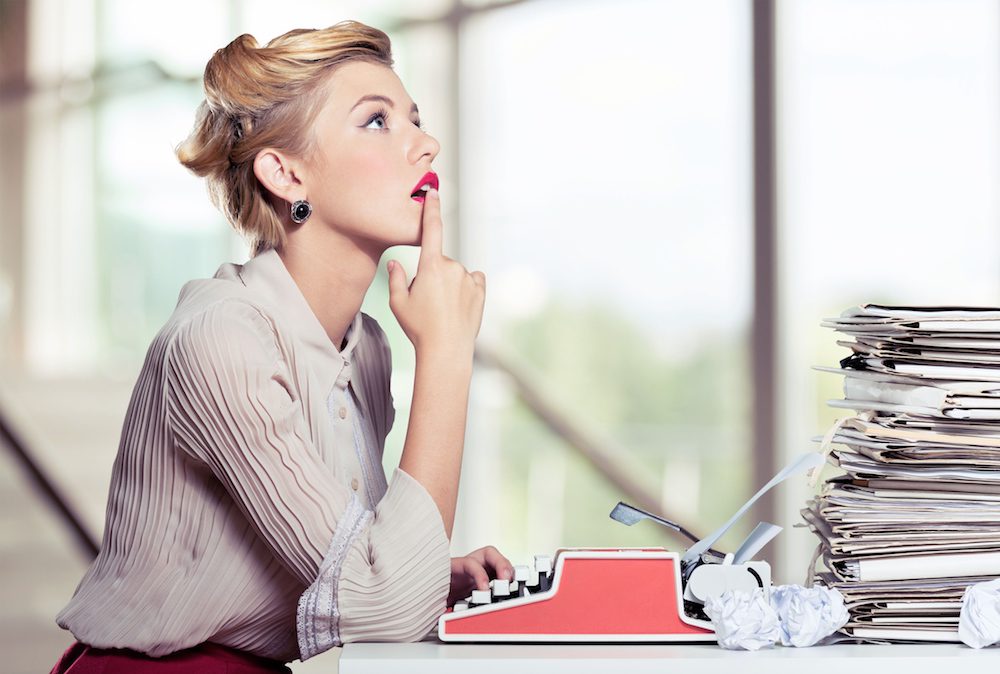 Creative non-fiction is an increasingly popular genre for readers and writers alike. The real world can be stranger than fiction, and audiences are eager to learn and be entertained at the same time. If you’re searching for tips to make your creative non-fiction writing stand out, look no further: we’ve talked to some of Australia’s most successful creative non-fiction authors to find out just how they do it.

If you’re writing about a topic that has been covered many times before, you need a fresh and interesting angle. This is something Joe Gorman grappled with when he wanted to write about soccer.

His first book The Death and Life of Australian Soccer ended up being longlisted for the Walkley Book Award. He felt there was a gap in Australian sports journalism, in that most of it didn’t cover the business of sport, or the importance of sport to communities, and targeted his writing to fill that gap.

“I pitched my first book to a publisher, I think it was only two years after starting to write at all,” he told the Australian Writers' Centre. “I had this confidence because I knew that what I was writing about wasn't what people were writing about, so there was a market for it. Well, I didn't know there was a market for it, but I knew that it was different. That probably gave me a sense of difference to editors and to book publishers and so forth.”

While we’d never stoop to using the old cliché about the early bird and unlucky worm, getting up when the house and world are, hopefully, still quiet can help you get some vital uninterrupted writing time.

Successful journalist and author Caroline Overington uses that time to edit. She’s an advocate for just getting something down on the page, and then looking at with fresh eyes first thing the next day.

“In the morning you get up and you look at it again and see if it's any good,” she says. “If it's not, just get rid of it and start again. If it is, fiddle with it. But not for too long! Because otherwise you'll waste a day.”

Some writers are in the situation of not having other work to fit their writing around, which might sound like bliss to those snatching time around their day job, but it has its own challenges. For Joe Gorman, having a schedule and beginning the working day by 8:30am means that he avoids letting the freedom of writing get out of hand.

3. Start with structure but be flexible

To write an entire non-fiction novel, you need a structure in place – one which is strong yet flexible, so it can adapt as your writing progresses. Think of it like a trellis: your structure will help keep your writing on track and give it a clear sense of direction, as well as enough freedom to grow naturally in its own way.

This evolving structure helped Stephanie Wood stay on track. She is the author of Fake: A startling true story of love in a world of lies, cheats, narcissists, fantasies and phonies. An experienced feature writer, Stephanie puts a significant amount of consideration and work into setting up a structure from the beginning.

“It’s, to me, the bedrock of everything,” she says. “To know where you're going, to know how your story is going to unfold. To have maps, almost, to have physical maps, drawings or documents that show you where you're going. It doesn't mean you've got to stick to it, the structure can evolve. But I think that having a really strong structure gives a writer the narrative drive, the tension, and the momentum to keep the story going.”

4. You can research and write simultaneously

Some writers will prefer to research first, and have all their knowledge filed and ready when they go to put pen to paper. For others, combining the processes of writing and researching may save them time, and even help them form the story more fully.

If you’re not sure which method is for you, consider your time constraints. If you’ve got ample time, you might be able to research first and write later, but if you’re squeezing in writing around a day job or other commitments, don’t feel you need to wait before you’ve done all your background reading before you start writing: you can always come back to it and edit.

This is a strategy employed both by Stephanie, who spent a year writing and researching at the same time, and by Robert Wainwright, author of Rocky Road: The incredible true story of the fractured family behind the Darrell Lea chocolate empire.

Robert mixes up his writing habits, but says he tends to research and write simultaneously.

“Partly, because some of the books I've done have involved tiny, tiny pieces of information that aren't immediately recognisable as important. And if I don't write them down in some form, I can forget them.”

When you are pressed for time and trying to streamline your writing process, it helps to be selective about your research and your sources. While you might feel the need to speak to every expert in a field just so you’re confident you’ve covered every possible aspect of an issue, quality over quantity will help you get where you’re going.

For Stephanie Wood, this became very apparent when she was researching personality disorders to add detail to her writing on her past relationship with a narcissist.

“Originally I wanted to speak to multiple specialists in each area, and in the end I actually only spoke to one – once I was confident that their expertise was solid and their work was reflective of the wider body of research in a particular area.”

6. Give your reader something to come back for

One way to think about your creative non-fiction writing is that, as you’re writing a story, you still want your audience to be left eager to see what happens next. You should try to build suspense and be clever about how you give out information.

For Gabriella Coslovich, she knew as she was writing Whiteley on Trial – about two men put on trial for art fraud – that the men would appeal the jury’s guilty verdict, and the book makes that clear upfront. Still, she says that outcome didn’t ruin the intrigue of the story because the book was always about allowing readers to come to their own conclusion.

“You've got a jury that says the two men are guilty and then an appeals bench says they are not. Well, what's the truth? That's the theme of the book. What is the truth? I take the reader through it… but the readers have to make their own opinion.”

Stephanie decided that for her book Fake, which was part memoir and part essay, she needed to think of it like a thriller.

“And a thriller holds back,” she says. “Just when you want the information, you stop and you move on to something else. And so you leave people wanting more. So it's a matter of teasing out the story. Don't give everything away at once, if that makes sense.”

7. Break it down into numbers and stages

You might be thinking that a task the size of a creative non-fiction book – 80,000 to 100,000-odd words in length – is intimidating. You wouldn’t be alone – it’s a daunting number. But authors do it all the time, and one helpful tip from those who’ve done it is to break down the mental goals into achievable chunks. Luckily if you’re writing a book, you’ll already have those handy milestones in the form of chapters.

Arts journalist Gabriella Coslovich told the Australian Writers' Centre that when she was commissioned to write the 80,000-word Whiteley on Trial, she was initially worried. In order to get it done, she changed how she thought about the task at hand.

“I didn’t think of the book as a book,” she says. “I just thought it’s all these little different bits and steps that I have to get through.”

If your creative non-fiction process includes a lot of interviews or in-person research, one trick is to write down your first gut reactions as quickly as possible, before you’ve thought about the interaction too much. Gabriella’s research process meant she was in court on a daily basis for five weeks, listening to the case being heard, and at the end of those days – as well as immediately after interviews – she says she quickly writes down her impressions.

“It's all rushed, but it comes from the gut. And then you can go back to it and fix it up. But you've got to keep that very first impression, you've got to get it down quickly or you forget. You forget how you felt.”

Even if you’re writing about a particular subject, you need to make sure that your story follows a narrative arc. Otherwise, your reader has no convincing reason to keep on reading.

Valerie Khoo is author of Power Stories and CEO of the Australian Writers’ Centre, which offers a course in creative non-fiction.

“People want to write creative non-fiction that is compelling, that keeps the reader wanting to turn the page,” she says. “Readers want to feel like they are going on a journey. In a creative non-fiction book, you don’t want to simply write a series of facts. And even if your story is episodic in nature, you can’t just pull together a series of anecdotes that are about the same topic. While you can have those anecdotes, you also need to overlay a narrative thread and tie everything together.

“A good example of this is Ghost Empire by Richard Fidley. It’s about the history of Constantinople but the narrative thread is about Richard’s experience of travelling to Istanbul with his son.”

Some days it will feel easy – you’ll sit down to write, and fully-formed paragraphs will spring from your fingertips onto the page. Other days will feel like you’re swimming through quicksand. Experienced writers who’ve written multiple novels and lived to tell the tale know that you have to prepare for those tough days, and recognise that they are a key part of the process.

Want to discover the EXACT steps you need to take to pen an engrossing true story? Our Creative Non-fiction online course is your secret author weapon – giving you the framework to follow for a stellar story that readers and publishers will love.