In episode 90 of our top-rating podcast, So you want to be a writer, hosts Allison Tait and Valerie Khoo named their favourite three interviews for 2015 (well, Allison named four because she’s a rebel). You’ll find out what made these interviews so great and why you should listen (or re-listen to them).

“Firstly, it was such an interesting thing that he tried so hard to be a Writer with a capital W because he felt that’s what he should be doing. And then he’s made his name and his fortune out of doing what he really loves, which I think is a great message for every single author.

“Secondly, because it was the most serious conversation about bums that I have ever had in my life and it still makes me smile just to think about it. I often bring the interview up when I go to do my author talks at school talks because he talks about how even when everything is going nuts and looks incredibly chaotic, the logical progression of story is absolutely important. I just think that is fantastic.”

“She talked about how she bands together with other historical romance authors and they have built a solid platform by doing it as a cooperative thing. Word Wenches is their blog, they take turns to blog, they promote each other’s work, and I think it’s a great message for authors who perhaps don’t want to take on their own personal blog because they can be very hungry things.

“And she described emotional punch, which is this phrase they use in romance writing all the time that is incredibly difficult to put your finger on, and she gave a terrific description of what it is, and how to achieve it.

“I think that if you are interested in writing romance or having romantic elements in your stories at all, very much worth listening this interview for that reason.” “I thought she gave some terrific insight into what children’s book publishers are looking for across a range from picture books all the way through to YA. If you are in the market for writing that sort of thing or looking for somewhere to be published, definitely worth having a listen to what Suzanne had to say. “We talked a lot about writing with children because her book is The Divided Heart and it’s about motherhood and creativity. The second edition of it is called Motherhood and Creativity: The Divided Heart. There’s been two different editions featuring interviews with a whole range of women who are creative types – authors, singers, artists, whatever, and also parents. This particular interview got a huge response from our listeners.

“It’s not just for motherhood either, a lot of us are parents as well as creative people and I think that it’s really worth having a listen to how people make it work, how people fit things in, all of those sorts of things. So if you’re in that boat, this is also a fantastic interview to have a listen to.” 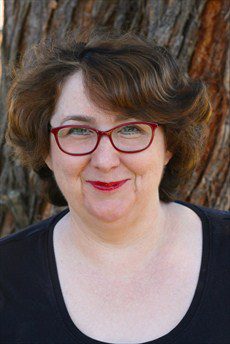 “I love talking to Pamela because every time I do, I learn something new about the creative writing process; whether I’m quizzing her about her process or whether she’s talking about ways and frameworks other people can use to discover their optimum creative process.” 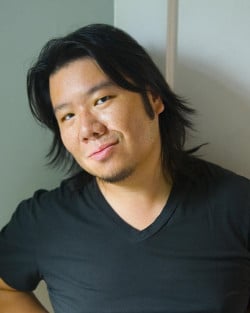 “Kevin Kwan is the author of China Rich Girlfriend, which is the sequel to the phenomenon best selling book Crazy Rich Asians.

“I enjoyed speaking with Kevin because, like his book, it was a romp. It was a light-hearted, full of energy discussion about how he came to writing. He is doing something that he absolutely loves. I’m sure that Kevin doesn’t try to say that his books are literary works of art or anything like that, but they are great stories, they’re hilarious, and they sell all over the world.

“It was fascinating to hear how he put his stories together and what they were based on.”

“His third book Guilt was released this year. It’s set in the Northern Beaches where I now live. And it’s a wonderful story that is ideal, in my opinion, not only for adults but also for young adults because the main characters are at 38 and 18 and he follows their journey in different stages of their lives.

“There are three reasons I loved this interview. Firstly, I thoroughly enjoyed the book and I enjoyed speaking to Matt on a professional level about his creative writing process.

“Secondly, I’m Australia’s biggest fan of the super-hero action television series Arrow in which he stars in one of the seasons…

Listen to the final episode of 2015, episode 90, to hear Allison and Valerie's conversation in full.

Stay up to date with posts from the AWC blog. You can sign up to receive our weekly newsletter, follow us on Twitter, or like us on Facebook. Our carrier pigeon service is currently unavailable.
PrevPreviousEp 90 Margaret Atwood is writing a graphic novel, writing rituals, how to get to know your characters and name them, Don Watson’s Worst Words, enter our 12 Days of Christmas giveaway of 12 books, and the best of 2015. Chat to you next year!
NextEp 91 Our step-by-step guide on how to achieve your writing goals in 2016. How to know you’re dating a writer, beware this fake Penguin publicist, do you know where to put plot points? And much more!Next