What is ‘Regency romance’ and how can I write it? 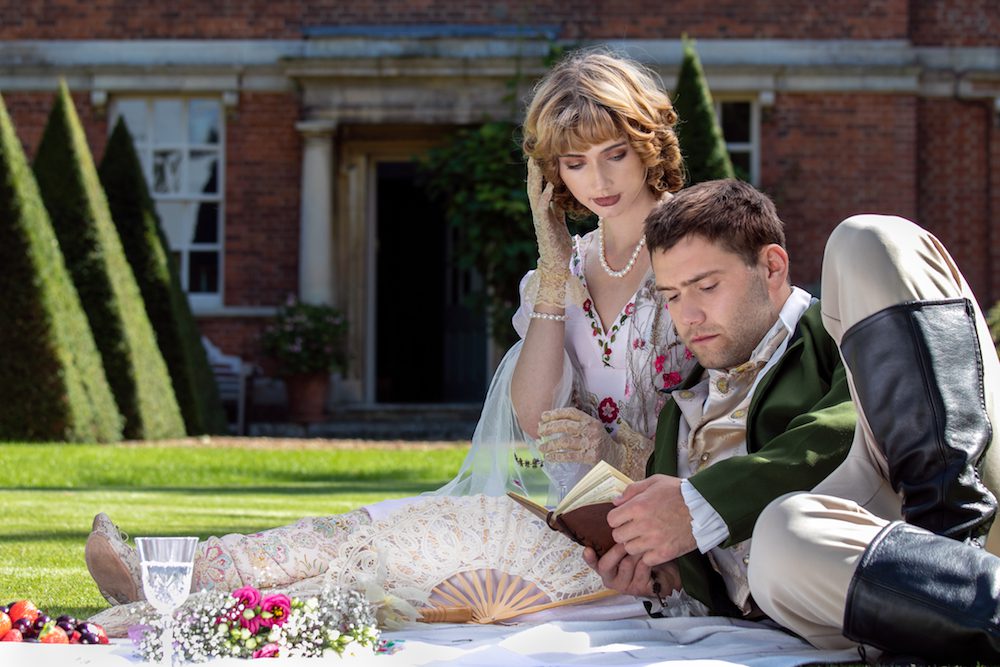 If you've been swept up in the spectacle of Netflix's Bridgerton, you're not alone. More than 63 million households have tuned in to the pomp and romance, and many people who'd never heard of a ‘Regency romance' before are now addicted. So what exactly is a Regency romance? And how can you write your own?

What is a Regency romance?
In the simplest explanation, a Regency romance is one that is set during Britain's Regency period, when the Prince Regent ruled the country in place of his father, the mad King George. The Regency itself only lasted nine years, although the era has spilled over to encompass the years between around 1795 to 1837 (when Victoria took the throne).

During this period, the very upper echelons of British society enjoyed lavish lifestyles full of parties, balls, myriad social engagements, marriage plots and gossip – but all against the backdrop of strict social mores. It's this tension that makes it an exciting period to write about.

The earliest Regency novels
If it all sounds a bit Jane Austen + aristocracy = Regency romance, well, it is! The subgenre of Regency romance really took off with the novels of English writer Georgette Heyer. Heyer was an incredibly productive writer of romance and detective fiction, and her romance novels were inspired by Jane Austen. She did meticulous research to make sure she got the settings and behaviours of the period right – and then threw in vivid characters and witty dialogue. Her heroines are always feisty and independent, her heroes are often reformed rakes, and marriage is the ultimate destination.

Sumptuous detail
Regency romances are known for their delicious descriptions of clothing and rooms, hairstyles and jewellery, carriages and castles. You only need to read a few before you know the difference between a pelisse and a chemise. You'll also notice a startling abundance of men with muscular thighs – mainly because men’s breeches were more like leggings than trousers, so everyone got a good look! This attention to detail is a legacy of Georgette's novels. Getting caught up in the finery of the period is something that readers treasure about Regency romance novels.

Of course, Jane Austen didn't have to go into meticulous detail about dress or furnishings or architecture because she was writing about her own period and social class. It would be like writing a character today and saying that “she wore black skinny jeans” – you wouldn't bother to explain what jeans are, although in 200 years, maybe nobody will know what they are!

A new generation of Regency-era romances
Georgette Heyer's Regency novels were bursting with romance – but you won't find any sex amongst her pages. As the popularity of her novels (and their imitators) waned, other authors took the era as a backdrop and wrote steamier novels. Now you can find Regency-era romances across the whole spectrum – from Georgette's ‘traditional' style (known as ‘sweet romance’), to ones with a bit of sex, right through to outright erotica.

Some of the more recent authors – like Julia Quinn, who wrote the Bridgerton novels that the series is based on – are less concerned with being strictly authentic. Instead, they use the Regency era as a backdrop for playful romances with plenty of sexual tension – and sex.

Top tips for writing your own Regency romance
If you're burning to write your own Regency romance, make sure to read a lot of the oeuvre! Chances are if you want to write your own, you're already a fan. But if you're new to the genre, you need to read absolutely as many Regency novels as you can. Fans can spot a phoney, so if you don't genuinely know and understand the genre, it will make it hard to write your own. Writing Regency is a bit like writing in the Marvel Universe – there are common tropes and an established canon, but there's still room for innovation and to try something new. But you must know what has come before.

That's why it's good to be familiar with the tropes. While it's no longer a ‘must' to include them all, knowing what they are will help you to play within the genre. Some of the common tropes are high society, or the bon ton, many balls and social events, and numerous Dukes, Viscounts and Marquesses. Readers also often enjoy lots of detail, particularly around clothes and setting. Once you've read enough Regency novels, you'll know what the tropes are and which ones you want to use yourself.

Most importantly, don't forget the romance! Your romance must develop over the course of the book, and it should conclude (happily!) in the final pages. That means your romance will need setbacks, roadblocks, twists and turns on the way to the altar to keep the tension going. Romance is all about obstacles and the characters overcoming those obstacles – which could be the social mores of the day or their own reluctance to fall in love.

Whether you're new to the Regency romance, or a diehard fan, the good news is that there are thousands of books out there ready for you to devour. If you like the idea of the traditional or sweet Regency, start with the doyenne herself, Georgette Heyer. But for something a bit more modern, go for writers like Anna Campbell, Bronwyn Parry (our very own!), Ebony Oaten and Alison Stuart. You're in for a treat.

And if you're dying to write your own, don’t look past our Historical Fiction and Romance Writing courses – essential additions to your author toolkit that will help you to write captivating stories.