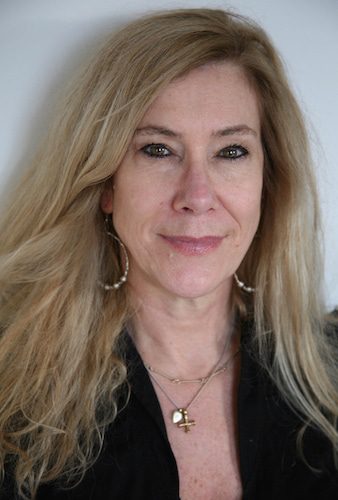 It’s competition time again, and we couldn’t give this one away without first having a chat to the woman behind all the men, music and misadventures – journalist Jane Cornwell.

In this breezy travel memoir, Jane shares her flings and whirlwind experiences around the globe. These include the young Greek bartender on Skyros; the Jamaican gangster who got her stoned on a beach cliff top in Negril; the Congolese ex-con in Paris who wooed her with perfume and lingerie and many, many more!

So, Jane, care to add anything to that synopsis in under 124 words?

“The Whirl: Men, Music & Misadventures is a memoir. Part fact, part fiction. Loosely based on real experience. It’s the story of a woman who grew up in Mooroolbark in Melbourne’s outer eastern suburbs, doing all the dumb things: smoking dope. Drinking cask wine. Losing my virginity in the Myer Eastland car park in a panel van painted with a mural of Pink Floyd’s ‘Dark Side of the Moon’. Reading books, discovering music, before falling for an English stand-up comedian and setting out to see the world for myself. And so begins a series of adventures, each contained in chapters headed with a man’s name and a song title, each man being a sort of portal into another world, another genre of music.”

Men and music. Nice. So how does one come up with this kind of book idea?

“I guess I was always regaling my friends with stories of my travel adventures, and early on it really was a case of ‘you have to write this stuff down’.”

And so you did.

“There were also various important themes that I felt weren’t being tackled in the books and newspapers I read. Cross-cultural relationships, for example. I know so many white women who go out with men from elsewhere, and the reasons for this are varied and nuanced. I wanted to write about my experiences and broaden it out.”

You talk about the men in your life … Where did you draw the line between what was too personal to share and what you were happy to put in print? How much is the reader missing out on?

“Initially I was prepared to put in a lot more salacious stuff. Then when the book was actually commissioned and reality kicked in I felt a bit freaked out!

“There was a lot of trial and error in the writing process as to what to leave in and take out. It was when I realised that being funny and wry about myself and the men in my life was the best way forward that everything started to flow, though there were times when revisiting certain key moments – such as wanting to have children – was very confronting. It certainly wasn’t easy, writing this book, but it proved to be excellent therapy!

“The other device that freed me up to write about the men in my life was to veer off into fiction when the muse took me that way. Occasionally I substituted another location, as I did with Eugene, the French-African guy who got a bit obsessed; I met him elsewhere but for the purposes of the book put him in Reykjavik, Iceland.”

Iceland – the natural first choice. So, that’s the men. Tell us more about the music thread in this book.

“I’m a music writer who studied anthropology. Music is largely what has taken me to other cultures – visiting festivals and writing about them, discovering fascinating back stories, seeing the way music is woven into the fabric of certain cultures: in life, religion, healing, you name it.

“Consciously or not, everyone’s lives are soundtracked by music. I felt that giving the man of each chapter his own song was a way of both humanising them and giving the reader something to relate to, and in many cases it let me explore the musical genre to which the song belongs or feed the story in ways humorous or poignant.”

“I’m not sure a freelance journalist has a typical day! I suppose writing for Australian publications as well as British ones means there’s not much psychological time off; you always feel a bit behind the 8 ball. I’ve learned over the years to listen to my body clock. Mornings are good and relatively productive. But afternoons – unless I’m really on a roll – forget it! 3pm is usually when I feel like having a snooze. Then I get my mojo back around 5pm and being a night owl could easily write all night into the wee hours.”

What’s next for you Jane?

“At the moment, I’m just back from Morocco so am writing a review on the Gnawa music festival there. Then there’s an interview with an architect, another piece on jam sessions in London, some sleeve notes for an album and I guess I better try and get some more commissions! Having written this book, which I’m very proud of, I’d like to write another. I feel a lot more aware of the pitfalls to avoid and the routine that works for me.”

Any advice for aspiring writers?

“Don’t listen to the doomsayers! I like to ascribe to the theory of abundance, and there is enough work to go around if you have irons in lots of fires. Also specialise – what are you good at? What interests you? Forge relationships with editors, seek out new publications and understand who their target markets are.

“Being a full-time writer isn’t an easy profession. You’ll probably never be rich, at least not financially. But when things are going well, the freedom and satisfaction it brings can’t be beaten.”

And that’s The Whirl: Men, Music & Misadventures by Jane Cornwell – published through Harper Collins. We have a copy to give away this week and we particularly liked what Jane had to say about everyone’s lives being soundtracked by music. So, tell us, which song would be the perfect soundtrack to YOUR LIFE? Get creative and let the title tell your story!

To enter, just fill out the form below with your answer. Entrants (who aren’t already) will also be subscribed to our superb weekly newsletter.

This competition has now closed – thanks for your entries! Winners will be announced in our weekly newsletter.

PrevPreviousThe Vault: Michael Robotham – a matter of Life or Death…
Next11 words you can stop misspellingNext