Picture book author – and AWC alumna – Victoria Mackinlay has had an extraordinary month. She has published not one but TWO new picture books, The Lion Who Came To Stay and The Bark Book.

As if that wasn’t achievement enough, her first picture book Ribbit Rabbit Robot has been listed for both the Speech Pathology Australia Book of the Year Awards and the CBCA Award For New Illustrator, causing it to completely sell out on its first print run and it has now gone into reprint.

The Lion Who Came To Stay has also been a Better Read's top selling book and recently featured in The Guardian.

As she’s one of our wonderful Writing Picture Books graduates, we just had to sit down with Victoria and ask her about all her exciting successes. 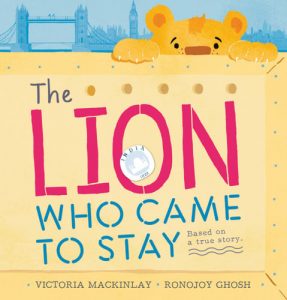 Congratulations on the publication of your third picture book. In fact, you released two books this month. How did that come about?

Thank you! The Lion Who Came To Stay was actually my first contracted book but was delayed due to illustrator workload and COVID. The Bark Book was originally scheduled to come out next year but was brought forwards. They are published by different houses so it just happened that they came out the same month. Kind of like London buses, you wait a lifetime for one to come, and then two come at once!

Your book The Lion Who Came To Stay is based on a true story. Can you tell us the background for that?

It's based on the story of my grandfather Francis who was gifted a lion cub by a Maharajah in 1935.

My grandfather (who was 8 at the time) wrote from his boarding school in England to his parents who were working in India, asking them to bring him an elephant home. Due to a remarkable set of events, they brought him a lion cub instead.

It's a story of separation, friendship and loyalty set in a bygone era.

My grandfather is still alive and received his copy of the book this week. You can see a video of the moment on my Instagram here. [AWC warning: this will make you cry]

How was it different writing a picture book based on a true story rather than inventing it?

This is a story I was very familiar with. My grandparents told it to us hundreds of times when we were little, at our request!

I took some licence with the story (setting it at Christmas, rather than during the summer holidays, as I wanted to amp up the gift-receiving scene). I wrote from memory and my interpretation of the story before I went back to my great-grandparents' diaries to fact check and cross-reference.

It was an interesting exercise in exploring oral storytelling and how stories evolve over generations, but ultimately the book is very true to the events that happened in 1935. 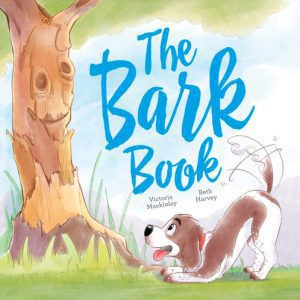 With The Bark Book, you’re working with a new publisher. What is that like?

HarperCollins have been fantastic to work with. There was a lot of collaboration with the illustrator, Beth Harvey (who is the animation director of the popular series Bluey), especially to incorporate the tree barks, which I really enjoyed. I'm very lucky to be working with two wonderful publishers.

All three of your books focus on animals; is this a passion of yours?

I hadn't realised that but yes! I am a passionate animal lover. I became a vegetarian when I was 8 years old after I joined the RSPCA and WWF and used to write letters to MPs in the UK advocating for animal rights.

Finally, what are you working on now/next?

I have many picture book manuscripts on the go at various stages, plus a collection of ideas, some branching into chapter books/middle grade which I'm very excited about.

A big congratulations again to Victoria and we’re looking forward to your next achievements!