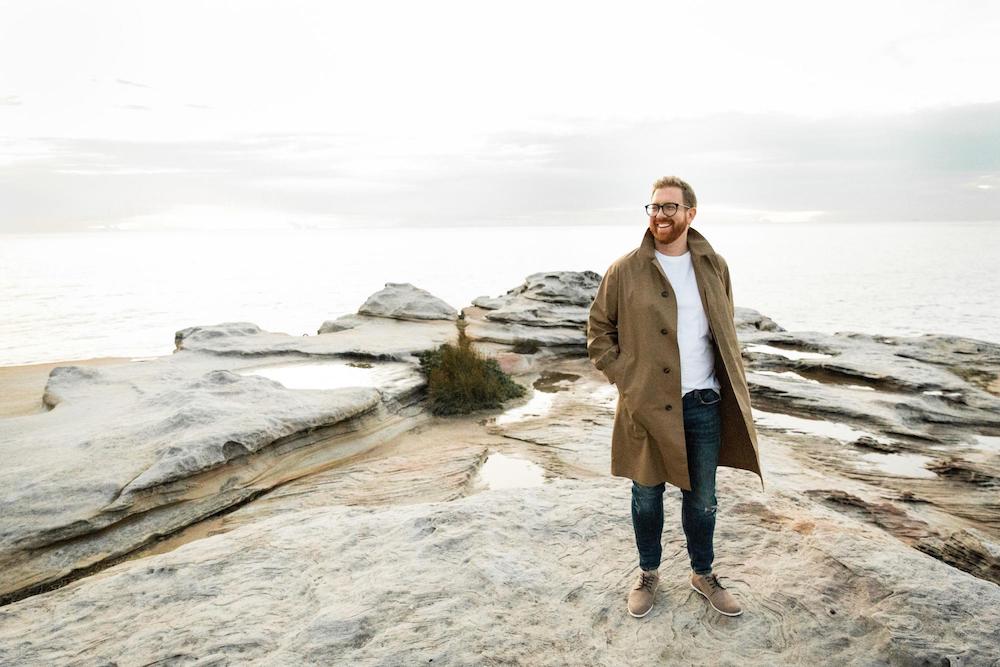 Sam Buckerfield knew he wanted to make a career out of writing, but he was initially held back by his own self-doubts.

“Although I was ambitious, I didn't know for certain that I had the seeds of an author in me,” he says. That was until presenter Pamela Freeman invited him to join the Write Your Novel program at the Australian Writers' Centre.

“It was in that very moment that I felt believed in by a professional,” Sam says. “And I, in turn, believed that I had the capacity to be a published author.”

Sam’s first published book is Generation Alpha, co-authored with Mark McCrindle and Ashley Fell, and it is out now with Hachette Australia.

“Feeling the weight of the book in my hands, and seeing my name embossed on the front cover, was overwhelming. I couldn't stop smiling and my hands were shaking as I held it, because for so long the book seemed intangible,” Sam says. “A longstanding dream of being a published author contracted by a global publisher was now a reality. My dream came true.”

A life infused with writing 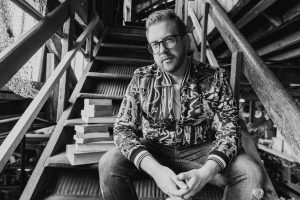 Sam’s main goal has been to publish fiction, so it’s surprising that his first major publication is a non-fiction book on social research. Fortunately, Sam has never been afraid to diversify. He has written children’s and young adult manuscripts and, in his day job as General Manager of Corporate Communications at a profit-for-purpose organisation, he writes everything from emails to marketing materials.

“I am one of these funny people who feels compelled to write most days. It's in my bones and I can't shake it,” Sam says. “I make writing fit into my life. Sometimes it means I get up an hour earlier, or it means writing notes into my phone on the train to work.”

It was this compulsion that led Sam to take his first courses at the AWC.

“You can learn anything, should you put in the hard work and effort, but I suppose I didn't expect to be so believed in,” Sam says. “Not in a fridge magnet, Instagram-post way, but in such a way that I was given the tools to grow dramatically in my craft. And the tools included everything from developing a concept into a story, to characterisation, believability, formatting, dialogue and that weird and wonderful magic known as tone.”

The power and pain of feedback
During his first workshopping course, Sam was incredibly nervous about sharing his writing and giving and receiving criticism. In fact, he almost quit the program!

“No one wants their flaws pointed out,” Sam recalls. “But this wasn't a personal attack against me, it was constructive criticism that I had to reflect on and decide for myself, as the author of my story, whether to take it onboard or not.”

Luckily, Sam is naturally enthusiastic and proactive, and he continued on. And it was during that course that Pamela told him he was ready for the next step – Write Your Novel. That meant committing to six months of working on his novel and giving and receiving feedback. Sam was up for the challenge.

“If you are serious about your writing, you have to be vulnerable and brave enough to receive feedback. This is imperative because not only is it the main way for you to learn and grow in your craft but also you'll find out whether you're good or not,” Sam says. “It's confronting, yes, but it helped me see whether all the time, energy and money I was spending was worthwhile. And, thankfully, I learnt it was.”

Non-fiction success with Generation Alpha
Sam’s first publishing deal was not what he expected, but working on Generation Alpha with social researchers Mark McCrindle and Ashley Fell was an extraordinary opportunity. 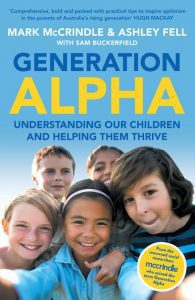 “The work was comprehensive and collaborative – think PhD level research!” Sam says. “The process started with me interviewing Mark to form a book outline, full of subtopics, which I conducted desktop research on. The research alone was months of work. I had to learn how to become a social researcher.”

It’s a far cry from the sort of writing he was doing during his AWC courses but he was able to use his storytelling skills to weave together a book that the everyday reader could understand. Then it was time to see if a major publisher would be interested.

Sam contacted Pamela, with whom he’d stayed in contact, and she recommended Hachette. Through co-author Mark’s connections, they were able to secure a meeting and before Sam knew it his manuscript was in front of professional publishers and editors.

“The feedback was not only encouraging but kind,” Sam says about the experience. “Sure we had work to do, improvements to make, but it wasn't as cut-throat as I had braced myself for. In fact, I've actually printed out and framed some of the feedback to remind myself that I am a good writer because a global publisher has told me so!”

The result was a deal to publish Generation Alpha – a comprehensive book about the experiences and expectations of children born between 2010 and 2024 – not just in Australia, but around the world.

“I printed and framed the Memo of Offer and placed it next to my computer as a physical reminder that I was going to be a published author,” Sam says. “And that spurred me on to give my best.”

If Sam has shown anything on his path to publication, it is that he always gives his best.

Right now, Sam is working on a children’s book and a screenplay based on a young adult manuscript he’d written previously – demonstrating his usual versatility and drive.

A mentor once told Sam that he would make it in this industry if he had the fire in his belly.

“I think I have that fire,” Sam replied. He most certainly does.

PrevPreviousEp 400 Val and Al answer all your burning questions about the world of writing and publishing.
NextQ&A: Invitations, invites and RSVPingNext