This course is ideal for: Writers who want the motivation, discipline and advice to complete their manuscript

You will:
Complete a first draft by the end of the program
Get weekly motivation and guidance on your story
Target structural flaws and dialogue
Workshop your manuscript
Explore the steps to publication 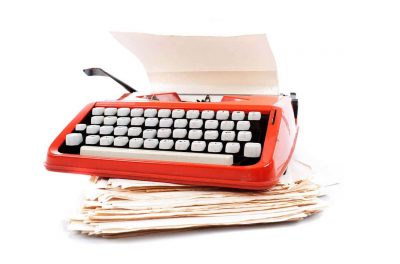 Turn your novel into reality

You have the idea, you have the characters, you may even have a first draft, but you know it’s not quite ready to submit to an agent or publisher. You want feedback from professionals who can help you create the best possible version of your manuscript.

This novel writing program is designed to help you take your novel to the next level. If you haven’t finished the first draft, we’ll set you a timeframe and a structure to work in so that you have a completed first draft by the end of the program. However, you must have a minimum of 20,000 words to qualify for entry into the program. If you do have a first – or even a second or third – draft, we’ll help you to look at it objectively and improve it significantly. You’ll learn how to identify any problems in your manuscript, ensure your structure is working and deepen your connection to your reader.

Are you serious about your novel?

Based on a combination of theory and workshopping, this program is for people who are serious about publishing a novel or book-length memoir, who want to understand more about their craft and who want a community of like-minded people to support them. We will help you craft the crucial opening chapter – the part you submit to the agent or publisher, and which will make or break your chances of publication.

The program consists of:

“The structure has put me back on a better path to move forward with a story in my head.
If there's a story in you, take it a step further with this course.”

A special feature of this program is that you will be matched with other program participants who are writing in the same genre as you or share similar writing techniques or struggles.

During a scheduled break from classes, everyone in your group will read all of your book – while you read theirs. When classes resume, you will be getting in-depth feedback from them on the structure, flow and impact of your full draft and giving feedback to them. This process will give you structured feedback from informed, intelligent readers who will, by then, be experienced in workshopping and understand what kind of book you are aiming for.

Your presenter will then help you plan your final edit based on that feedback. It will not only allow you to have your full book read by discerning readers, it will also develop your own skills in structural editing – and give you a deadline to meet!

You will have plenty of time to read the drafts and comment on them. This process is unique in novel-writing courses in Australia. You’ll also be given a structured weekly workshopping program to complete outside of classroom hours. No matter what state your novel is in, this program will give you the motivation and discipline to take it to the next level – and maybe further. As Pat Walsh, the American editor, says: “The number one reason your book may never be published is that you haven’t written it.” Don’t let that be true of you.

“This process is wonderful. All of a sudden it's like a light has been turned on
and things seem clearer. Now my job is to translate this onto the page.”

Pamela Freeman is the award-winning author of more than 30 books. Her most recent book, published under the name of Pamela Hart, is A Letter from Italy, an historical novel set at the height of World War I (2017). In 2016, The War Bride, an historical novel set shortly after World War I was published, sequel to The Soldier’s Wife (2015) (all published by Hachette Australia). For children, her most recent publication is the Princess Betony series published by Walker Books. Her new book for kids, Lake Eyre, is a non-fiction picture book (Walker Books, 2016). Pamela also writes fantasy fiction for adults. She is best known for the Castings trilogy (published in the US, the UK, France, Spain, Portugal and Germany as well as Australia) and for Ember and Ash, winner of the Aurealis Award for best fantasy novel. Another children’s book, Victor’s Challenge, was published in 2009 in Australia and the UK and won the Aurealis Award for Best Children’s Fantasy.

Cathie Tasker is a fiction editor with over 25 years’ experience. She has mentored many manuscripts to publication and is experienced at guiding and motivating writers to improve their work. Cathie has worked as an editor and publisher with HarperCollins, Scholastic Australia and Koala Books. She also worked as Marketing Manager for Koala Books and as a Book Club Editor at Scholastic Australia. In her career, Cathie has edited and commissioned nearly 800 books, many of which went on to become bestsellers and win awards. Cathie has edited novels and picture books for many authors, including Jackie French, Wendy Orr, Garth Nix, Mem Fox, Cathy Wilcox, Bruce Whatley, Jennifer Fallon, Garry Disher, and three Australian Writers’ Centre presenters: Pamela Freeman, Judith Rossell and Sue Whiting.

Bernadette Foley was publisher of fiction and non-fiction for international publishing house Hachette Australia for 10 years, working with such authors as Di Morrissey, William McInnes, Gabrielle Lord, Graeme Blundell, Kate Ceberano, Bronwyn Parry, Lian Hearn, Pamela Freeman, Troy Cassar-Daley and many more. She is one of the most connected people in the publishing industry and has worked as an editor and publisher for over 30 years, receiving the George Robertson Award for Service to the Australian Publishing Industry in 2015.

Want to know where all the cool kids hang out? The Graduates’ Club of course! Now, calm down – there’s no cigars, leather armchairs or loud ticking grandfather clocks here. But it IS exclusive invitation only (on completion of a course) and it’s free! Meet other writers online and share successes, seek help or just get something off your chest. Many students believe this ‘legacy learning’ is one of the most valuable things about our AWC community, and who are we to argue? So if you want to receive feedback, support and a heads-up on opportunities … join the Club!