Ever wanted to ask questions directly to a publisher? Hachette Australia’s “Ask the publisher” initiative will give you the chance to do just that.

It will take place each Friday between 3pm-4pm (Sydney time) on Twitter. Just tweet @HachetteAus and include the hashtag #askHAU.

“Our publishers will be answering questions live during the chat as well as responding to questions that have come through during the week, you can tweet us at any time. If we don’t get to your question that week, we will endeavour to answer them in an orderly fashion during the following weeks.   You can also send your questions through to us by email to [email protected], just be sure to include your twitter handle so our publishers can include it in their response tweet to you.” 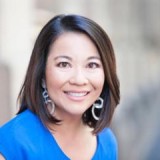 Valerie Khoo is CEO of the Australian Writers' Centre. As a feature writer, her work has appeared in The Sydney Morning Herald, The Age, Australian Financial Review magazine, Virgin inflight magazine and many more publications. For seven years, she wrote a weekly enterprise column, syndicated across six major Fairfax news sites. She is author of "Power Stories: The 8 Stories You MUST Tell to Build an Epic Business".