We love indie authors at the Australian Writers' Centre (well, we love ALL writers)! These days, many authors prefer to go indie rather than signing up to a traditional publisher. Some indie authors like having control over their writing, while others want to publish without pressure. Some make a modest income alongside their ‘day jobs’ and others make healthy six figure salaries from their books, all while finding legions of fans in niche or underserved genres.

If you’ve ever dreamt of being published, you should definitely research whether the independent publishing route is right for you.

We’ve interviewed dozens of incredible self-published authors over the years on our popular So you want to be a writer podcast. Here’s a few from our archive that will inspire you!

We’ll also be adding to this list as we continue to feature indie publishers on our podcast. It’s a great resource to bookmark to keep up-to-date with the world of self-publishing. 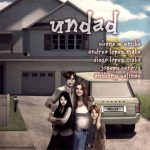 Shane W. Smith is an Australian graphic novelist who used Kickstarter to crowdfund the first book in his Undad series. When we spoke to Shane, he had just released the second volume, and he has since gone on to publish the third and fourth volumes. His short stories and scripts frequently win awards – and he does all this with a young family and while holding down a fulltime job.

Read more about Shane and listen to the episode. After a successful traditional publishing career, Dianne Blacklock decided that she wanted to go the indie route. Having an established fan-base and solid backlist certainly made it easier for Diane to make the transition and she has now expanded her readership into the US and globally.

“Taking control of myself, having my books under my own name and putting out books when I can or when I want to, that aren't going to necessarily shake the world, but will make a few bob, I'm quite happy with that,” Dianne says.

Read more about Dianne and listen to the episode. Australian author Jodi Gibson did a lot of research before deciding that she wanted to publish her first book independently.

“The more and more I learnt about it, the more I realised that was to be my A Plan,” Jodi told Allison Tait. “Because it really resonated with me, having control and being able to put out my stories and keep working and moving forward with my writing career.”

Jodie self-published her debut novel The Memories We Hide in 2019 and her next novel The Five Year Plan is due out in late 2021.

Read more about Jodi and listen to the episode. Brett Battles is a hugely successful author with more than 30 published novels including the Jonathan Quinn series, the Project Eden series, and the time-bending Rewinder trilogy.

Initially, Brett started out with a traditional contract and his debut The Cleaner and several other novels were published by Bantam Dell, an imprint of Random House. But when Random decided to restructure, Brett’s books got sidelined, so he decided to ditch the big publishers and go out on his own.

“I basically haven't looked back since,” Brett told us. He particularly loves the freedom to write in whatever genre he likes, jumping from sci-fi to crime to thrillers. And as a fast writer, he’s able to put out two or three books a year and build his ‘snowball’.

“My idea was that I'm building this snowball, and the more stuff I can add to the snowball, the bigger the snowball can become,” Brett says. He’s now earning a six-figure income from his writing.

Read more about Brett and listen to the episode. Torre DeRoche’s self-published debut Love with a Chance of Drowning was so popular she ended up scoring a traditional book deal and a film option. For her second book, The Worrier's Guide to the End of the World, she took a hybrid approach, publishing traditionally in the US and self-publishing in the rest of the world.

“So much of my effort goes into the digital platform, I just wanted to make sure that I'm capitalising off the efforts that I'm putting in online,” Torre explains. “So we could sit around waiting for the rest of the countries to sell, but I thought I'd just give this a try. A hybrid option. It's something that I've been curious about.”

She admits though that it can be challenging.

“I quite like indie publishing, you're not in the dark at all. If you want to make this thing happen, you can make that thing happen. You can make those phone calls and send those emails and you can really just drive it fiercely forward,” Torre told us. “But god, it is a lot of work. It's a drag. And it's like it never ends. It's so easy to get into this pattern of obsession. Of just lying there in bed at 2am thinking, oh I should email this person because maybe they'll put me in touch with that person and then I can sell three more copies of my book.”

Read more about Torre and listen to the episode.

Coming from a start-up entrepreneur background definitely shaped the way A. G. Riddle published his first novel. He knew nothing whatsoever about the publishing industry but was comfortable with releasing online directly to consumers.

“In the internet world, you create the best product you can, you put it out there, and you listen to the market and you figure it out,” A. G. says. “That is what makes the difference between success and failure, and so that's really what I was determined to do.”

He self-published his debut sci-fi novel The Atlantis Gene, the first in a trilogy which went on to sell more than 3 million copies worldwide and which is set to be made into a film. He also self-published his standalone novel The Departure, which was then picked up and published by Harper Collins. His later novels have been alternately self-published or traditionally published.

Read more about A.G. and listen to the episode. Joanna Penn is one of the most highly-regarded people in the self-publishing world. She has not only found success in indie publishing, but also shares incredible tips and resources with other aspiring authors through her blog and series of books for authors.

Joanna discovered a knack for writing and self-publishing nonfiction books, which generated her a decent income. She then turned to fiction and has since published the popular ARKANE action series, Brooke and Daniel thriller series, and Mapwalker fantasy trilogy.

“I’m somebody who doesn’t ask for permission. I just get on with stuff and I like the positive energy of creation and putting it out there,” Joanna says.

Read more about Joanna and listen to the episode. Bestselling author Hugh Howey is arguably the biggest name in self-publishing. His novelette Wool became a Kindle sensation, and subsequent additions led to the Silo series, which have frequently dominated the Amazon top ten list. Although he has now had several books physically published by international publishing houses, he has always been careful to retain his digital rights and maintain his indie spirit.

“What’s great is now it’s much easier to get your voice out there. There’s so many niches that publishing ignored, like genres that were too many mixes of several genres, so we didn’t know how to categorize them. Those books, agents and editors would love these books, but they didn’t know how to publish them,” Hugh says. “Now those books are being published and finding an audience. Now publishers are seeing because of this that readers are more adventurous and they want to read things that don’t fit neatly into our established genres. I think the future is bright for writers and readers. We’re going to have a glut of things that are published and I think that’s something to celebrate.”

Read more about Hugh and listen to the episode.