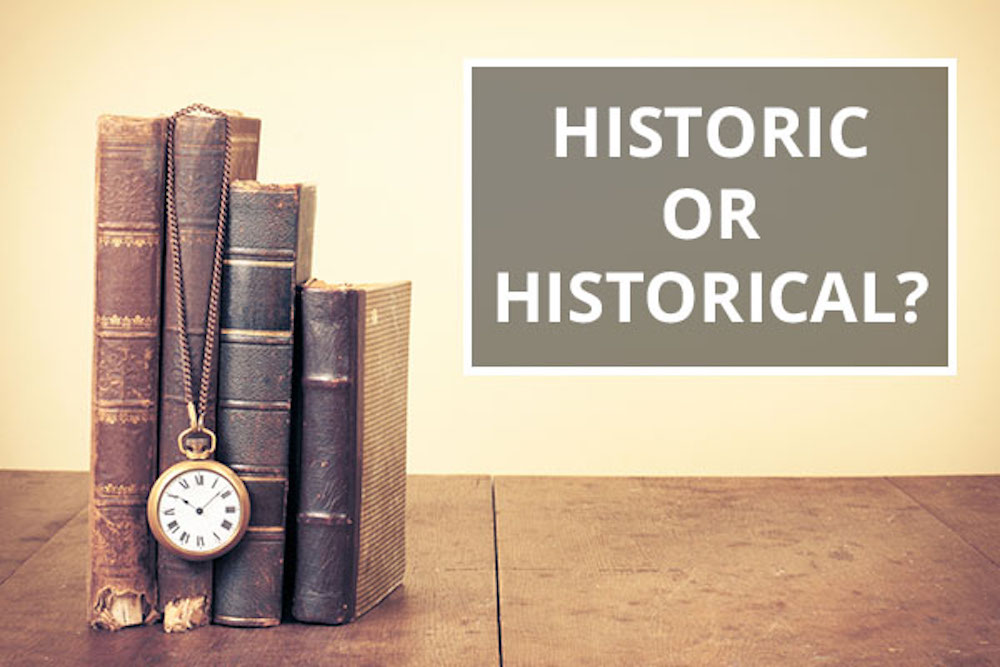 Each week here at the Australian Writers’ Centre, we dissect and discuss, contort and retort, ask and gasp at the English language and all its rules, regulations and ridiculousness. It’s a celebration of language, masquerading as a passive-aggressive whinge about words and weirdness. This week, it's a historic event…

Q: Hey AWC, I was watching a sports game the other day. One commentator announced that the upset result made it “a historical occasion” for the sport. The other commentator agreed, but he called it “historic” instead. Who is correct?

A: A great question. And you’ll be pleased to know that despite many people often getting it wrong, there really is a clear correct answer.

A: Probably three hours late and with no gift, but yes, they’ve made it.

A: The second commentator who called it “historic” is correct.

A: Simple definitions. “Historical” is an adjective that refers to events that have happened in the past – in history. Meanwhile, “historic” is for describing events that will end up being famous in history.

Q: So one is only for the past, and the other for now?

A: Not quite. Both can refer to events in the past, but with that subtle difference we described. For example, the battles of World War II are historical events. However when the war ended, there were historic scenes in the streets and parades. See the difference?

Q: Yes I think so. Historical is all about history and the past. While historic is more about hysteria.

A: Haha, that’s one way to think about it! A historic event is simply an important one. Other synonyms would include famous, significant, consequential, memorable, momentous or noteworthy.

A: Aha, yes this issue seems to come up with this word a lot. But again, there is a simple rule.

Q: Oh wow, English is quite the party animal today.

Q: So “h” is a consonant – so why the constant confusion?

A: The clue was the word sound – we even put it in italics.

A: You see, words like “hour” or “honest” have a silent H at the beginning, so in those cases it creates a vowel sound to give us “an hour” or “an honest opinion”.

Q: Someone really needs to give English their honest opinion…

A: The reason why people might SAY “an historic” is because they are incorrectly pronouncing it as “istoric” without the H sound. However in writing, no one can hear you scream, so you should always write “a historic”.

Q: What about dialogue?

A: Yeah, that could be an exception if your character has an accent or speech quirk, but even then it’s probably best not to pick that fight.

Q: Well, this chat will surely go down in history. A historic day for language lovers everywhere!

PrevPreviousFurious Fiction September 2019 winner and shortlist
Next‘So you want to be a writer’ celebrates 300 eps – and YOU can WIN!Next