Sometimes crime DOES pay: we chat with Matt McGuire 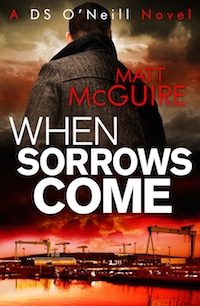 Matt currently resides in Sydney, so we thought we'd chat to him as a he launches his book and we launch our new Crime and Thriller Writing course.

Hey Matt, tell us a bit more about When Sorrows Come.

When Sorrows Come is a brutal expose of the criminal underworld in the new Northern Ireland, a place where the dead are not all created equal.

That's true, although sometimes dead people come back as zombies. (Clearly not in this book though.) So can you tell us what a typical day of writing looks like for you? Do you have a routine?

I write best in the mornings, so where possible I try to crack out 1500 words a day. Afternoons are for redrafting, reading, other things. I am a lecturer in English at the University of Western Sydney so quite often I will be teaching, preparing lectures, marking essays etc. Mornings work best for me, though, so I try to protect this time as much as possible.

Busy man. So how did the idea for this book form? Was there a “lightbulb moment” or did the idea act more like a dimmer switch and evolve over time? 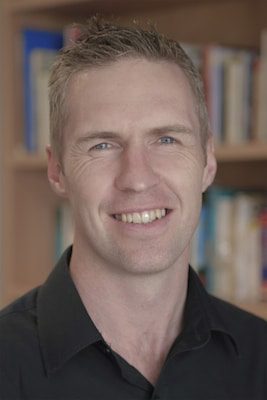 Evolved over time. It was actually written twice. The first time it was too literary, and trying to be something it was not. I took 80,000 words, culled them back down to 5,000 and started over. Not a fun thing to do, I can assure you, but well worth it in the end.

80,000 down to 5,000 – whoa, that is quite the rewrite. Must be like building a house and tearing it all down except the bathtub. But, yes, worth it in the end! Now, the Crime and Thriller genre thrives on suspense. What do you think is the key to maintaining suspense in a book like this?

Work out the plot beforehand. Have a few likely suspects. Keep the chapters short. Crime novels are also about multiple revelations, and not just “whodunit”. And so that readers care as much about what happens to various characters and not just which one of them is the killer.

Great advice. So for you, when did you know that you wanted to be a writer and what steps did you take to get there?

I'm a lecturer in English Literature and had always, in the back of my mind, fancied giving fiction a go. I was interested in the crime novel in particular and wanted to use it as a vehicle for examining not just an individual crime, but also the broader social contexts in which that crime took place.

The DS O'Neill series is also about getting my academic research, which looks at the role of literature in the aftermath of political conflict, to a wider audience. So, I took to writing a form of popular fiction and smuggled in lots of ideas about politics, power, and the legacy of violent struggle on society.

Sneaky stuff – a bit of a Trojan horse of a book, masquerading as one of your lectures. Nice! So what's next for you? What are you working on?

Well that makes sense – we kind of walked right into that one. And finally, what's your advice for aspiring writers who hope to be a full-time writer like yourself one day?

Have another job that pays the bills! But it must also allow you some time to write. Hardly any writers earn enough from their work to support themselves, never mind a family.

Also, write the kind of books you would want to read. You have to convince yourself in the first instance. Have a schedule of some variety and stick to it. Daily word limits work for me. Even if the writing isn't amazing, you'll still feel good about having produced something. And it is always easier to get going again the next day.

Excellent, thank you. So it turns out that crime can pay, but make sure you’ve got something else paying you until it does!

Matt's book, When Sorrows Come, is available for purchase right now. And if you'd like to write your own novel in this genre, book your spot on our newly launched Crime and Thriller Writing weekend course, happening in October.