The rise and rise of branded journalism 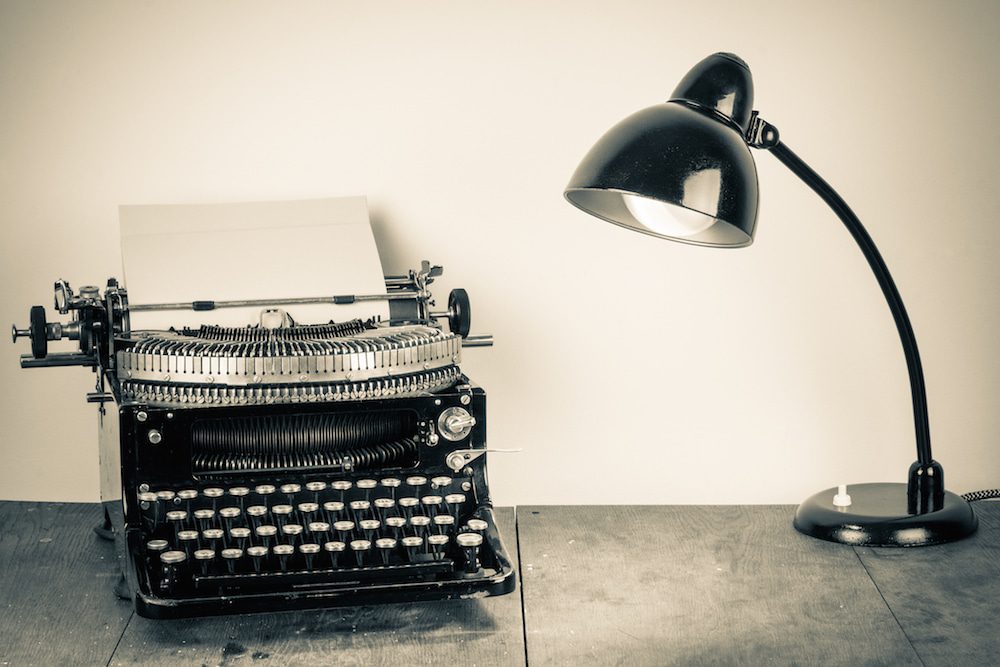 While the media landscape is peppered with announcements about print magazine closures, many writers are mourning the loss of opportunities in this space. At the same time, however, we're also observing a rise in branded journalism opportunities with an increasing number of corporations adding “publishing” to their core activities.

So what is branded journalism anyway?
Branded journalism is an emerging medium of communication used by businesses, large and small, to tell stories about their business, their customers and industry. However, unlike old-school marketing messages, these stories rely heavily on traditional principles of journalism. They are short on “sales pitch” and heavy on storytelling. It would not be surprising to find some of these stories in regular mainstream newspapers or magazines.

This trend reflects the emphasis on “content marketing” that is sweeping the PR and marketing world, resulting in businesses publishing content, ranging from simple blog posts, to full-scale magazines, web videos and so on.

Leading Australian PR commentator Trevor Young says: “As the content marketing or branded journalism trend starts to seriously take hold in the US, we’re seeing more and more traditional journalists taking advantage of the demand for professional storytelling in the corporate sector. We tend to follow America’s lead when it comes to marketing trends around new media and so I’m very confident new opportunities will open up for journalists and freelance writers in Australia.”

Opportunities for journalists and writers
This is good news for journalists and writers who may be looking to expand beyond the news room or traditional editorial team. US-based David Meerman Scott, author of The New Rules of Marketing & PR, told The Globe and Mail earlier this year: “Brand journalism is winning over direct marketing and PR attention-getting techniques. I’m convinced that those with the traditional skills of marketing, public relations, and copywriting are not the right people to create brand journalism content. Instead you need the skills of a journalist.”

For the doubters out there, look around you. Telstra produces Smarter Business Ideas, a glossy magazine catering to small business owners. The editorial mix is just like you would find in a traditional small business publication. The articles are written by established freelance journalists and the pay rate equals, if not exceeds, what journalists would earn from a traditional news publisher. 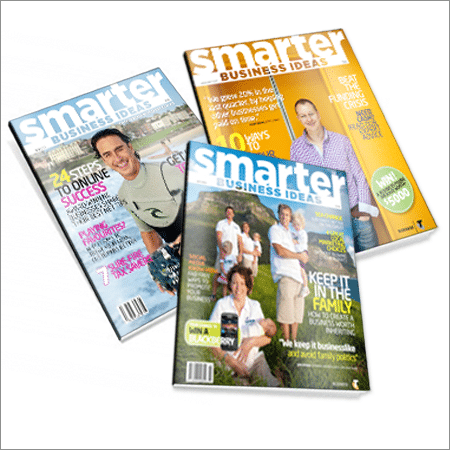 That’s just one example. Trevor Young also points to these other examples.

Australian Football League – “The AFL is a large organisation that has also embraced the fact it can now create its own content for the sport’s growing audience, and reportedly employs more journalists now than the sporting sections of traditional newspapers. If this is indeed the case, it’s a massive shift towards branded journalism.” 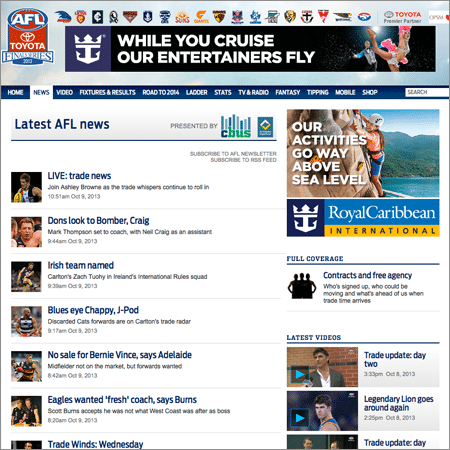 Lorna Jane – “This medium-sized women’s activewear brand has turned publisher with its Move Nourish Believe website that features articles of interest and relevance to the brand’s target audience, such as healthy eating, skincare, lifestyle and motivation.” 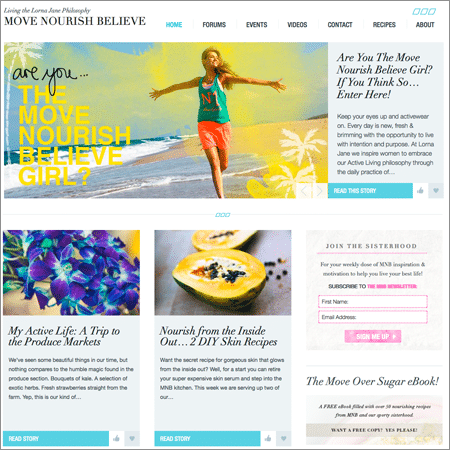 Even some startups understand the power of publication. Why? Because when you attract people to your content, you are building an invaluable audience. In the past, traditional publishers would “monetise” this audience by selling advertising to brands that want to reach that audience. Now brands are nurturing their own audiences and will ultimately “monetise” when a proportion of that audience eventually become customers.

Money Circle is a startup that’s doing just that. Described as an online community of women “sharing wisdom about money”, Craig Davis, one of the directors of Money Circle says: “It’s a place for personal stories and conversations that help our users make better financial decisions. Version 1.0 went ‘live’ just three weeks ago and there’s already a lot of interest in what we’re doing.” 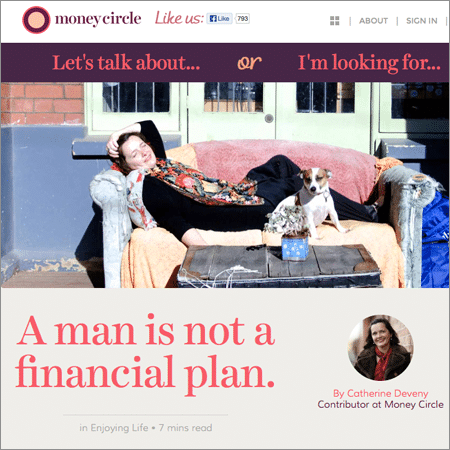 This is an example of a brand understanding that its messages needs to resonate with the audience, thus they have engaged with experienced writers. Craig says: “These are women with strong points of view, an authentic voice and sizeable social media followings. They’re very comfortable writing in the first person which is important to us because money is such a personal and emotionally charged subject. Most financial institutions have made money dull and difficult to deal with … we’re trying to open it up and make it enjoyable.”

Is branded journalism set to boom?
Branded journalism is emerging as the legitimate version of the “content farms” that began proliferating over the past few years. As more people came online, digital marketers began to see the power of search engine optimisation and, in some cases, they created content merely to attract clicks via Google search. The result was a glut of poorly written (sometimes, unintelligible) articles and posts emanating from small and large business alike.

However, we’re now seeing a rationalisation in the landscape. Consumers are becoming savvier and will increasingly reject poor content and gravitate to quality.

In turn, brands and businesses have realised they need to pay for that level of quality. Trevor Young says: “According to a research study (by the Content Marketing Institute and the Association of Data-Driven Marketing and Advertising), spending on content marketing in Australia is set to increase by 61 per cent, with 12 per cent of respondents saying they will be ‘significantly increasing’ their budget this year.”

Trevor believes that one of the factors driving this growth is that people’s behaviour has changed. “We’re now more than happy to consume news and information from sources we trust other than traditional media – and we’re doing this from multiple devices – computers, tablets and smartphones.”

This means that brands will have to be careful in how they source content. Recently, some brands have created sites that rely on user-generated content to populate the site. These sites have called for articles, blogs and the like from members of their community. While this strategy is valid, in some cases it results in a site that lacks cohesion. These sites let quality content sit next to the dross, and readers will eventually get sick of wading through the dross in order to get to the good stuff.

Just as an the editor of a magazine makes editorial decisions on what will appeal to the readership of the publication, businesses that embrace a robust editorial policy will succeed in engaging with their audience far more than those who just let anyone publish on their site in the hopes of gaining more content.

Working in the branded journalism space will not appeal to everyone. However, as the media landscape evolves, it is certainly one of the new outlets now available to writers and journalists. 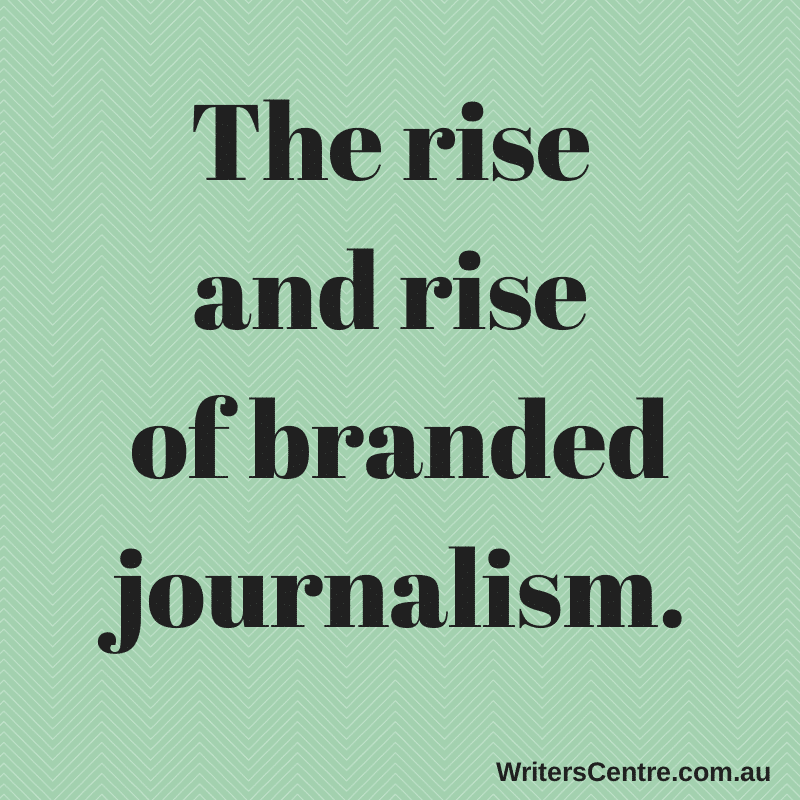 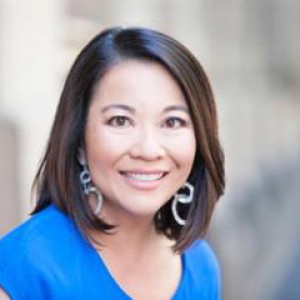