Writing about being gay, Jewish and Melburnian. This debut novelist reveals all. Eli Glasman is an author based in Melbourne, Australia. His first book The Boy's Own Manual to Being a Proper Jew explores the complications of being a homosexual boy in the Melbourne orthodox Jewish community.

We caught up with Eli to discuss his writing process and the blurred lines between real life and fiction.

When did you first discover your love of writing?

I became interested [in writing] when I was a kid. I think I was about eight. I had encouraging parents and teachers who fostered my interests and I kept up the writing throughout my teens. I've always taken it seriously as a craft, but I've only started thinking of it as a ‘career' since I was 24, so three years ago now.

Is writing your full-time job? If not, how do you juggle your other commitments?

No, it's not. I work nine to five in a bank. I've had a number of jobs of varying hours, and periods when I've not been working. I write when I can. So last year, when I was writing my novel, I only worked mornings and I wrote in the afternoons. Now I write in the evenings after work and on weekends.

A few years ago, when I was writing a short story and was working full-time, I woke up before work, at about 5am, and wrote until I had to leave for work. But that was just until I got the short story in. 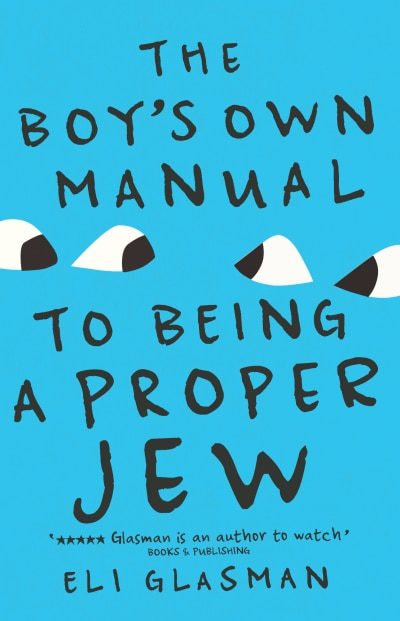 You grew up as an Orthodox Jew – much like your main character, Yossi. How much of your childhood is reflected in Yossi's journey?

Quite a bit. The characters in the novel are all fictional, however details of the orthodox life and the culture and atmosphere of the school are drawn from memory. Although I’m straight and Yossi is, of course, gay, there is still quite a lot he and I have in common. We’re both overly sensitive do-gooders who think too much. I was also very religious when I about Yossi’s age, so a lot of his love of Judaism is based on memory.

Really, the only thing that differs between us is our sexual orientation.

Take us through your writing process of this book.

I think I came up with the actual idea in January 2013. I'd been wanting to set a novel in my school for a while, so I already had a setting. And I intended to write in a voice I've been refining for a number of years. It was just a matter of thinking of the actual story.

From when I thought of the story, it took seven months to write – including research. I can't take too long with a novel, because I lose the initial rush of a new story idea and I write best with that thrill.

Also, when you write a novel, there about 10 choices you don't make for every one that you do. I find if I write a story over a short period of time a lot of my unchosen ideas still linger around and may find their place in ways I wasn't expecting. If I take too long, I may lose them.

I got to know both the editors through my short fiction. The first one simply sent me an email a few years ago asking to see my novel, when she read a short story I wrote in Voiceworks magazine. I didn’t really have a novel at the time, although she saw some samples of my other writing and gave me lots of advice. I was confident that she wouldn’t mind if I sent my book directly to her when I was ready.

And the other was Louise Swinn. I first met Louise in 2011 when I had one of my short stories published in the Sleepers Almanac, an annual literary magazine which her publishing house, Sleepers  Publishing, release. It was a young adult short story with a similar setting to my novel.

Even though they’d accepted a young adult short story, I wasn't sure if Sleepers published young adult novels, as they hadn't up to that point. So I sent a quick enquiry asking if they did. Louise said yes, I sent it to her and she accepted it.

I would have been happy with either editor is the truth, as they are both excellent. It was mostly a matter of timing, in that I sent it to Sleepers first and they said yes.

I was thrilled when I got the call. I was so excited it was crazy. After a few months, though, I got used to the idea. But even now sometimes, when I see an advance copy of my novel on my bookshelf, I still have to remind myself that this is actually happening.

I think everything worked out well. I'm very, very happy with Sleepers. Louise is lovely, as is the other publisher Zoe Dattner. I feel confident that they'll let me explore as a writer and write whatever I want  over the next few decades. To me, that's heaven on earth.

An important thing to note is that I've never been ‘networky'. I hadn't remained in contact with Sleepers between the short story in the almanac and finishing my novel. Any connections I have, I've made through my writing, not through friends, or because I go to parties and sell myself. This is the only way I'd want it because it shows that the writing itself is good enough to attract attention.

Tell us about your writing routine.

I don't have rituals. I'm thinking about my writing all the time and will write, sometimes even on my phone, when something comes. I'm very patient with my writing output and make sure not to force it.

What happens is that I'll need some time between finishing a piece and starting another. When I have an idea, or come across a character I wish to write about it, I'll start thinking about the different combinations of story structure, as well as the odd lines of description, dialogue and character points. When I have enough on paper, I start writing. How much I write and what time in the day varies. I tend to be a little too lost in the story to time myself, or note down word count.

With your debut novel almost on the shelves, what do you plan to do next?

I'm writing another novel. It's as nerve-wracking the second around too, I assure you.

You can find out more about Eli Glasman on his website, or purchase his book The Boy's Own Manual to Being a Proper Jew here.

Stay up to date with posts from the AWC blog. You can sign up to receive our weekly newsletter, follow us on Twitter, or like us on Facebook. Our carrier pigeon service is currently unavailable.
PrevPreviousI sent an unsolicited manuscript – and got published!
NextGetting Published: What are my options?Next