5 key mistakes to avoid when self-editing your manuscript For writers, self-editing is a crucial skill, especially if you’re planning to send your finished manuscript off to a publisher or enter it in a competition. Whether or not you have friends who can help you as beta readers, you need to be able to edit yourself well.

The Australian Writers’ Centre’s Cut, Shape, Polish course will show you how to step back and cast a dispassionate, critical eye over your own work. Self-editing and writing guru Angela Slatter is the co-creator of the course. Here, she shares her five big mistakes to avoid when self-editing your manuscript. 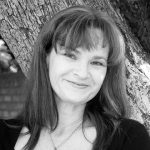 Angela is the award-winning author of the Verity Fassbinder supernatural crime series (Vigil, Corpselight, Restoration) and ten short story collections, including The Bitterwood Bible and Other Recountings and A Feast of Sorrows: Stories. Her gothic fantasy novels, All The Murmuring Bones and Morwood, will be published by Titan in 2021 and 2022 respectively.

“Your manuscript is, to paraphrase Shrek and Donkey, like a parfait: lots of layers,” Angela says. “You’ll edit the character layer, then the setting layer, then the dialogue layer, then… well, you get the picture. The process is kind of archaeological in nature.

“The fact of the matter is that if you want to get to the stage where your work is ready to be viewed by publishers and agents, then you need to make sure you’ve done your part before the manuscript goes anywhere. That means several rounds of self-editing.”

Mistake #1: Thinking ‘The End’ is actually the end

So you’ve finished your manuscript? Fantastic. Put it in the bottom drawer and leave it for a good period of time – at least two months, Angela says.

“The thing to remember is that your first draft isn’t going to be fit for the eyes of either person or beast. Yes, finishing is a big achievement, but it’s not the finished product. After a couple of months – put a date in your diary – then you can have a look at things again, see where you stand. Then begin the self-edit.”

The aim of putting that manuscript away is so that, when you get it out again, you’ve forgotten how brilliant or terrible you thought it was. That time apart is designed to help you look at it with a fresh perspective; not as the author, but as an editor.

“You’re not reading the manuscript as the writer,” Angela says. “The writer is the creator. The manuscript is the baby. Depending on how you’re feeling, it might be the most beautiful and perfect baby in the world…or the ugliest, cryingest changeling child to ever be left in a cradle by the trolls. The truth is likely to be somewhere between these two extremes.This is how the writer brain is going to view the manuscript: at one end of the scale or the other.

“You need to turn that off and turn on your critical reader brain.That means you read your manuscript as if it’s a book you’ve bought. As if it’s someone else’s baby – much easier to either criticise or be kind in that circumstance! – and you can assess what does and does not work in the narrative against your expectations as a reader. A critical reader.”

One of the surest signs of a poor self-edit is inconsistency, Angela says, and getting those details right should be top of your mind as you go through your manuscript.

“This might range from a character’s actions not being consistent with either the motivation you’ve set up for them, or the personality type, to their hair and eye colour changing part-way through the story,” she says. “It might be how they change on the page in the way they speak or ‘think’. It might be the point of view or the tense switching for no good reason.

“It might be that a word you’ve chosen to imbue with a particular meaning: for example, ‘weird’ as ‘magical and dangerous’ is then used more mundanely as meaning ‘a bit off’ – which means the word loses the impact you were trying to give it. It might be that your spelling of the same word is different throughout the manuscript – suddenly appearing with hyphens, then without.

“Blond-haired, green-eyed Antonio should not start the story doing what he does because a man in Reno shot his sister and Antonio’s out for revenge, and then halfway through changes his motivation to wanting to win the Ice Capades championships in Toronto – not to mention his hair colour turns to ginger and his eyes to blue.”

Angela says that as a freelance editor this is something both new and established authors are prone to doing – throwing in as many big, complex words as they can.

“You know the ones I mean: multisyllabic, hard to spell, words that scream ‘Look at me!’,” she says. “Five dollar words are wonderful, they can make an impact in a story, but here’s the thing: if you string together a bunch of them, they stop having an effect. A five dollar word only stands out if it’s in a setting of perfectly functional five cent words.

“I can guarantee that too many five dollar words also make the text dense and difficult to understand – which is a problem when the point of writing is to communicate. They also slow the story down. Not everything has to be a pacy thriller, but the narrative should at least move faster than treacle on a cold day.”

Punctuation and formatting can fall by the wayside in your first draft when you’re writing furiously, but they are vital to give your story meaning, Angela says.

“Don’t expect the editor at a publishing house to fix these things for you – they are not optional, they are not negligible, they are not beneath you,” she says. “By all means, play fast and loose with them when you’re writing if that works for you, but don’t forget to fix them afterwards.

“Frankly, the sooner you make these things a first draft habit, the sooner they’ll become something it’s easier for you to spot problems with during your self-edit.”

Also important to know is that publishing professionals will also expect your manuscript to fit the industry standard for formatting: 12 point Times New Roman font, double spacing, A4 page, 2.54 cm margins, 1.27cm indents at the start of a paragraph.

For more insight on self-editing from Angela as well as a powerful framework to follow, sign up for the Cut, Shape, Polish course today.