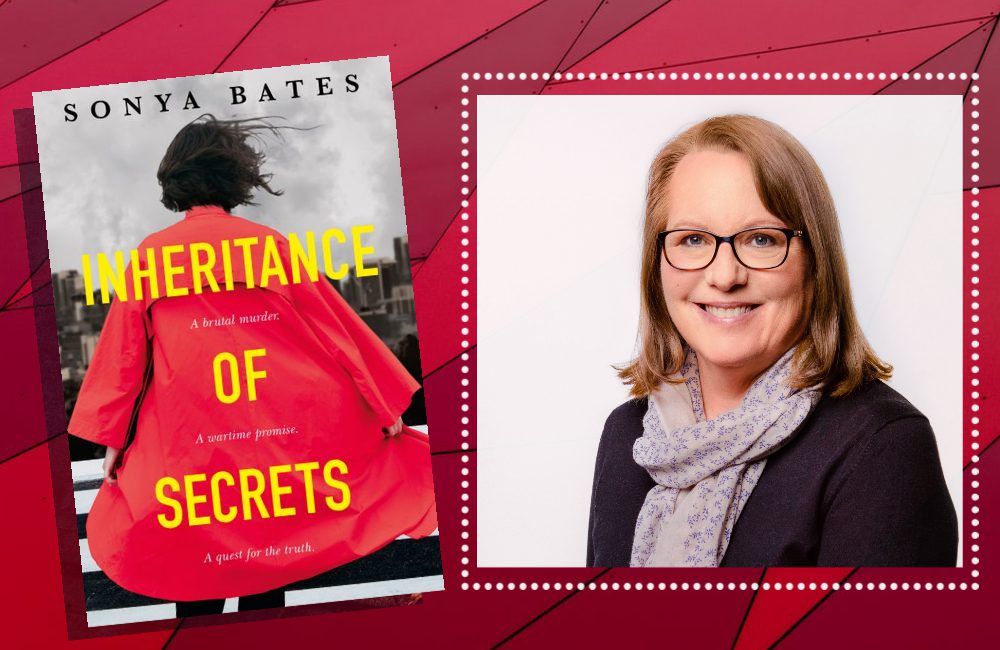 AWC courses completed:
Anatomy of a Crime: How to Write About Murder
Build Your Author Platform

Sonya Bates was a speech pathologist who dabbled in writing on the side. But when she had the idea for her thriller Inheritance of Secrets, she knew it was time to take her writing seriously. She signed up for the Anatomy of a Crime: How to Write About Murder course at the Australian Writers' Centre to get the skills and confidence she needed.

Sonya is now proud to call herself an author with her debut adult novel, Inheritance of Secrets, out now through HarperCollins.

Sonya had completed a first draft of Inheritance of Secrets, but it was a drastic departure from what she had written before. Previously, she had focused on writing for kids, so she took the Anatomy of a Crime: How to Write About Murder course to delve into the thriller genre.

“It was my first adult novel, my first historical fiction and my first thriller – so I was way out of my comfort zone,” Sonya says. “I’d done extensive research, of course, but my confidence was pretty low, and this seemed like the perfect course to do before heading into the edits.”

Sonya learned a great deal in each module about all the little details that go into making a crime scene and police procedures more realistic and compelling. But the highlight for Sonya was hearing directly from presenter Candice Fox herself and her experiences.

“Her real life examples of what she did to research her writing were fascinating,” Sonya says. “I admire her drive to put herself out there and experience as much as possible for the benefit of her writing. I’m not brave enough to do half of what she’s done (meeting with a serial killer?!!), but it does motivate me to get out of my chair and do more life experience research.” 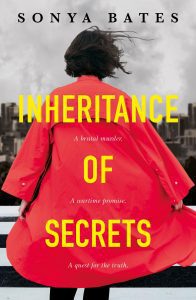 The path to publication

Finding that she couldn't work on an adult novel in snatches of time, Sonya took time off work and finished the first draft of her thriller in ten months. It would be another two years of editing and revising before she felt it was ready enough to pitch. She queried a few agents and attended a pitch conference, and although she didn't get any offers, her confidence was growing with every interaction.

Eventually, Sonya entered the inaugural Banjo Prize for an unpublished commercial manuscript and she made the shortlist. Despite not winning, her story made a lasting impression and she was offered a contact with HarperCollins.

“It felt rather unreal, talking on the phone with Kathy Hassett, trying to sound professional when my heart was pounding and I couldn’t keep the grin off my face,” Sony says. “But it wasn’t a dream. It was real, and now I have the book in my hands, and it’s on the shelves of bookstores and I couldn’t be happier with the result.”

Unravelling the mysteries of social media

Like many authors, Sonya found the idea of social media and self-promotion daunting, but knew it was a vital aspect of getting her book and her name out there. She signed up for the Build Your Author Platform course, and right from the beginning her anxieties were dispelled.

“In the first module, one thing really stood out to me: that the purpose of an author platform was to build a community of like-minded people who would celebrate a book when it was out – it was about networking and making connections with people, not selling a book,” Sonya says. “That was a really important change of mindset for me. And a relief, really. I’m not a bookseller, and I don’t want to be. But I can make connections with people, especially people who enjoy the things I do – readers and writers.”

The on-demand nature of the course suited Sonya's busy schedule perfectly. “I could work on it in my own time, revisit the modules to refresh my memory or clarify a point, or consult it over and over again.”

The lessons she learned and the networks she established have helped Sonya greatly during the launch of her novel.

“The lead up to release is a busy and anxious time as it is, and I was so glad I had already done most of the hard work regarding my online presence,” Sonya says. “And the writing and blogging community has been so supportive. Having that presence there already, having already made connections with people, made all the difference.”

Proud to be a writer

Sonya has been busy promoting her book since it launched, and has utilised the techniques she learned in Build Your Author Platform, doing podcasts and guest blog posts to help spread the word. And while she hasn't quite given up her day job, she can now confess that she is indeed a writer.

“I’m still a speech pathologist, but I’m a writer too. Yes, I was always a writer, but now I own up to it.”