Q&A: Why is a boxing ring square? 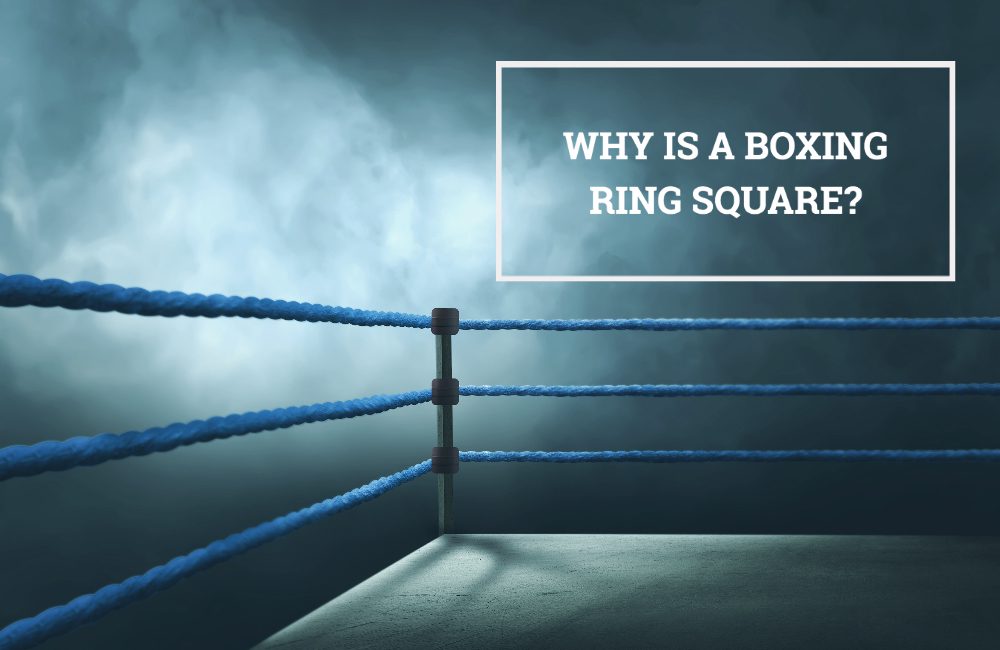 Each week here at the Australian Writers’ Centre, we dissect and discuss, contort and retort, ask and gasp at the English language and all its rules, regulations and ridiculousness. It’s a celebration of language, masquerading as a passive-aggressive whinge about words and weirdness. This week, we're thinking outside the box…

Q: Hi AWC, why is a boxing ring square in shape?

A: That’s a fair question.

Q: I thought so. After all, a baseball diamond is the shape of a diamond. And a cricket oval is, well, an oval.

A: Yeah, you’re right, they are. To understand this one, we need to go back to the origins of boxing.

Q: Um, haven’t people been beating each other senseless since the dawn of time?

A: Well yes. But we’re talking about the more rules-based sport of boxing, that didn’t really turn up until the 1700s. And those early fights were literally a case of marking out a ring on the ground, within which the opponents would fight.

A: Yes indeed. In those early days, if you wanted to fight, you’d quite literally “throw your hat into the ring” to indicate your intentions. These days, that saying is related to any type of contest, often political. But it originated in boxing.

Q: So when did it become a square?

A: Well, those early rules originated in England in 1743 and were known as the Jack Broughton Rules. But they still used a circle to separate the fighters from the crowd around them. It wasn’t until the introduction of the London Prize Ring Rules in 1838, that the ring became a square.

Q: But still called a ring?

A: Well, yes. They kept a small circle in the middle of the squared off area. But the outside edges were made square, largely for practical purposes. They wanted to string up ropes to separate the fighters from the crowd and it was a lot easier to do this in straight lines.

Q: It would also be very tricky for a boxer to retreat to “his corner” in a circle.

A: Um, yes, good point. So, this 24-foot square fighting surface became known as the “squared circle” in reference to its origins but also clearly pointing out the geometry of it all.

Q: So were ringside seats EVER beside an actual ring?

A: Not in boxing – that term didn’t arrive until 1855, by which time the sport was on its way to embracing the “Queensberry Rules” – named after the 9th Marquess of Queensberry, John Douglas, who liked boxing almost as much as he hated Oscar Wilde.

Q: Right, so these Queensberry rules paved the way for today’s boxing rules?

A: They sure did. Things like boxing with gloves were made compulsory, along with other rules that outlawed many of boxing’s street-fighting moves, such as punching “below the belt” – a phrase that is still in use today, along with “low blow”. You could also “throw in the towel” to end a fight.

Q: I’ve just realised that a “box” is often a square shape.

A: That has nothing to do with boxing rings though.

Q: But why is it even called “boxing” in the first place?

A: It actually comes from all the fights that used to take place between family members on the day after Christmas, Boxing Day.

A: No, we made that up. The noun “box” meaning “a blow” dates way back to the early 14th century, likely from Dutch “boke” or Danish “bask”. The verb meaning “to beat, thrash, strike with the fist or hand” came almost a century later, and the “fighting with fists” definition not until the 1560s. As we discussed earlier however, the sport and therefore the term “boxing” didn’t arrive until 1711. Incidentally, “kickboxing” didn’t arrive until the 1960s.

Q: So why IS it called Boxing Day?

A: It refers to the ‘Christmas box’ which was a charity collection box that churches would put out at Christmas time and distribute gifts to community members on the first weekday after Christmas. The name dates back to 1809.

Q: Thanks for helping me fit this square peg in the round hole.