Thanks to the Australian Writers' Centre’s Write Your Novel course, and the subsequent publishing of her first novel, The Second Cure (Penguin Random House), Margaret Morgan now proudly calls herself an author.

Margaret was studying biology at Macquarie University and was working as a research assistant and sessional ecology tutor, and it was while she was on a field trip that the initial idea for The Second Cure struck her. So she began writing.

“I had started writing the first draft of the novel and a friend told me about Australian Writers' Centre’s Write Your Novel course and introduced me to Pamela Freeman. It seemed to be an excellent way for me to get organised and motivated to write it.

“The best aspect of the course was learning how to critique and prepare a structural edit. By applying those skills to each other’s manuscripts, we learned how to use them to improve our own work.

“Also, meeting up with like-minded aspiring novelists was invaluable. I still meet regularly with the writing group we formed after the course ended.”

Margaret had been earning income from creative writing for screen, short stories and librettos for over three decades, but had never written a novel.

“It is now delightful to be earning from a novel, which is really different to any other writing I had done.”

Margaret was prompted to take the course specifically because she wanted the kind of encouragement and support that a six-month ongoing course would give her.

“It gave me the confidence to imagine that my novel might one day be published, and also opened up connections with the industry.

“I am now writing my second novel and am in talks with producers about adapting my first as a miniseries.” 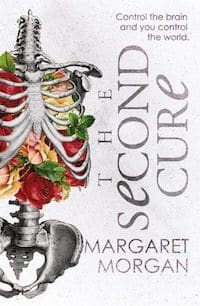 A dream run to being published
As far as publishing is concerned, Margaret says she had a dream run.

“Lex Hirst of Penguin Random House was the first publisher to read the manuscript. I pitched to her after a writing event she’d appeared at. She asked to see the manuscript, and three days later emailed me to say she was 100 pages in and wanted to meet for coffee.

“Acquisitions said yes a few weeks later. It felt like a dream. PRH has been fantastic to work with, from the editing process through to marketing and publicity.”

The publicity machine
“Since the book came out I’ve had quite a bit of attention which is very exciting. I’ve had a very positive review in The Australian; I was interviewed on Radio National’s program The Hub on Books; I have a tour coming up around regional NSW and Victoria, plus appearing at a number of festivals and more radio interviews all over Australia.

“I feel like I have walked through the looking glass. It’s such a different process from sitting quietly writing my novel to suddenly being out there. It's really quite shocking, but awfully good fun.”

And Margaret’s advice to anyone considering taking a course at the Australian Writers' Centre?
“You should really think about it very seriously because the courses are professional and inspiring, and teach real writing skills that will help you get your writing to a publishable standard, as well as giving practical advice about the industry. Heartily recommended!”

Thank you Margaret and congratulations. We are looking forward to your second book and seeing The Second Cure on television!

PrevPreviousCOMP CLOSED: Do YOU deserve to WIN ‘Into the Night’ from Sarah Bailey?
NextTwo 2019 Australian Book Review competitions are now open!Next