MURDER EP 8 Michael Robotham is author of bestselling psychological thrillers including “Life or Death”, “The Suspect” and “Say You’re Sorry” 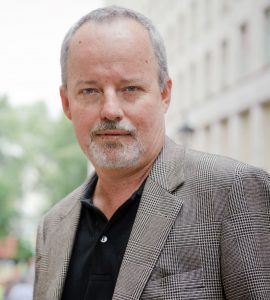 Michael Robotham is the author of international bestselling psychological thrillers that have been translated into 22 languages and published in over 50 countries. He is famous for Life or Death, Shatter, The Suspect and Say You’re Sorry.

Michael Robotham doesn’t plot his stories in advance, preferring to enjoy the journey of writing. “I liken this to writing without any form of safety net. It’s like being a trapeze artist, at times you swing through the air and you let go and you tumble and you hope there’s something to grab onto, swinging towards you. And quite often I crash and burn. I throw away large amounts of material because I’ve just written myself off a cliff, and there’s no way back. So, I’ve been known to throw 40,000 words away because … I’ve just realised how the story can work.”

“It’s exciting and it’s organic to write that way, and I come in on some days and say to my wife, ‘You would not believe what has happened today at…’ because a twist will have surprised me, and I think that’s a lot more exciting than knowing on Tuesday week at four o’clock I’m going to be writing this particular scene, which I’ve got it all plotted out ahead of me. I think I’d find that very, very hard to get motivated, if I wrote that way.” 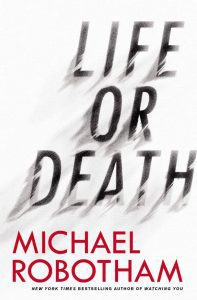 An accidental writer
He claims that he’s an accidental crime writer. “In that first novel, I didn’t set out to write a crime novel. I was very fortunate to write 117 pages and have it become the subject of a bidding war at the London Book Fair, and nobody asked me how it ended, and I certainly didn’t know how it ended because, as I mentioned, I don’t plot in advance. And, I had no real idea that it was a crime novel. I knew it was sort of a bit like North by Northwest, that famous Hitchcock film of case of mistaken identity, it was going to be that sort of story.”

Stay up to date with posts from the AWC blog. You can sign up to receive our weekly newsletter, follow us on Twitter, or like us on Facebook. Our carrier pigeon service is currently unavailable.
PrevPreviousMURDER EP 7 Tom Rob Smith’s novel, “Child 44” was listed in the Man Booker Prize, and produced into a film starring Tom Hardy.
NextMURDER EP 9 Lisa Lutz is an American author known for her successful Spellman series, six novels about a family of private detectives. She is also author of the thriller “The Passenger”Next