Stef Gemmill used the few minutes she had each morning before her family woke up to work on her creative writing. With a background in music journalism, Stef was no slouch at writing, but knew that she needed guidance to really hone her picture book manuscripts. After signing up for the Australian Writers’ Centre’s Writing Picture Books course, Stef got the valuable feedback she was looking for. Her first picture book, A Home for Luna, has now been published by New Frontier Publishing and it won the 2020 International Rubery Book Award (children's category).

Despite a love of writing, Stef started her working career in a “sensible” job. She soon traded that in for music journalism, attending rock gigs at night and writing for magazines during the day. But when she started her family, Stef discovered a new love for writing for kids.

“It’s one thing to have a few fun tales in your back pocket for bored children, but to turn that into a polished manuscript requires a deep understanding of what is publishable work,” Stef says. “I needed guidance from the experts and looked at what courses the Australian Writers’ Centre had on offer. The Writing Picture Books course sang to me as I read through the course work online. I signed up immediately.”

Stef says that she felt a lightbulb go off inside her as she learned more about the elements of what makes a successful picture book. She was able to complete her first picture book manuscript during the course, and the second one she wrote, Toy Mountain, has been acquired by EK Books for publication in 2021. 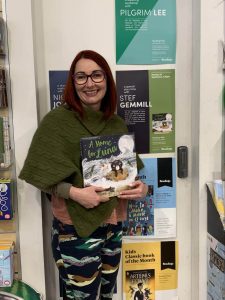 Her debut picture book, A Home for Luna, was released in 2019, and is about a shipwrecked cat who finds friends in an unexpected place. It also touches on themes of homelessness, something Stef herself experienced as a child in foster care. Although she had hoped for publishing success with her manuscript, she didn’t think it would happen so quickly.

“I received my first offer of a book contract 20 days after sending my manuscript out to half a dozen publishers,” Stef recalls. “I felt like I was floating on air when I received an email from the Publishing Editor of New Frontier Publishing. Her team loved the gentle strength of my story and I soon signed a publishing contract. A few months later. I sent in another polished story directly to the editor and I ended up with not one, but TWO book contracts.”

Through the AWC course, Stef also made close writing friends who have continued to help shape her manuscripts and hone her craft.

“My first children’s writer pals were made through the AWC,” Stef says. “I reached out to the more active forum members and we formed an online writing critique group. The group changed over time, but there’s still AWC alumni in there. We are a tight bunch at various stages of our writing careers committed to providing respectful but honest feedback on our stories. I don’t think I would have stuck with the multiple redrafts of my successful manuscripts without them.”

On with the show

With one picture book out and two more on the way, Stef is still managing to work full time as well as raise her family.

“I wish I could sit around in my pyjamas all day sipping peppermint tea while creating stories that take children to magical worlds. However, that is not the reality of writing time!” she says. 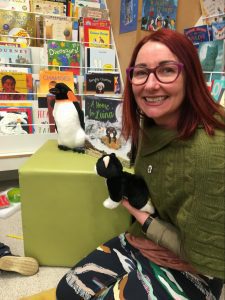 Like a lot of writers, Stef has to squeeze in time around the rest of her life to work on her manuscripts. And she is certainly squeezing a lot in. She is currently reviewing the artwork and text for her next picture book, working on a new story, and editing the first draft of a middle grade book. She also tries to stay active on social media and cultivate networks with other writers and illustrators.

“It may sound like it was an easy path for me. However, I spent months on those books by getting up early each day in the morning darkness and polishing them before the house woke. I also developed my writing craft further through the AWC’s Fiction Essentials: Characters course.”

We congratulate Stef on her incredible successes so far and we can’t wait to read what she publishes next.

Have you got a great idea for a picture book but don’t know what steps to take next? Sign up for our Writing Picture Books course. Available online, or in person in Sydney, Melbourne, Brisbane and Perth.