Q&A: Exercising your but

Each week, we take a look at a common confusions and ambiguities in the English language (that gives us about a century’s worth of material!) – making things easier through the power of friendly conversation. This week, we’re obsessed with buts. Q: Hi Australian Writers’ Centre, I was wondering why Build your profile and promote your book

How to find time to write: advice from the experts

As a writer (or wannabe writer) you’re often juggling many other priorities and it’s easy for writing to become the last item on your to-do list. So how do you find the time to write?

The short answer is: you make time. There is no way to wave a magic wand and hope that more than 24 hours will somehow appear in your day. If you want time to write, you are the only person who can make this happen.

Too many writers think: “I’ll write that when I have more time” or “I’ll wait till I retire or the kids grow up”. The reality is that’s an excuse. If you really want to succeed as a writer then you need to … write! And the sooner you get started, the sooner you’ll succeed. Because guess what? It takes time to… COMP CLOSED: Win a copy of My Salinger Year by Joanna Rakoff

My Salinger Year is the bestselling memoir by Joanna Rakoff. It’s an account of the year she spent working in the hallowed New York literary agency which represented JD Salinger, among a number of other literary greats. Her first job about of university, Joanna navigates the frenetic world of New York while trying to come to terms with the archaic practices of the agency.

Despite the fact that it’s already 1996 when this occurs, the agency does not own a computer and Joanna is expected to respond to Salinger’s copious amount of fan mail by typing every response individually on an electric typewriter.

This beautifully written memoir is not just a behind the scenes look at the New York publishing scene, it’s also Joanna’s journey into adulthood, including her relationships, breakups and realisations about what she really wants from life. In Episode 23 of So you want to be a writer, book cover cliches – do they sell? Why writers are opening up about finances, 37 books every creative person should read, how to become a prolific writer while holding down a day job, Writer in Residence Joanna Rakoff (and a Writing any kind of fiction, purely by definition requires an element of suspended disbelief. After all, it’s a ‘made up’ story. And Kate Forsyth knows a thing or two about the subject, having written many fantasy novels over the years, often with a fairy tale angle or inspiration.

When we had a chat with Kate recently – in episode 21 of our top-rating podcast So you want to be a writer – we asked her about her fantasy novels, and what the most valuable lessons were that she’d learned creating her own worlds? Ask Valerie: Letters to the editor…

I’m starting out in freelance writing for magazines and newspapers, and it’s very frustrating to spend so long working on a pitch only to have a negative response from the editor or, worse still, nothing at all! This is particularly frustrating if I’ve spent the time researching the publication, finding a relevant hook, gathering information and stats, and putting effort into collating the information into a succinct pitch.

Of course, I know editors won’t commission every pitch they receive but is this something that we just need to get used to? Or is it simply a matter of honing our pitching skills which can only come with time? Q&A: There’s no need to obsess about it…

Each week, we take a look at a common confusions and ambiguities in the English language (that gives us about a century’s worth of material!) – making things easier through the power of friendly conversation. This week, we share an obsession of ours… Q: Hi Australian Writers’ Centre, I’m obsessed Getting Published: What are my options?

Blaise van Hecke is the publisher and co-owner of Busybird Publishing. She is also the author of The Book Book: 12 Steps to Successful Publishing and a contributing author to Self-Made: Real Australian Business Stories. For more information visit www.busybird.com.au or contact [email protected]

It wasn’t long ago that if you wanted to be published, there was only one route: submitting to what’s known as a commercial (aka ‘traditional’) publisher. Of course, this was during an age where you banged out your work on a typewriter and had to mail out submissions. After all, this was before computers became as common to households as toasters.

Then vanity publishing (now known as self-publishing) came into vogue, but it was an expensive endeavour and lacked credibility. If the book couldn’t make it with a real publisher, then it couldn’t be any good, could it?

Build your profile and promote your book

Making a name for yourself: author trade marks

This is a guest post by Barry Newman of Armour IP – Patent & Trade Mark Attorneys. Barry wrote to us in response to a discussion about trade marks recently on our podcast.

Just a quick glance at the relative size of a bestselling author’s name compared with the title on a book cover will tell you that our names can be valuable commodities. But can an author register a trade mark for themselves? What about their book title? And what protection do they actually provide?

When it comes to creative endeavours such as writing, the rules surrounding Intellectual Property (IP) rights aren’t always black and white. To provide a little more clarity, we threw some quick questions across to Barry Newman, principal at Armour IP – patent and trade mark attorneys. They assist their clients in dealings with IP Australia and other government and international bodies. In Episode 22 of So you want to be a writer, what not to say when you’re a writer, stop using character names as a crutch, the future of libraries, the book Port Out, Starboard Home by Michael Quinion, why we write, Writer in Residence and founder of Newsmodo Rakhal Ebeli, For the Grammar Police, Pedants and Purists

This video by by “Weird Al” Yankovic is making the rounds, and we wanted to share it with you! 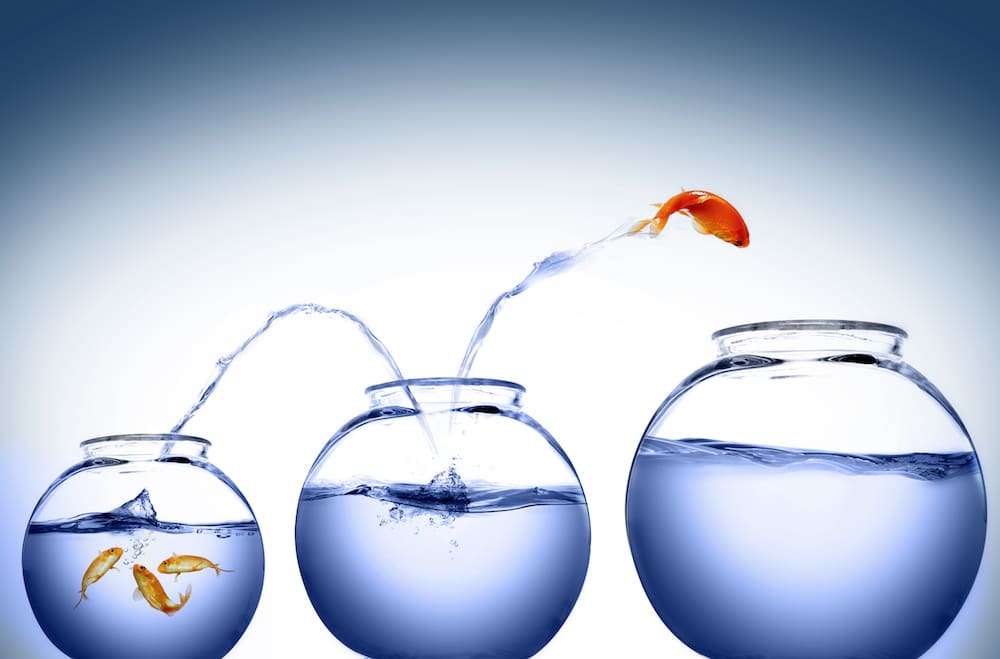 Q&A: Centres around vs centres on?

Each week, we take a look at a common confusions and ambiguities in the English language (that gives us about a century’s worth of material!) – making things easier through the power of friendly conversation… This week, which phrase is correct? Q: Hi there – a friend of mine wrote "I got published!": Stephen Denham

We love hearing from our students no matter what they have to say, but when we hear of a student being published, we just want to shout it from the rooftops! We’re a little scared of heights, so we’ll go with a blog post instead. Stephen says: I am a “I got published!”: Lucille Wong

We love hearing from our students no matter what they have to say, but when we hear of a student being published, we just want to shout it from the rooftops! We’re a little scared of heights, so we’ll go with a blog post instead. Lucille says: I did the Last week was the Southern Highlands Writers’ Festival, held in Bowral. I was thrilled to speak on a panel on “How to Get Published”, along with fellow panellists Carol George (Commissioning Editor at Penguin Books) and Laura Greaves (author of Be My Baby). Moderated by journalist and author William Verity, he suggested that the title was a misnomer. After all, these days anyone can “get published” when you consider that self-publishing has become very easy and is also extremely affordable.

William said that the more pertinent issue is probably “How to Sell More Books” and that brings in a whole raft of questions about marketing your book and yourself. The bottom line is that you might have the best book in the world, but that’s a moot point if no one knows about it. It may as well be still sitting in your bottom drawer!

What followed was a lively discussion on what you need to do in order to give yourself the best chance at increasing your book sales – and thus the amount of your royalty cheque. Confessions of a Qantas Flight Attendant

I was browsing through the bookshop inside the Qantas Lounge at Sydney Airport when I spotted this row of books in prime position, ready to be snapped up by travellers eager for an easy read on the plane.

It’s interesting that Qantas are so keen to show off the book, considering that this cheeky memoir is not just about what flight attendants get up to on the job, but is also a scathing account of what the author portrays as cost-cutting measures by an airline that has an uncaring attitude to its staff. Coupled with endless vignettes of high-flying fun, it’s also a unique take on Qantas’s human resources practices and its entry into (and exit from) different markets from 2001 to 2013.

Perhaps Qantas’s PR department hasn’t read it. Or perhaps they just have a fabulous sense of humour. Let’s hope it’s the latter. In Episode 21 of So you want to be a writer, we chat about ghostwriting: what it’s like to be a writer for hire, crime writing, 10 writing tips from HarperCollins editors, Stephen King’s tips for all writers, should you break up with your agent? 10 tips on blogging from Darren Rowse, Writing about being gay, Jewish and Melburnian. This debut novelist reveals all.

Eli Glasman is an author based in Melbourne, Australia. His first book The Boy’s Own Manual to Being a Proper Jew explores the complications of being a homosexual boy in the Melbourne orthodox Jewish community.

We caught up with Eli to discuss his writing process and the blurred lines between real life and fiction. "I got published!": Libby Hakim

We love hearing from our students no matter what they have to say, but when we hear of a student being published, we just want to shout it from the rooftops! We’re a little scared of heights, so we’ll go with a blog post instead. Libby says: I was published "I got published!": Ambra Sancin

We love hearing from our students no matter what they have to say, but when we hear of a student being published, we just want to shout it from the rooftops! We’re a little scared of heights, so we’ll go with a blog post instead. Ambra says: I was commissioned