The 10 favourite podcast interviews of 2020 We just love bringing the So you want to be a writer podcast to your ears – chatting all things writing, publishing and, of course, our favourite desserts. This year, the podcast not only turned six, we also released 61 new episodes – and had a lot of fun with our writing community along the way.

Even though it’s like choosing our favourite child, our favourite part of the episodes are the interviews with our writers in residence. And we’re in good company – in our 2020 podcast survey a whopping 93% of you said that you love the interviews too! It’s no surprise – our writers in residence are so talented and generous, and we learn so much from them.

So grab a cuppa and a slice of banoffee (or some chocolate). In order of total downloads, here are the 10 most popular episodes of 2020.

Sue McPherson is an Australian visual artist and author. Her first novel, Grace Beside Me, was shortlisted for the Prime Minister's Literary Awards. In this episode Alison talks to Sue about her YA novel Brontide. [Read the show notes]

Pamela Cook is the Australian author of four novels, co-host of the Writes4Women podcast and a presenter here at the Australian Writers' Centre. In this episode Alison catches up with Pamela to talk about Cross My Heart. [Read the show notes]

Charlotte Barkla is an Adelaide-based writer who has worked as a civil engineer and physics teacher. In this episode Alison has a chat with Charlotte about the first book in her debut middle grade series, Edie's Experiments. [Read the show notes]

Kirsten Alexander has worked as a non-fiction book editor, copywriter and features writer for The Age. The US release of her debut novel was a New York Times bestseller. In this episode, Valerie talks to Kirsten about her second novel Riptides. [Read the show notes]

Tony Jones is a Walkley award-winning political writer, and best-known as the former host of ABC’s Q&A. In this episode Valerie spoke to Tony about his second novel, In Darkness Visible. [Read the show notes]

Julian Leatherdale was an avid writer, first writing non-fiction and researching for documentaries. He wrote four novels of historial fiction including Death in the Ladies’ Goddess Club, a tale of murder, blackmail and family drama. Valerie spoke to Julian not long before he, sadly, passed away.  [Read the show notes]

Nick Gadd is a Melbourne writer of fiction and non-fiction. He’s won the Victorian Premier's Literary Award, the Ned Kelly Award and the Nature Conservancy Australia Nature Writing Prize. In this episode Valerie chats with Nick about his novel Death of a Typographer. [Read the show notes]

Andrew Stafford is a freelance journalist and the author of Pig City, a musical and political history of Brisbane. He’s written for The Age, The Guardian, The Saturday Paper, and The Monthly. In this episode, Alison talks to Andrew about his novel Something to Believe In. [Read the show notes]

Danielle Binks is a Melbourne-based writer, agent, and youth literature advocate. In 2017, she edited and contributed to Begin, End, Begin, which won the ABIA Book of the Year for Older Children. In this episode of the podcast, Alison chats to Danielle about her debut middle grade novel The Year the Maps Changed. [Read the show notes]

Before she became an internationally published author, Sandie Docker was a stay-at-home mum and casual swimming teacher. After studying at the Australian Writers' Centre, Sandie achieved her dream of becoming a women's fiction author. In this chat with Valerie, Sandie talks about her third novel, The Banksia Bay Beach Shack. [Read the show notes] 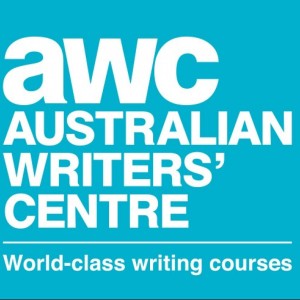